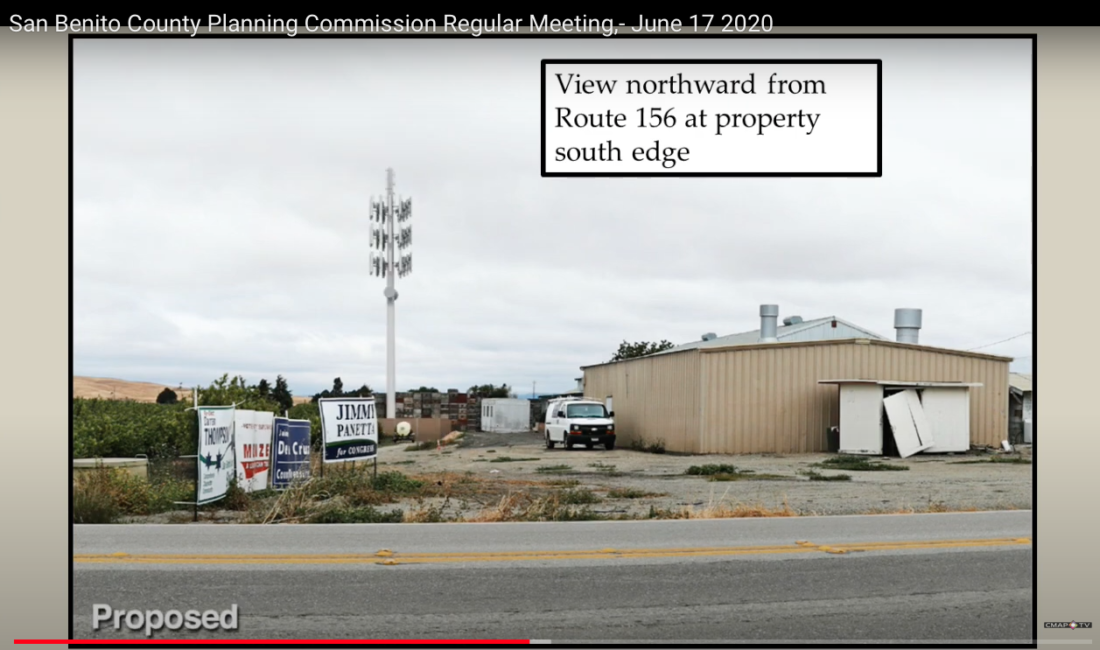 Image of the tower approved at the Planning Commission meeting. 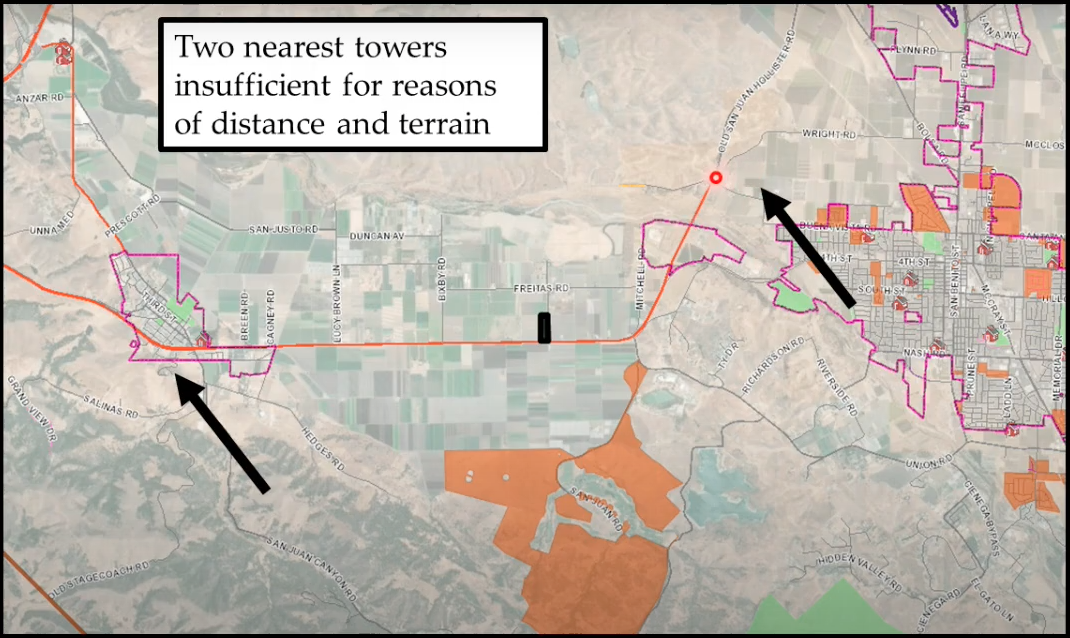 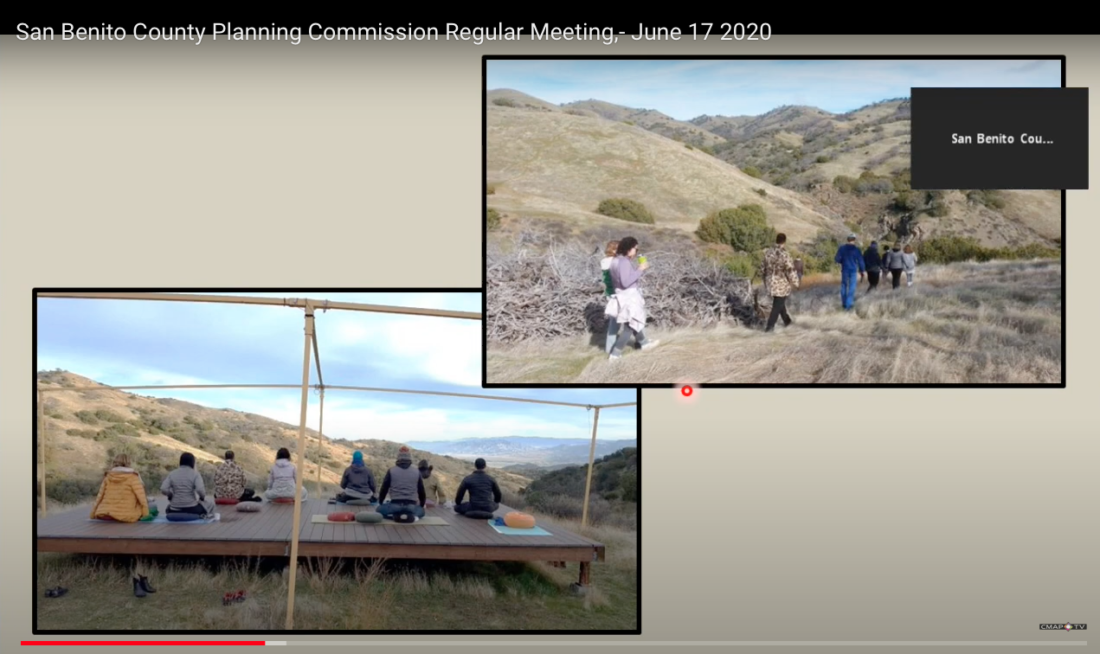 Images presented by the Planning Commission of visitors at the site where the retreat will be located. 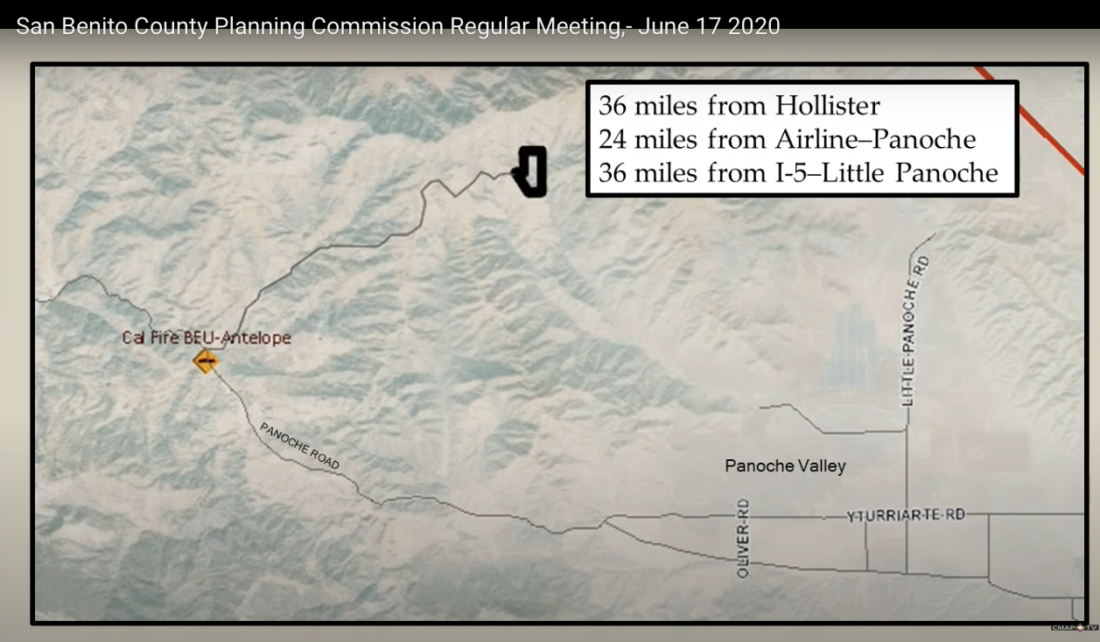 Location of the retreat. 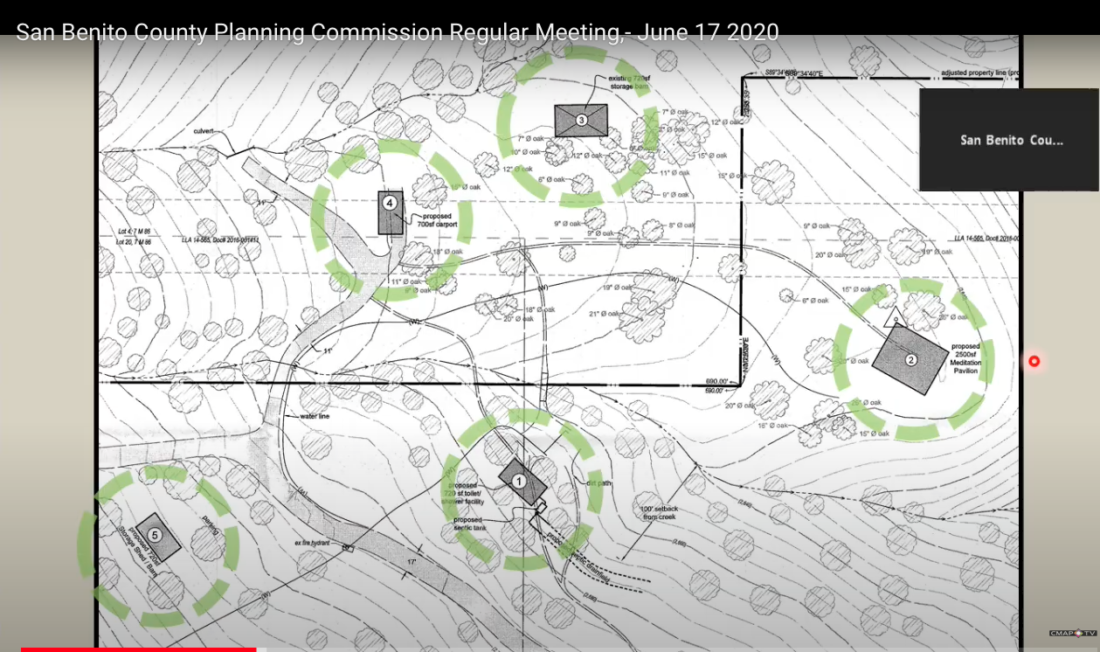 Locations of the proposed buildings at the site.
×

The San Benito County Planning Commission unanimously approved a use permit for a Buddhist meditation retreat site near the Panoche Valley and separately, a communications antenna near Highway 156 at its June 17 meeting.

The retreat site, located 36 miles east of Hollister, is intended to host monthly weekend events for 15 to 25 people. A 350-person event is also planned to occur every five years.

Associate Planner Michael Kelly said the applicant, Buddhist Foundation Diamond Way, proposed to construct a 720-square-foot bath facility, a 2,500-square-foot meditation building and two 720-square-foot storage buildings. The bath facility is proposed to be built within the first year of the permit being issued, while the other buildings are planned to be constructed later. The use permit also allows the applicant to provide temporary on-site cooking or catering.

Kelly said the site is zoned Agricultural Rangeland and Open Space combining districts, which allow for religious institutions and social clubs. Conditions of approval include parking only on the property and a requirement to have water tanks of 5,000 gallons for firefighting. The Buddhist facility is located at Willow Springs Lots 4 and 20, 4½ miles east-northeast of the Antelope Fire Control Station and 6½ miles northwest of the Panoche Road–Little Panoche Road intersection.

The applicant is John Merritt with Horizon Tower, LLC, and the property owner is San Benito County Supervisor Anthony Botelho and his wife Susan Botelho.

According to the meeting agenda packet, the antenna also includes two microwave dishes on the lower level and could potentially have 12 antenna units and 12 remote radio units in the middle. A six-foot chain-link fence will surround the tower.

While there are two communications towers in the area, Kelly said the new antenna could fill the gap created by distance and terrain. The closest antenna is at the intersection of Highway 156 and Buena Vista Road, approximately 2.5 miles from the proposed new antenna. The other is 3.5 miles away and stands on a hill near San Juan Bautista.

Commissioner Robert Rodriguez said while he liked the industrial look of the antenna, he asked Kelly if the county had previously agreed to make all antennas look consistent to make it more aesthetically pleasing, and whether this set a precedent to future aesthetic requirements.

County Planner Taven Brown said it was up to the commissioners to require a tree-looking antenna. He said the design was chosen to make it look similar to the surrounding buildings.

Assistant County Counsel Joel Ellingwood said that in land use, it would not set precedent because every property is unique in landscape, and that projects are judged on their merits.

“If you look at the photo simulations there are above-ground utility poles in the vicinity. It’s more similar to the look of the utility poles there than having an artificial redwood tree of similar height,” Ellingwood said. 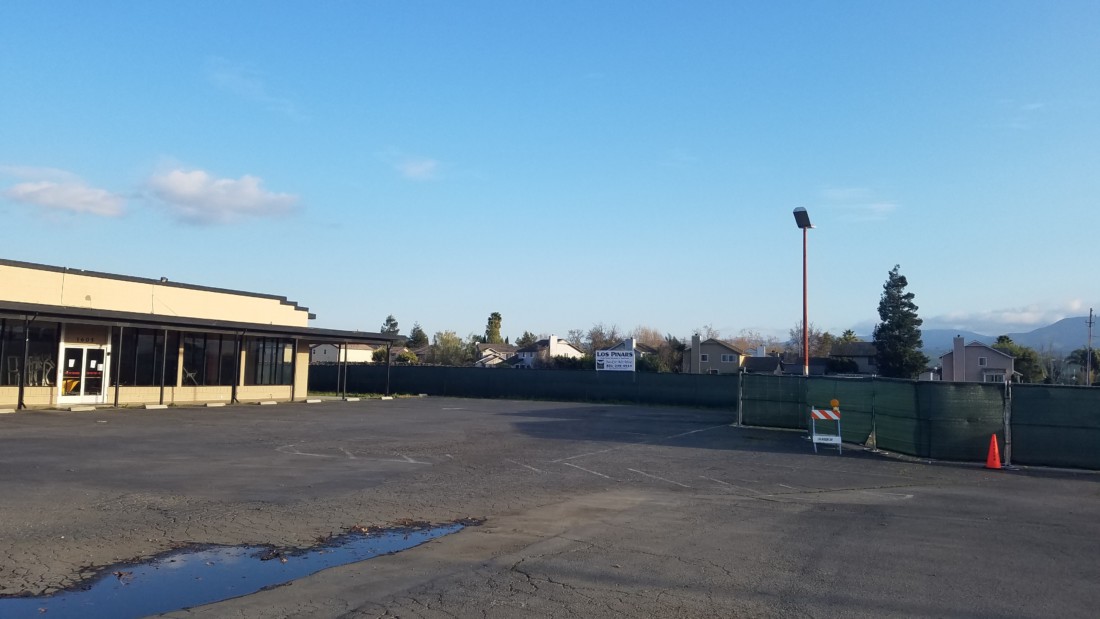 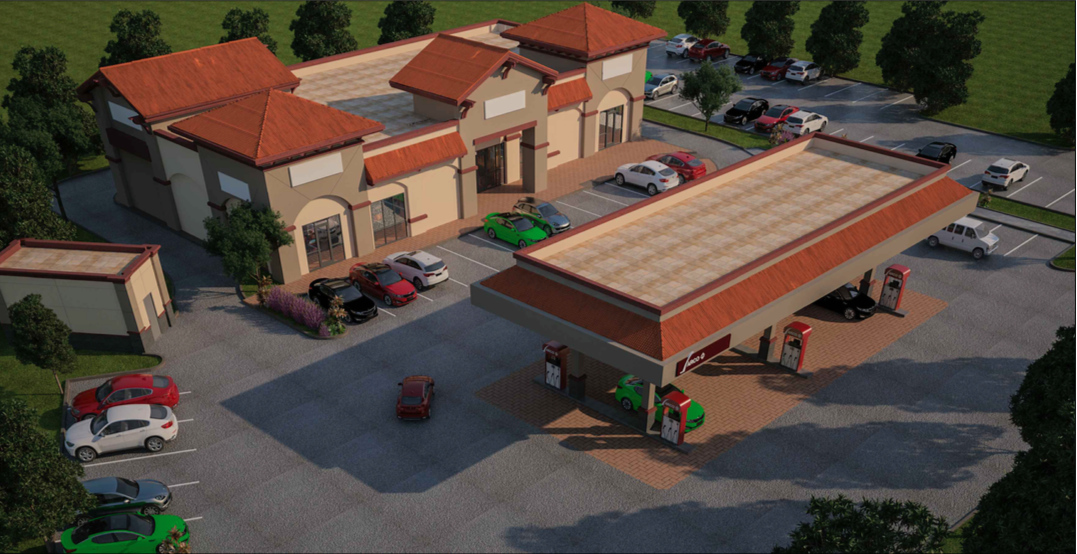 Owner will return in July with an alternative that reflects town character.