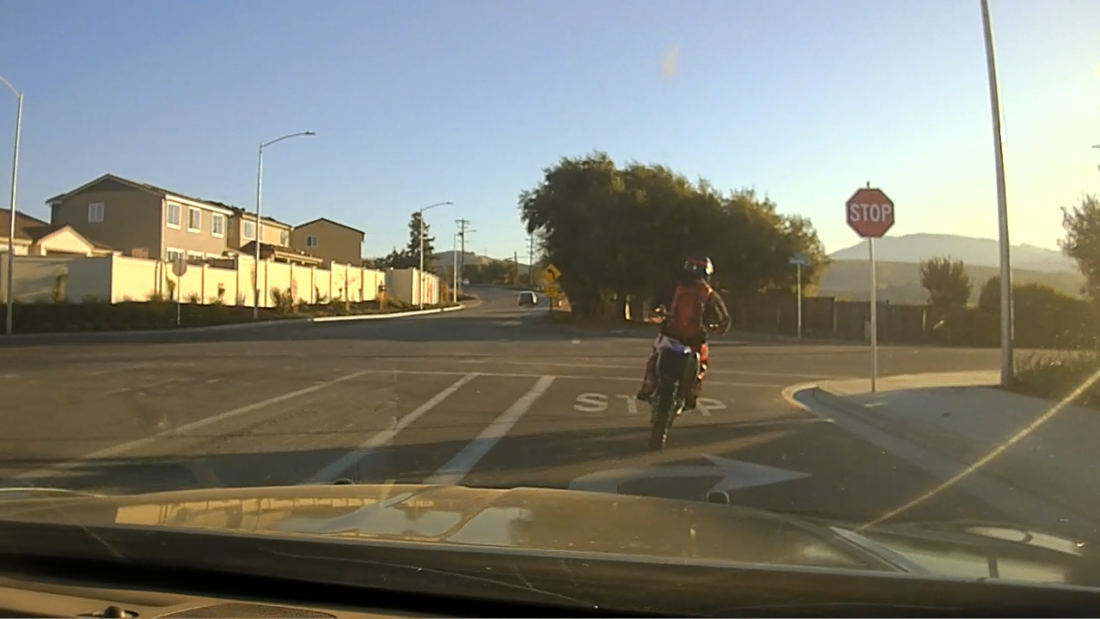 The San Benito County Sheriff’s Office is looking for information regarding a Nov. 30 pellet gun shooting.

Detective Jason Leist said a 50-year-old homeless woman reported being shot in the stomach with a pellet gun when she attempted to record video of two dirt bike riders in the San Benito River because she thought she knew them. He said the woman did not suffer major injuries and declined medical attention.

Responding to the call, Leist said that he attempted to make a traffic stop in the area when he came across someone riding a dirt bike. The rider fled, and after a short pursuit escaped by driving into the riverbed.

Leist said he believes the rider was a male in his early to mid-20s, on a 250 white and blue Kawasaki wearing a black hooded sweater, a reddish-colored backpack, black helmet and red goggle strap.

Though Leist saw only one person riding a dirt bike in the area, the woman reported seeing two riders, each with a pellet gun.

“The rider I chased could be totally separate, but I believe it’s connected because of the timing and area,” Leist said.