The draft maps can also be found on the SBHS website. The next public hearing will be held on Tuesday Oct.10. 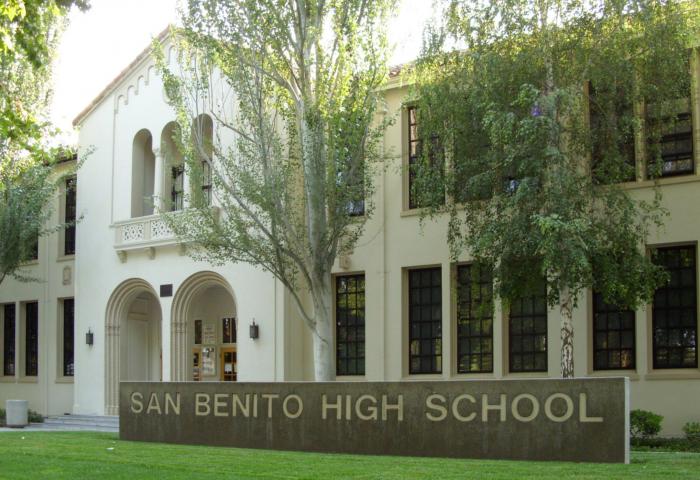 San Benito High School Board members held their first public hearing regarding the draft trustee area boundary maps at the Sept. 26 meeting. A pre-map process public hearing was held Sept.12 before any drafts were drawn.

First introduced by SBHS attorney William Tunick of Dannis Woliver Kelley (DWK) at the Feb.28 meeting, the district intends to re-draw district boundaries and transition from at-large elections to by-trustee area elections, according to the laws set by the California Voting Rights Act (CVRA).

During public comment San Benito County CARE Information Systems Deputy and resident Michael Parsons said the map that was being used was not representative of the district.

"My first concern, and I've already discussed this with the demographer is that the map that is being used for your maps is not accurate. The San Benito High School District extends into Santa Clara County and actually has 80 registered voters, 55 of which voted in the last election," he said. "I was concerned that if we can't even get the right map how do we know that we have the right data, that you're partitioning the map correctly."

He added that there were many "layers" to the voting systems of San Benito County and the draft maps didn't relate to them correctly, citing the city council districts, supervising districts, and water districts. He said all together there were 108 precincts in the county.

"My other concerns are related not to the district map itself but how it related to everything else in the county. There are many districts in this county and they all have to layer on top of each other. From those layers, when you have an intersection, that becomes a precinct that a person votes differently than the person in the precinct that may be across the street," he said.

"When we start splitting precincts, we start affecting voters," he said citing how the maps cut current precincts and by law will force some to vote by mail.

Demographer Douglas Johnson of the National Demographics Corporation (NDC) presented three versions of the draft maps (Blue, Yellow, and Green) as well as an interactive version that allows users to input their address and see what district they would belong to.

Johnson later added, "These lines that are drawn now will be used for the 2018 and 2020 elections, so each trustee area will hold one election and then new census data will come out. The new census data comes out in 2021 and at that point the board will revisit the lines. "

Drafts can be accessed on the SBHS website. The next public hearing will be held on Tuesday, Oct.10.