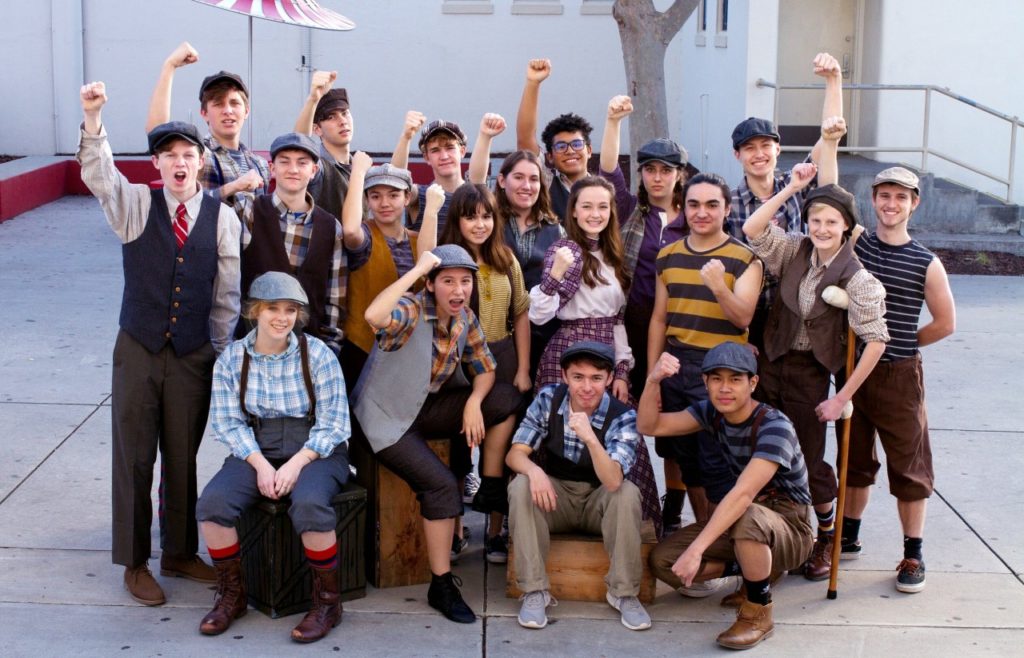 The San Benito High School Drama Club invites the community to their spring production of “Newsies.” Based on the real-life Newsboy Strike of 1899, this Disney musical tells the story of Jack Kelly, a rebellious newsboy who dreams of a life as an artist away from the big city. After publishing giant Joseph Pulitzer raises newspaper prices at the newsboys’ expense, Kelly and his fellow Newsies take action.

Performances are scheduled for March 29-30 and April 4-6 at 7:00 p.m. in the SBHS Auditorium. Tickets are $10 at the door, but students, kids under 12, and seniors can get discounted tickets at the Student Payment Center. The payment center is right outside the auditorium and is open until 4:00 p.m.

“It’s been a dream come true for a lot of the cast to be part of ‘Newsies,'” said Grace Richards. “Just the chance to sing the songs and dance the choreography and be a part of this show has been an amazing opportunity, and we’re thankful for it.”

Said Nick Rasmussen: “I wish I had done the SBHS musicals sooner.” His brother Joey, also a senior, added, “I’m glad we’re going out with a bang.”

Drama teacher Kristen Porter said the students have been a pleasure to work with, and that she was greatful for Music Director Amy Oelrich.

“She brings out talent that the kids didn’t even know they had,” Porter said of Oelrich.

The SBHS Drama Club is headed by student Jessica Parga. They put on three ComedySportz improvised shows during the year, as well as a Variety Show. The spring musical is their big production. They have about 20 club members who meet every Tuesday at lunchtime. They also participate in campus activities, such as the Air Jam, Homecoming Parade, and BLT.