It takes time to develop trust between players and teamwork...coach Becky Bonner sees the young team stepping up to the challenge. 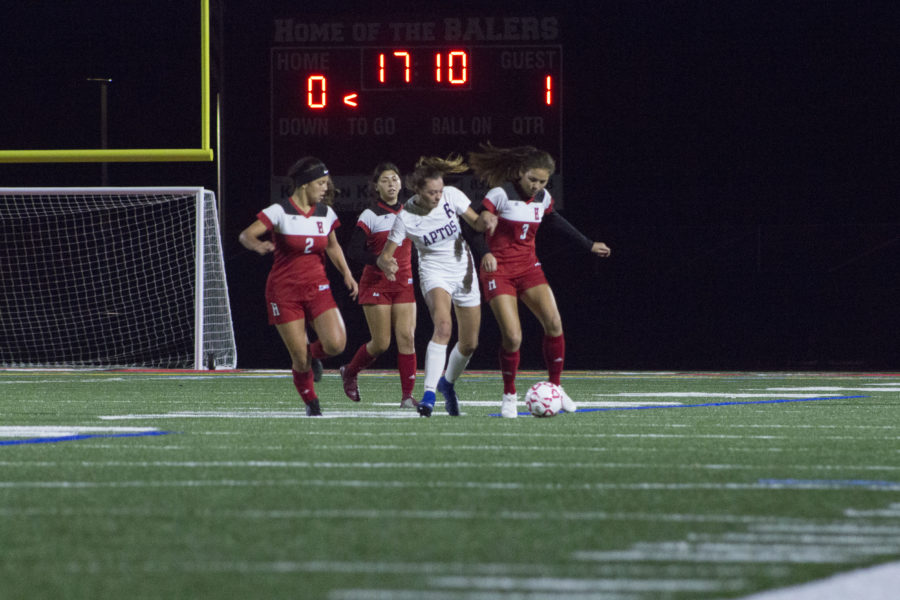 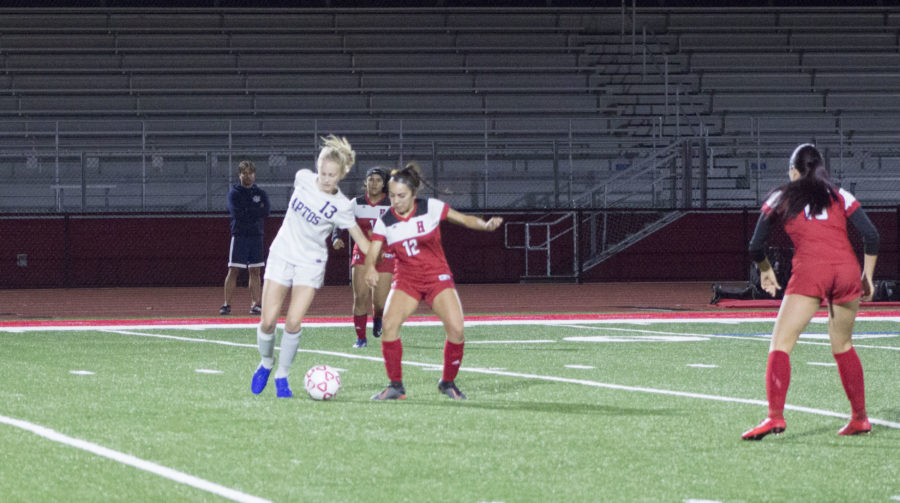 Amanda Garcia battles for the ball in midfield. Photo by Noe Magaña.
×

“I don’t ever think there is one or two players that make or break the team,” said Bonner, who also writes feature articles for BenitoLink. “I think it’s really the whole group, even the last girl off the bench.”

“For preseason we set ourselves up against A-league teams, B-league teams that have been champions before, and it’s really nice to see them holding their own against these schools,” she said. “They’re really close games that realistically, a few different things could have gone either way.”

One of the plays that didn’t go San Benito’s way was Aptos’ goal in the 12th minute of the second half, in which Baler goalkeeper Shaelyn Tamez stopped the initial shot. Despite Tamez’s second effort, Aptos scored off the rebound that left the ball inside the 6-yard box.

Though Tamez ended with two saves, Aptos tested her throughout the game with multiple shots outside the 18-yard box that were off target. Tamez’s second save came at the eighth minute of the second half with a diving effort.

San Benito tried to control the game with ball possession, but that didn’t translate into scoring opportunities as they managed two shots on goal. The most dangerous was team captain Maya Peterson’s shot off a bouncing ball inside the 18-yard box following a throw-in. Her shot, however, was wide right.

“It’s just going to be working through the kinks in the preseason to develop that as a group because part of it too is team chemistry,” Bonner said. “And the great thing is they all really like each other, they really care about each other, but again we’ve only been two games in so we’re still working out the chemistry on the field and figuring out who’s going to play in what position when the season starts up.”

Peterson isn’t focused on the early results, but rather on how the team is improving collectively.

“Even though there’s a lot of young players on the team, we’ve started to work really well together,” she said. “I know that it’s just going to keep improving throughout the season.”

Peterson added that as the players get more comfortable with each other, the passing lanes and patterns will develop and create more scoring opportunities.

Given how the Balers have competed early in the season, Bonner sees a silver lining. “I’m proud and impressed that these young girls are stepping up,” she said.

Editor’s note: Aside from being a teacher and coach at San Benito High School, Becky Bonner is also a BenitoLink freelance feature reporter.