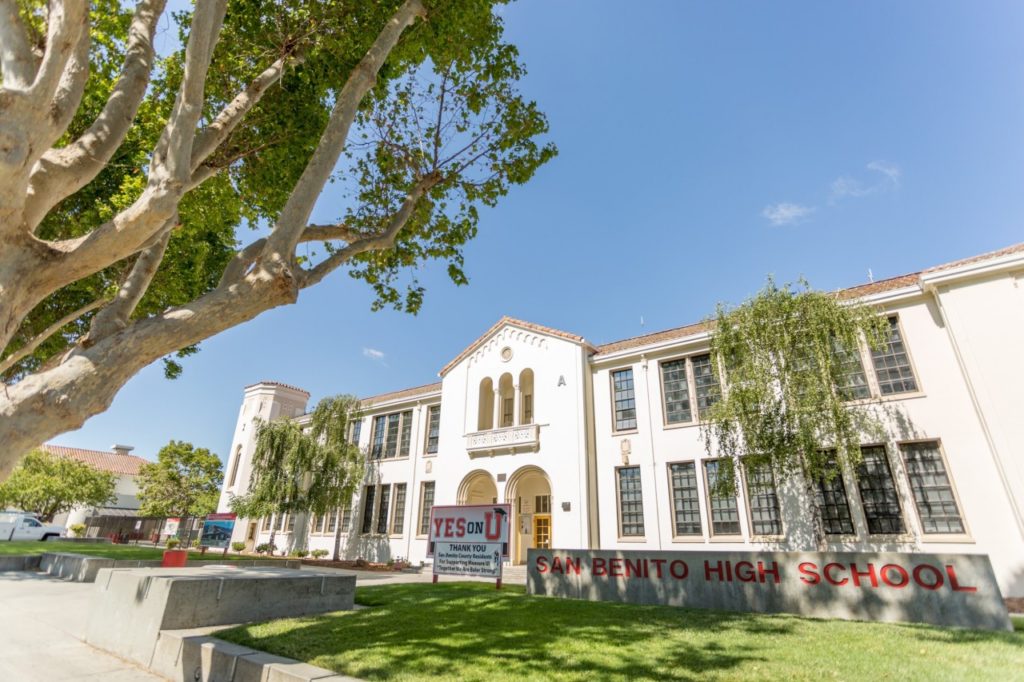 On Tuesday, September 5, 2017, President Donald J. Trump announced he was ending the federal Deferred Action for Childhood Arrivals (DACA) program.  The DACA program, enacted in 2012, enables young undocumented immigrants who were brought into the country as children to continue to live, study and work in the United States. In California, over 200,000 young people have been protected under DACA’s provisions.

The San Benito High School District has great concern and empathy for any student or family that may be affected by this policy change. The District has consistently supported the constitutional right of all students who reside in the District to receive a free public education, as affirmed by the United States Supreme Court in 1982. Simply put, all children are welcome in our school, and this includes DACA students. The District will not discriminate against undocumented students and will not request information regarding immigration status or in any way exclude students based on actual or perceived citizenship or immigration status. The District will continue to follow federal and state law in regards to protecting confidential student records and other information indicating immigrant or citizenship status, and such information will not be released except as required by law.

This is consistent with the District’s longstanding practice.  San Benito High School District joined other districts throughout the state in adopting a Safe Haven resolution shortly after the election of President Trump last November which made it clear that the District was committed to protecting the rights of all students and families without regard to citizenship or immigration status.  Our School Board believes strongly that every student has a civil right to a free public education and is committed to serving all children.

Soon after President Trump’s announcement, California State Superintendent Tom Torlakson denounced the decision to end DACA. He told California’s public school students and their families that California will keep protecting and supporting them. He stated: “These students embody the American dream.  Their hard work, energy, dedication, and diverse backgrounds help them contribute to our economy, while adding to the rich cultural heritage that makes California a dynamic global leader.” He concluded: “Our great state will continue supporting these terrific students and their families.”  Similarly, the President of the California School Boards Association, Susan Henry, issued a statement yesterday emphasizing and reinforcing California’s public schools’ “civic and legal duty” to welcome and serve all students, regardless of race, socioeconomic background, gender identity, religion or citizenship.

The San Benito High School District echoes these sentiments and will continue to support all students to the fullest extent of the law.

The District will continue to closely monitor this issue and will notify you of any important developments.  As of today, we are aware that 15 states and the District of Columbia have already filed suit against the Trump administration over the DACA termination decision.  As it currently stands, the DACA Program is set to end in six months, giving Congress time to find a legislative solution for those persons affected.  Those already enrolled in DACA remain covered until their permits expire, and if their permits expire before March 5, 2018, they are eligible to renew them for another two years provided they apply by October 5, 2017.  The program is not accepting new applications, however.  Superintendent Torlakson has joined a chorus of voices calling on Congress to act swiftly to restore the program, an outcome the District also supports.

In the meantime, we wish to reassure you that the District will provide support and counseling to any students affected by this decision in the coming months, and our staff will be reminded of their duty to educate and support all students who attend school in the District.  Our primary mission is preserving student safety and equality in the educational process.