Process will resume at June 11 meeting. 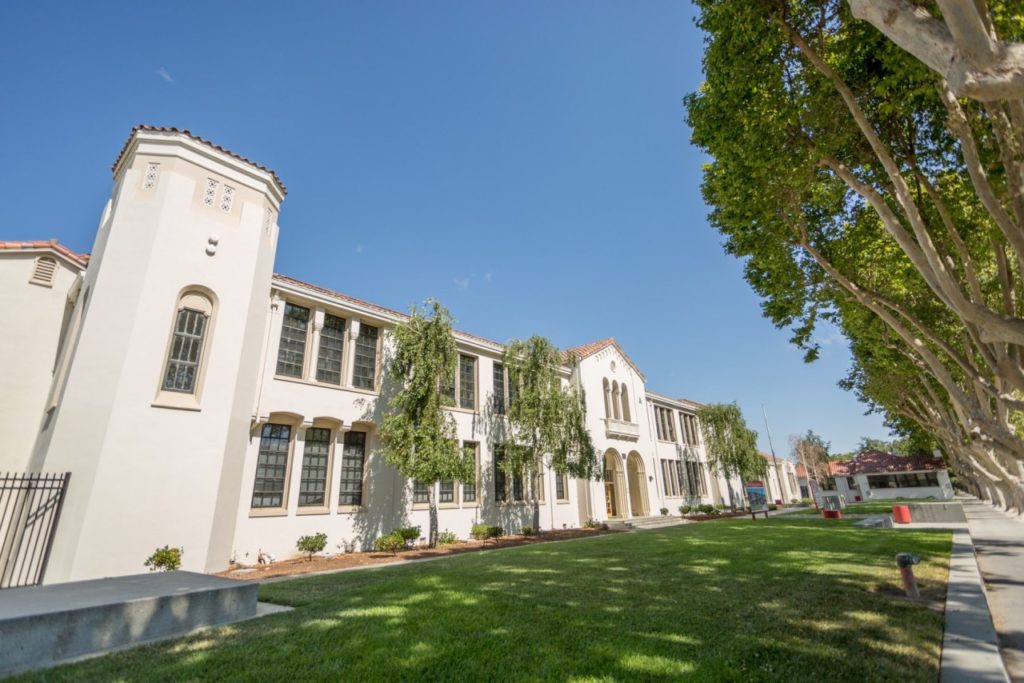 As construction projects at San Benito High School move closer to completion, the school’s board of trustees discussed its policy on naming buildings at its May 28 meeting. After more than 20 minutes of discussion, during which a trustee said he suspected a Brown Act violation, the board moved to continue the item to the June 11 meeting.

Superintendent Shawn Tennenbaum said that at the June meeting, he will present a list of possible facilities to be named and have the board prioritize which facilities to name first.

The item seemed to take Trustee Juan Robledo by surprise. He said he sensed there was a Brown Act violation because trustees might already have people in mind to name the buildings after.

Board President Steve Delay said the item was brought to the board for discussion based on a conversation he had had with Tennenbaum about naming the football stadium press box. Other trustees said they had not spoken to anyone about naming any facilities.

That did not seem to satisfy Robledo, who continued to say the process looked suspicious. Robledo was the lone vote against tabling the item.

Among Robledo’s concerns was the naming of older facilities like the Career Technical Education building first before moving on to naming the new ones.

According to the November 2018 policy included in the meeting agenda packet, district facilities can be named after individuals, living or deceased, or entities that have made an outstanding contribution to the school or that have state, national or worldwide significance. A facility can also be named after the geographic area in which it’s located.

Trustee John Corrigan said that while the district needs to be thoughtful about who it names the facilities after, the policy allows the district to terminate any naming right if that individual or entity acts in a way that does not reflect the school’s ethical standards.

The board also discussed how to get input from the community while still moving swiftly through the process. Robledo suggested listing the facilities and asking the public for name suggestions, along with statements explaining why a facility should bear the suggested name. From there, he said, the board can narrow it down and ask for public input again.

While the board can take suggestions from the community, it’s ultimately the district’s decision to make, Delay said. Trustee Miguel Sahagun said it would be chaos if the process involves that much input.

“We’d never be able to get out from under it.”