The former school board member and wrestling supporter was a longtime teacher at Methodist Preschool. 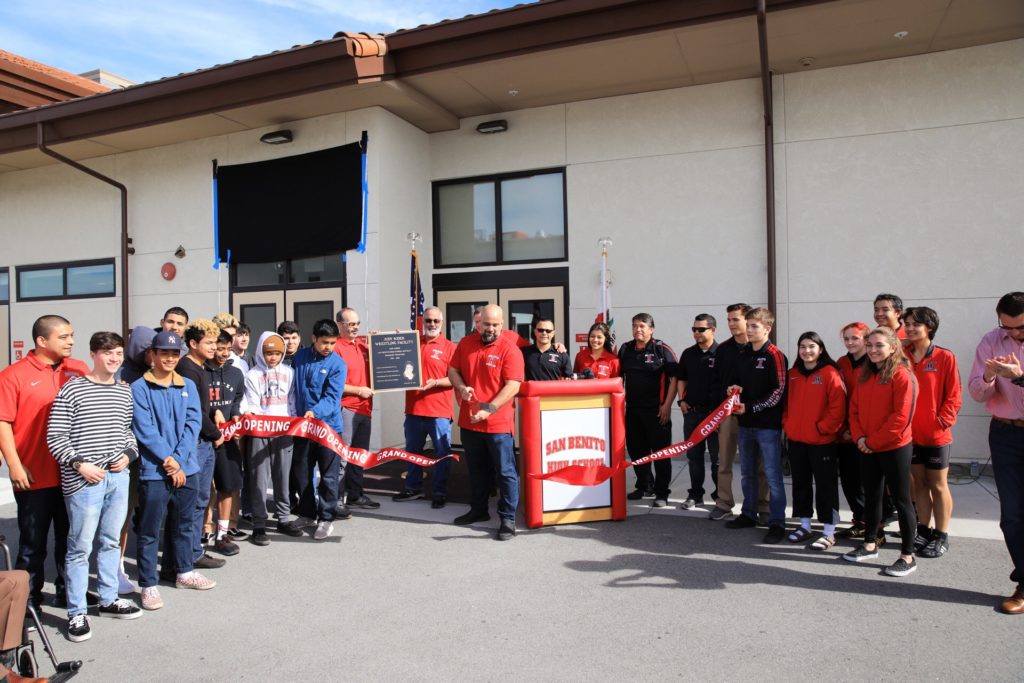 A ribbon-cutting was held as the facility was dedicated. Photos provided by SBHS. 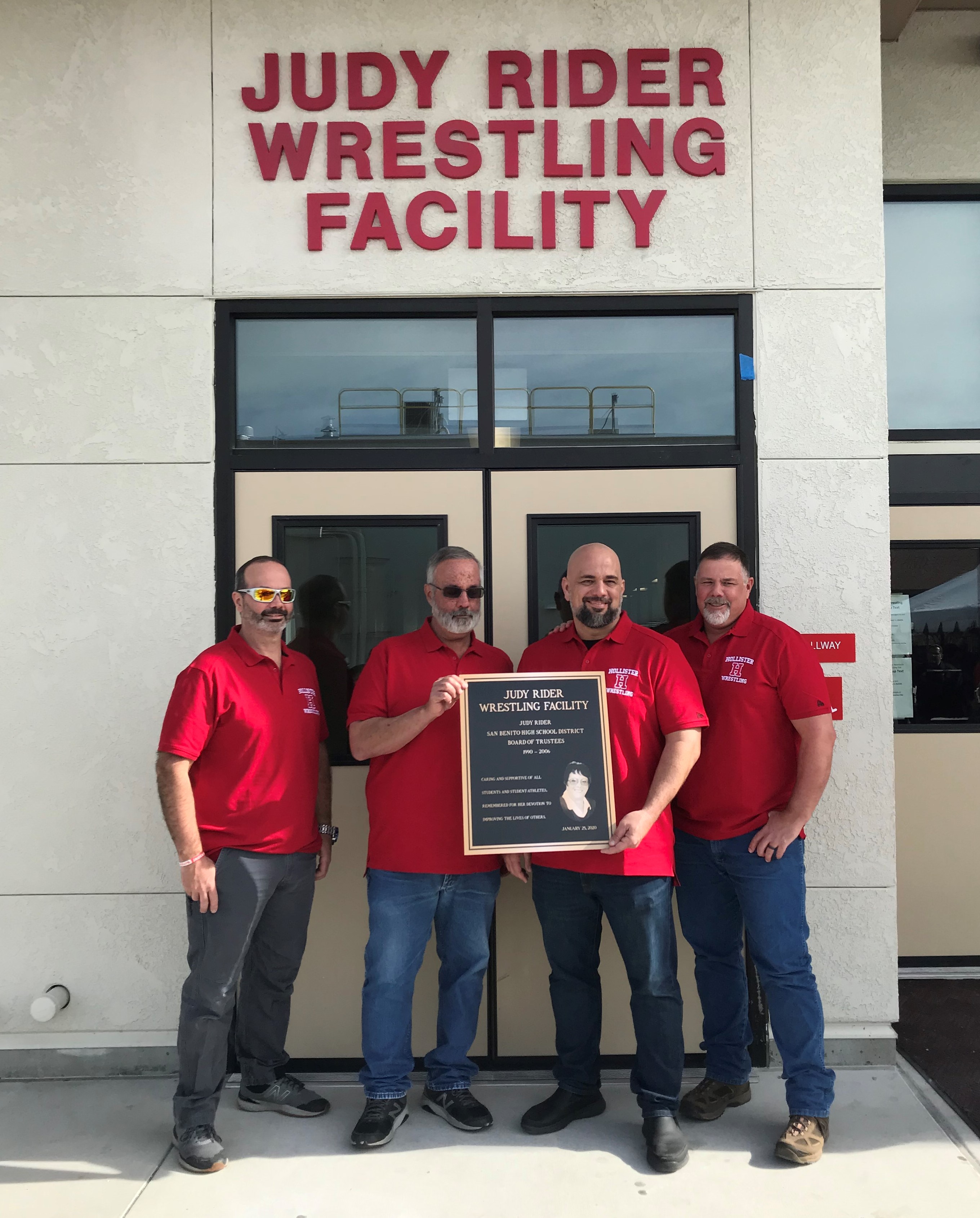 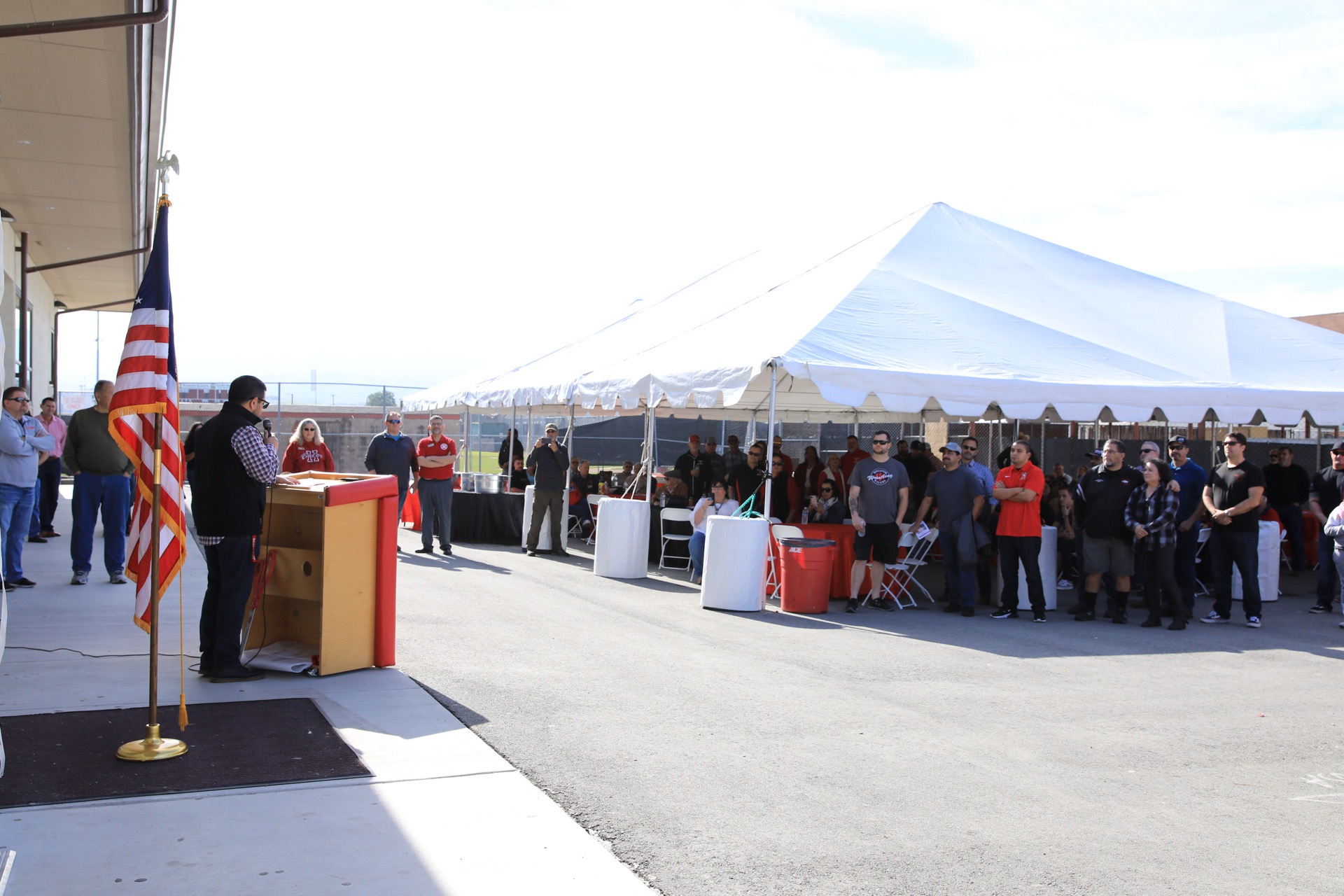 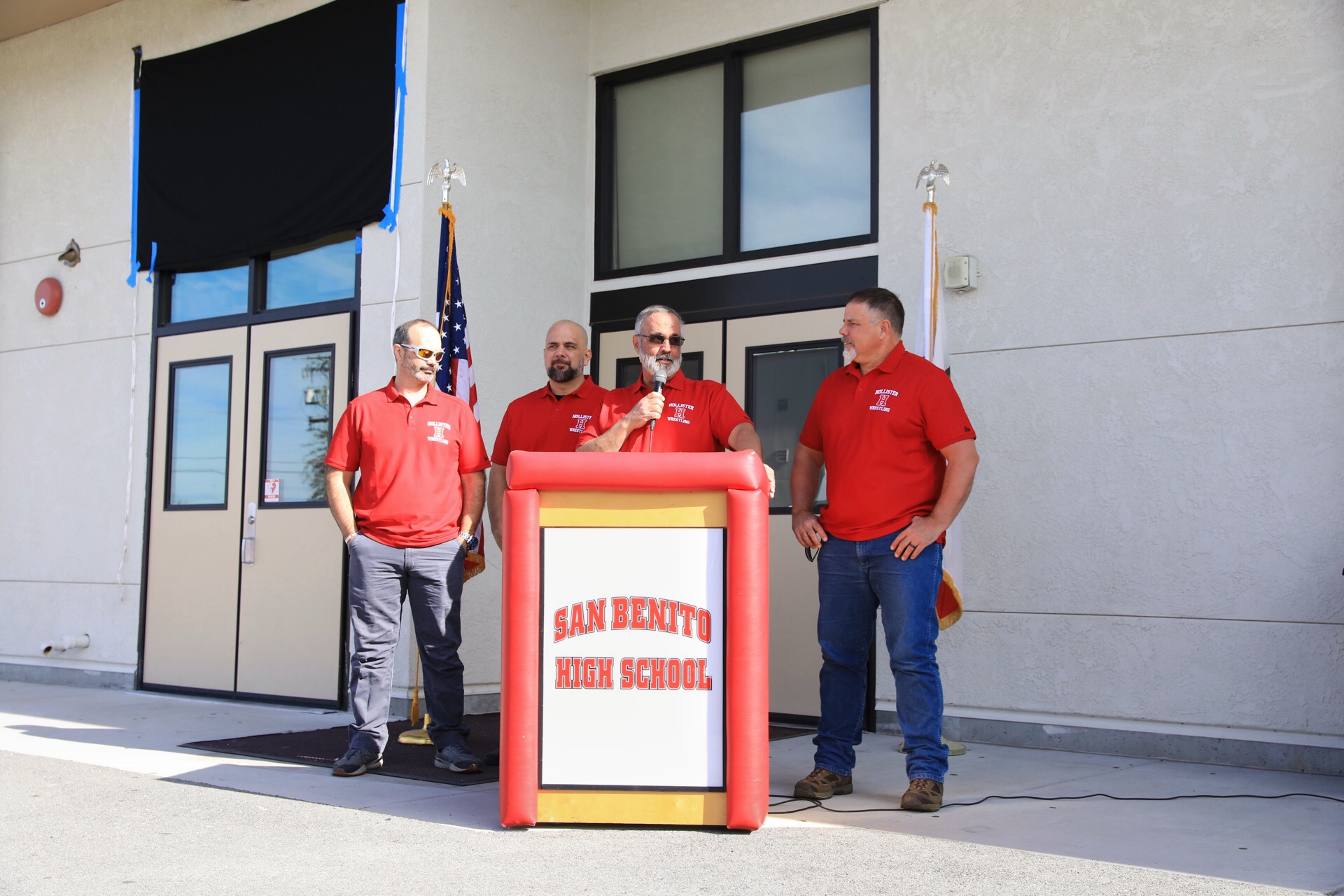 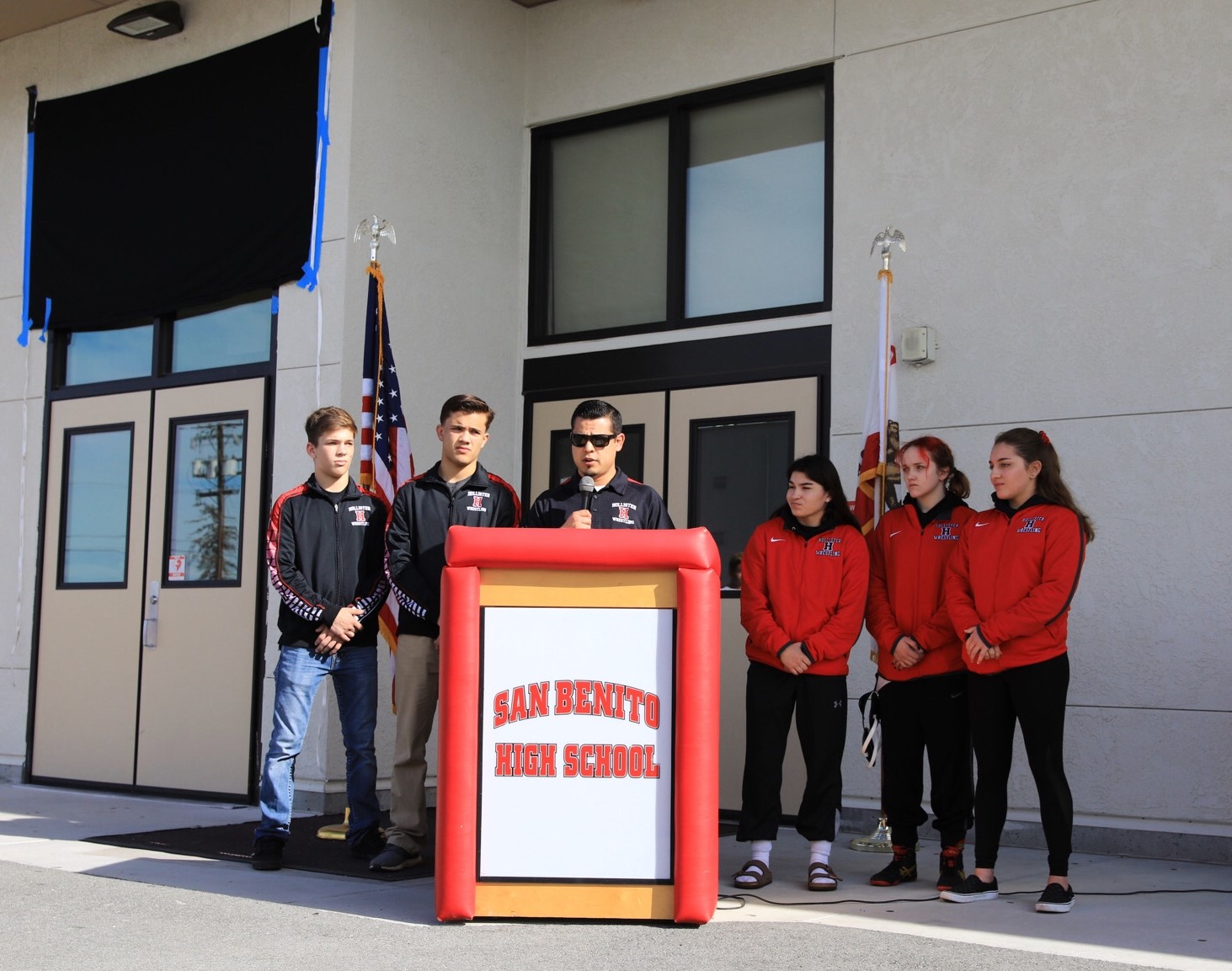 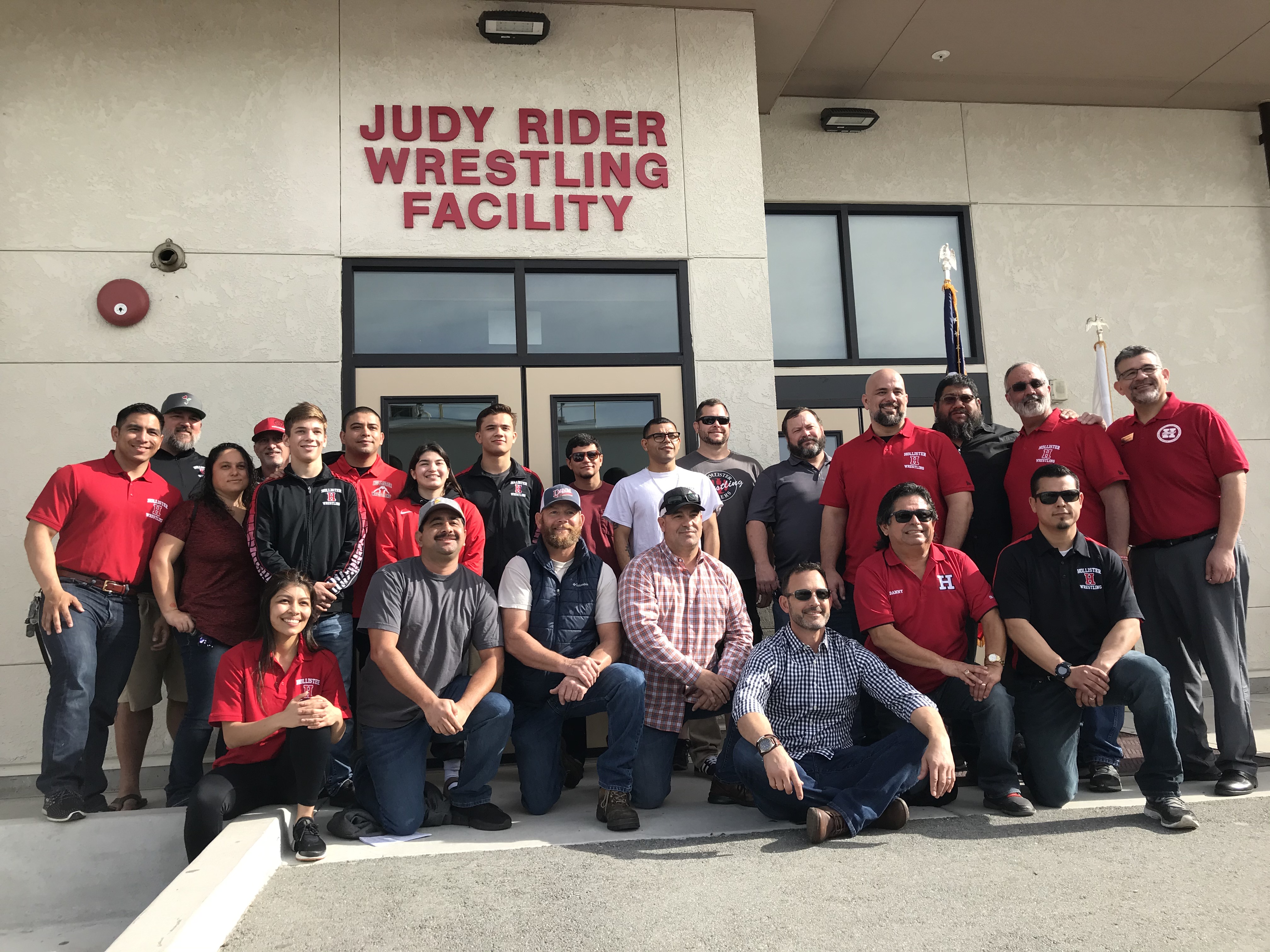 This article was contributed by San Benito High School.

The SBHS Board of Trustees on Nov. 19 approved the naming of the campus wrestling facility after Rider, a former board member and wrestling supporter who passed away in 2006.

Dozens of Rider’s family and friends, along with Baler wrestling supporters and alumni, were on hand for the ceremony, during which Rider’s sons (and Baler alumni) Tim, Bill, Ken and Donny, were on hand to reveal the facility name and receive the plaque that will be placed inside the Mattson Gym facility.

Principal Adrian Ramirez noted that Rider years ago had a vision for a Baler girls’ wrestling program, and that she would be proud that more than 300 female wrestlers from various schools were participating in the Lady Baler Bash.

Baler varsity wrestling coach Steven Salcedo, who remembers the support Rider provided for him, his brothers and the entire wrestling program for years, said “she wouldn’t want the spotlight on herself today, but I’m glad that Judy will be honored for today and for many years to come.”

Salcedo also announced that the Lady Baler Bash would be renamed next year to honor Rider’s contributions to the wrestling program.

“Mrs. Rider supported and guided thousands of students and student-athletes to grow and develop into successful men and women,” he said. Founded in 1875, San Benito High School provides a rigorous and relevant curriculum to approximately 3,000 students, with the goal of preparing them for the demands of college, careers, trade or technical schools, or military service. The mission of SBHS is to education ALL students to their highest potential, so they will have the greatest range of personal options upon graduation.