David Baumgartner writes that everything that revolves around the sun should be considered a planet. 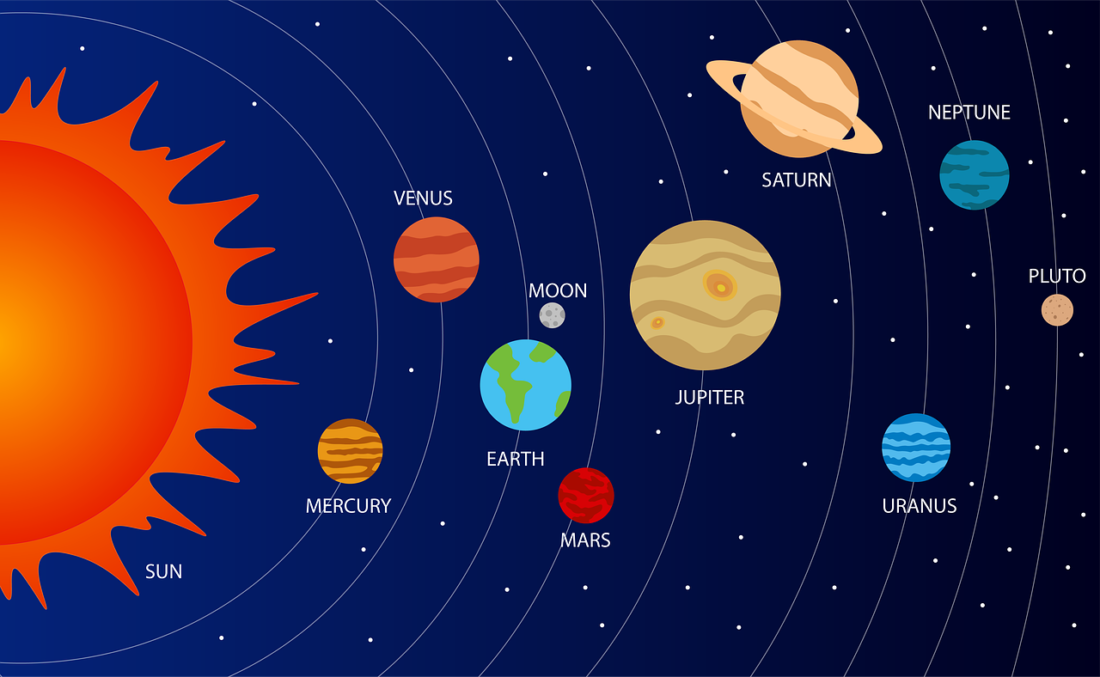 Sister St. John asked her eighth grade class: can anyone name the nine planets in succession from the Sun? And from the front row, because this class clown was always in trouble and was made to sit there, little David was the only one to raise his hand. “I know Sister,” said little David. Sister was quite surprised with the response from up front because little David wasn’t known to be the sharpest bird in the nest, and she was pretty sure that his answer would be wrong, or he would surely make fun of the pronunciation of Uranus. So, she gave some extra time to give someone else the opportunity to raise their hand with a better chance to answer the question, therefore eliminating any embarrassment to her from the acknowledged class clown.

It seemed like an eternity, as little David’s arm was turning white from pointing to the ceiling, waiting for acknowledgement from his teacher so he could proudly show not only the teacher, but also the whole class, that he did know the answer. By now it was becoming evident to Sister that no one else was going to raise their hand to save them all from little David’s almost assured wrong answer.

Finally it got to the point were Sister St. John had no recourse but to give the front row mischievous dweller a chance at answering the question. She looked at David with concern, and David looked back at her with anticipated excitement. “Okay David,” Sister said, “what is the answer?”  Little David pops out of his chair, the whole class, as well as the teacher is wondering what is going to come out of David’s mouth? Would the class clown come up with something humorous, as he usually did, or will he come up with the right answer?

“Yes Sister, “David said, “the nine planets in succession from the Sun are: Mercury, Venus, Earth, Mars, Jupiter, Saturn, Uranus, (with proper pronunciation) Neptune, and Pluto.” He spurted the answer out so fast and correct that hardly anyone knew if he had answered the question right or not. Well, he was right for sure. And from that day on everyone knew that if they had a question about astronomy, that little David would have the answer, and it would indeed be correct.

Most everyone treated me special after that day (you had to know that little David was going to be me), knowing at least that I had knowledge about something. Except for Sister St. John, she always had her hands full with me, and rightfully so.

So where is big David going with this, you might ask? Well by now I’m sure everyone has heard about the re-designation of the planet Pluto by a handful of astronomers. I seem to have a little disagreement with this re-naming of our ninth planet the way they did. Next they will be trying to give new names to moons that revolve around the planets just because some might be smaller or farther away from their host planet, or composed of different material. Or maybe a little moon was captured by the host planet’s gravity, instead of being formed along with the planet. Who knows?

First off, the word “planet” is a Greek word meaning “wanderer.” So any object around our Sun that wanders in our sky and is not stationary, such as the stars, should be considered a planet.

Let’s look at the nine known planets, Mercury through Pluto. They have all been called planets since the 1930’s when Pluto was first discovered, and that seems good enough for me. They all wander through our sky, so they should be called planets. Now what about the asteroids? These small bodies wander around the Sun mostly between the planets Mars and Jupiter, and therefore through our dark skies and should also be called planets. We have comets that come to visit our skies from far out reaches in space. They wander, so maybe we should call them planets as well. And in these far out reaches of space, known as the Kuiper Belt, it almost seems daily that new bodies are discovered circling the Sun, one bigger than Pluto so far. More planets I guess.

I hope by now you are getting my point. It is my belief that everything that revolves around the Sun should be known as a planet. I don’t care, and it shouldn’t matter, how big, or small, or what their contents are made of, they should all be known as planets. And then classify all bodies into different categories of planets, if that makes them happy.

We could have rocky planets such as: Mercury, Venus, Earth, and Mars. Next we could have the gassy giant planets like: Jupiter, Saturn, Uranus, and Neptune. And if you want to call Pluto, and any other object that is discovered later on past this area a dwarf-icy planet, then fine. Asteroids could be called, you got it, asteroid planets. And lets not forget our comets, we could call them dwarf-icy-comet planets, if you would like. I’m sure the astronomers could come up with some better sounding names for these categories. But then again, I’m not sure if I want them in charge of that job.

Should new wandering objects be discovered in time then they could be placed into any one of the established categories. And if we happen to find a new object that doesn’t fall into any existing category properly then we can come up with a new planet category that will best describe the new object. But let’s give the scientists credit, they did finally come up with special designations as I suggested above.

It seems so easy to me. Just leave my planets alone. Don’t try to tell me that Sister St. John was wrong all these years in telling me that we had nine planets. And especially don’t tell me that Pluto is not one of them. It would make Sister St. John very mad. And most of all, it would have made my answer wrong on that day long ago and I wouldn’t have been treated so special after all.

Here Pluto, here boy. Oh, you are still there.

October, this is the month I have been waiting for all year. The night sky shows off a little bit of everything this month. Be sure to take the time to see what the skies have to offer. Mars is only 38 million miles from earth while showing off the unusual feat of out shining the big one, Jupiter. Being Earth’s orbit is closer to the Sun than Mars’ orbit, and travels a little faster than Mars, every two years our planet catches up with the Red Planet giving us the best look of Mars possible. If you have one, bring your telescope out this month and see what Mars has to show you. When they say size matters, it is so true with telescopes, especially when it comes to Mars. But on the contrary, you would be surprised how much you can see with a smaller scope.

Just to make things better; this month you will be able to see the moons of Jupiter, the rings of Saturn. And don’t forget the Orionid meteor showers peaking on Oct. 21. They should be quite favorable this year with the Moon setting around midnight to give you the best views. We should be able to see an average of 20 hits per hour if the weather gods co-operate. The speedy Mercury pops its head up for a short period of time at the first of the month. Also at the first of the month, Venus is the early bird showing itself around four in the morning up until sunrise. And if you are really into it hunt for the interplanetary visitor 88P/Howell Comet. It will be around all month long. Good luck on that one.

A number of us get together at the Historical Park located just north of Bolado Park. Keep an eye out for the “What’s happening in Hollister” Facebook group for our notice of dates when we are setting up our scopes there. You are more than welcome. This way you have it made, you don’t even have to have a telescope.

Make sure you take advantage of the super skies in October.  I don’t want to hear that you missed it all.