David Baumgartner writes that on Dec. 21, Jupiter and Saturn will be close enough to each other to look like a double star. 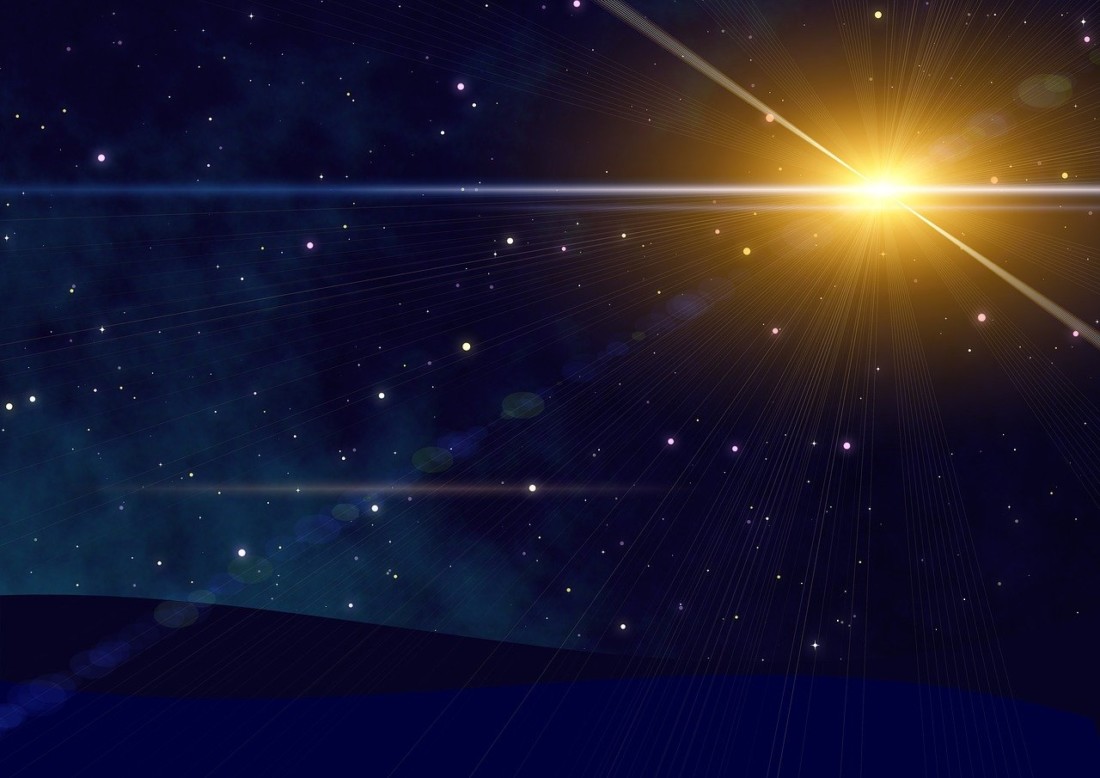 Can you imagine gathering up some gold, silver, frankincense and myrrh, and even knowing what those last two were? Then climbing up on your trusty smooth riding camel, along with a couple of astronomy buddies of yours, and heading out following this bright star and having the faith to believe that this star will lead you to the baby known as the king of the Jews.

And try to imagine you three astronomers of San Benito County decided to make this sort of trip following this bright star to Tres Pinos with the kind of wealth the three kings had with them on their journey to Bethlehem. I would think by the time you approached Ridgemark that you would have been pulled over by the CHP and taken to jail for lord knows what, with the camels going directly to the pound. Who knows what would have happened to the gold and such.

Now to our three kings; they were known as Magi, early astronomers. They knew their skies and when a new star appeared in the sky they recognized it as such and believed it was a notice from God that his son the new leader of the Jewish people had arrived. For years astronomers have been trying to figure out what was this brilliant light in the sky that the Magi saw? No one really seems to know. Part of the problem is that no one knows exactly when the Magi went on their journey; otherwise if the scientist did know the exact date then they could figure out what was in the sky at that time and pretty much know what that bright object was.

All that scientists can come up with is what the possibilities could be.  Here are a few: 1) A close grouping of two or more planets, such as is happening this month, or joined by a star to make it even brighter. 2) A Supernova. 3) A comet, so bright that sometimes can be seen in the daytime. 4) Or maybe, just maybe, it was God’s doing. What a concept.

Well the three kings, I figure with sore behinds by this time, did make it to Bethlehem with all their gifts intact. From different stories I’ve read this trip would take them up to three months to arrive to their destination. Where they would eventually end up, they had no idea. I would imagine GPS would have come in handy at this time.

As long as I can imagine I remember seeing the stable with Joseph, Mary, and the baby Jesus surrounded by the three kings, and all the barn animals. And let’s not forget the sheep herders and the wagon salesman from down the road. I’m not real sure about that last one. But my point here is that everyone is all together, the family, the three kings, the sheep herders with their flock, along with the many barn animals, all admiring the newborn king. I vaguely remember from my eighth grade teacher from Sacred Heart School, Sister Saint John, that all the visits to the stable were spread out over a period of months. So who took that picture of all of them together? It had to be fake news….

I was brought up to believe that it was God’s doing. But on the other hand, if it wasn’t, then I would like to know what was this bright light in the sky, later on to be called the Star of Bethlehem (or the Christmas Star, or the Nativity Star),  and how did it come to be?

On Dec. 16 two planets, Jupiter and Saturn, will come together along with the crescent Moon, so close together that you will be able to catch them all together in a single telescopic view, or better yet a great photo opportunity. Jupiter will be the brightest star.

Probably the most unusual event will be on the evening of Dec. 21 when Jupiter and Saturn are about to accomplish something that hasn’t happened in nearly 800 years. They will look like a double star being so close to each other. Though we see the two planets close together, actually they are millions of miles apart, Saturn being the farthest from us. The last time they got this close to each other was in the year 1226. This month’s event has been dubbed “the Christmas Star.” Both of these unusual sightings will happen just after sunset on Dec. 16 and Dec. 21, the start of the winter solstice. Just for kicks, try following the star group and see where it takes you. And don’t forget the frankincense and myrrh; you never know who you will run into.

So make sure you get out there sometime this month and witness these two events. For if you miss them it won’t occur again until some 40 years from now. I don’t know if you can hold out that long.

So at least we have one positive event that is happening this year, and it’s not political in any way. Now don’t miss your chance here.

Have a safe rest of the year and hope next year is a better one for all of us.