David Baumgartner writes about the sky's ecliptic line, which is the path that the planets and sun follow. 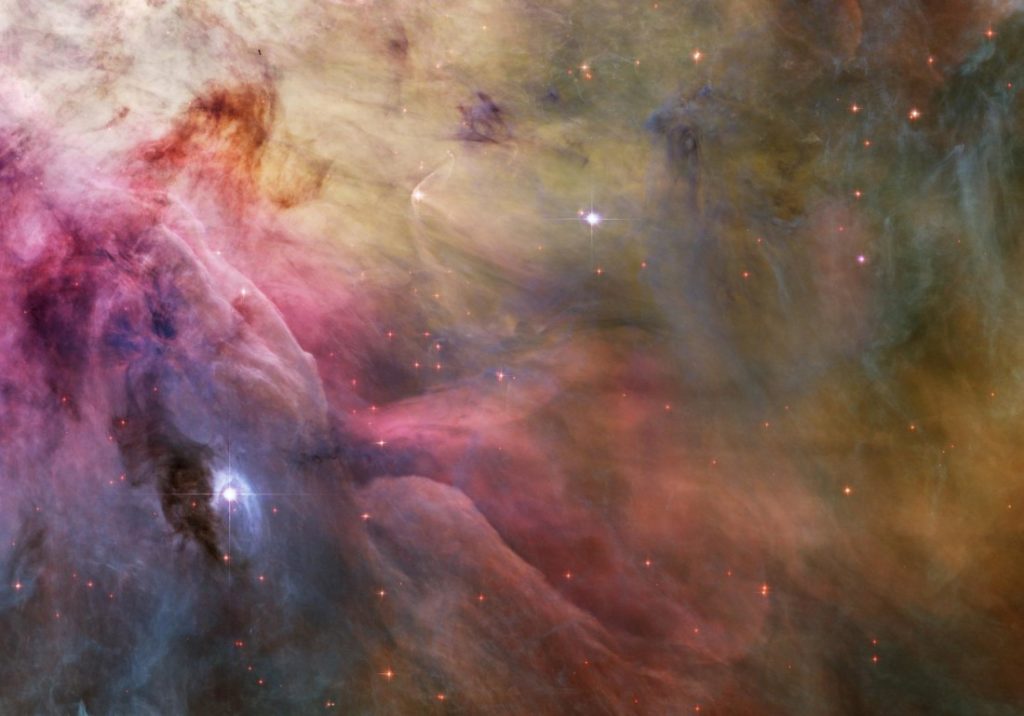 A few years back my Wife JoAnne and I had the opportunity to travel to New Zealand far down in the Southern Pacific Ocean. Quite a beautiful experience it was. It reminded us a lot of California 50 years ago when things were a little more laid back.

We were celebrating our 40th anniversary at the time. Seems to be an unusual event these days, being married that long. People always ask me what we accredit our success for this marital adventure. I always tell them the main reason to our success is that we go out a lot; she goes out on Friday nights and I go out on Saturdays nights. It must have something to do with it, for we are celebrating our 60th anniversary this coming October. I’d have JoAnne say a few words here but it’s Friday night. I’m sure she would only have nice things to say.

We are on this tourist bus with the driver pointing out a number of New Zealand treasures as we pass them. At one point the driver mentions that we are coming up on the -45th parallel line. Just as we pass over the line he yells out; “and there it is.” There was this sweet elderly lady traveling with her friend sitting just in front of us on the bus having the time of her life. Just as we cross over the imaginary line she yells out: “I don’t see the line, where is it? We went by too fast.” The driver heard her outburst and politely tried to explain to her that it is just that; an imaginary line. Moments later you could hear this sweet little lady whisper to her friend sitting next to her that the least the driver could have done was pull over so we could have gotten out and taken a look at it.

JoAnne and I had a great time on our trip. I even got to take a look at the dark skies of the southern hemisphere, which I have never seen before. It was a quick enjoyable 10 days, so before we knew it we were on an airplane headed back home to California. As I was settling back for a long flight I heard this familiar sweet little lady’s voice setting just in front of us.

You guessed it; the same lady and her friend that we met on the bus that day we crossed the -45th parallel line. We said hi, and then I got back to my resting mode. It wasn’t long after when the pilot came on the speaker, he thanked us for flying Australian Airlines and mentioned that in a couple of minutes we will be flying over the equator.

We could hear our lady saying she was glad she had a window seat so she could get a better look at the Equator when we fly over it. My mind starts wandering back to the bus, thinking if we are going to have an instant replay with the unseen imaginary line. But for sure she must have learned from the last experience about such lines.

Time passes by and the pilot comes on the speaker again and says “We will pass over the Equator in 3, 2, and 1, we are now in the Northern Hemisphere.” Well, it’s time for our anticipated lady’s response. Sure enough she spurt’s out: where is it, I don’t see it. What is with these imaginary lines, she says, I can never see them. I’m thinking; maybe it’s because they are imaginary? You think?

So now 20 years have passed by, and after spending all that money to travel to New Zealand, all I can remember is the adventure with our sweet little lady and her problem with the imaginary lines. But I have to thank that sweet little lady for giving me a memory that I will never forget.

Okay, so what does all this about my lady friend and her diapering lines have to do with Spring Equinox? Well, I’m glad you asked, I will do my best to explain.

Just like the lines on Earth; equator, Cancer, and Capricorn, the sky above has its own imaginary lines. The sky has its own equator just as the Earth does, splitting the sky in half, north and south hemispheres. The sky also has the ecliptic, this line is different than the equator, it is the path that the planets and Sun follow, different because of the tilt of the Earth.

By the end of March the time that many people call the beginning of spring, or Spring Equinox begins. The Sun always travels along the line called the ecliptic. Winter is the time when the Sun is on the southern part of the ecliptic, because then it is lower down in our sky: it is shining more on the southern half of the earth, as they have their Summer. When the ecliptic line passes the equator that is when the sun is in the northern half of the earth, and that is when we have our Summer.

Right now, Orion is in the western sky, and to find the location of the ecliptic, just look at the third star in Orion’s belt, the ecliptic passes right through it.

There you are, now you know all about the lines in the sky, even if you can’t see them. And if you just happen to meet up with a sweet little lady some night caring a bucket of paint and a brush; just leave her be, she means well.

Up and coming April events. 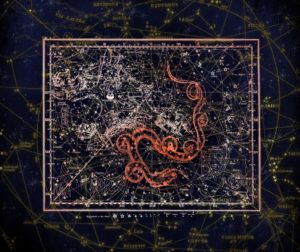 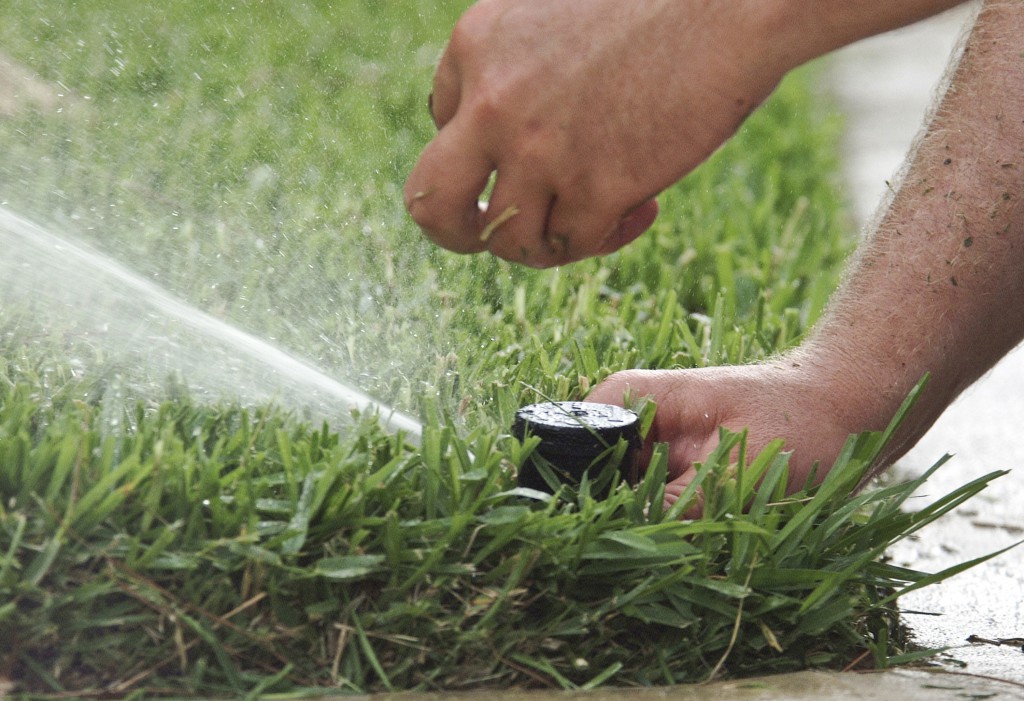 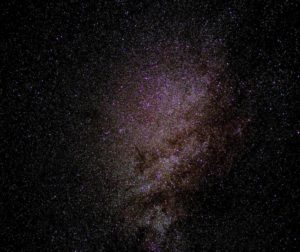