A report of a student breaking windows and acting erratic on campus was reported Thursday around 12:12 p.m. 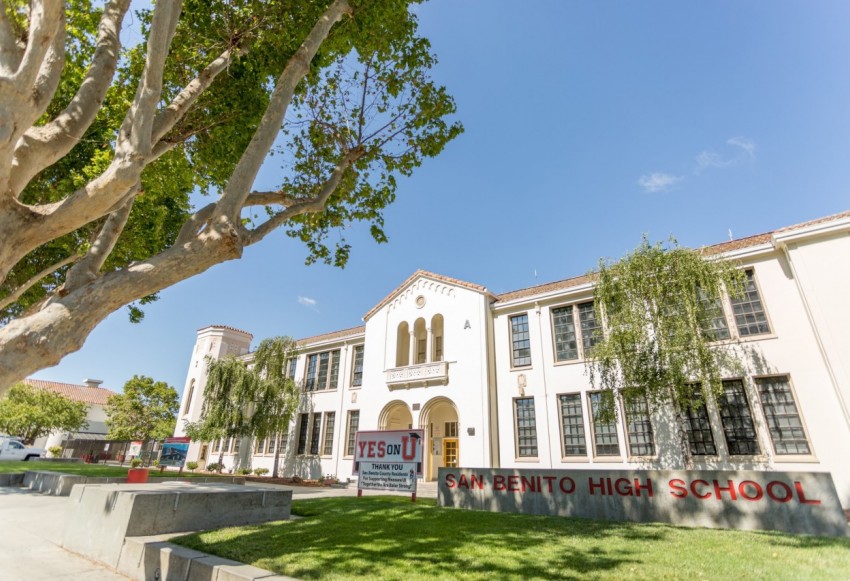 San Benito High School secured its campus Thursday, May 17 after a report of a student breaking windows and acting erratic at the south campus area around 12:12 p.m.

According to a press release from the Hollister Police Department, the school resource officer responded and attempted to contact the student. The student refused to cooperate and ran into the main campus area during the lunch hour. The High School Safety Plan was immediately put in place by the resource officer.

The first phase of the safety plan, known as Secured Campus status, was initiated until the student was found hiding in a classroom by campus security and the school resource officer.

Medical aid was provided to the student for an injury sustained during the incident, the police press release reads. The school resource officer was able to determine staff and students were not in danger and the Secured Campus status was lifted at 12:43 p.m.

San Benito High School Principal Adrian Ramirez issued a notice about the incident on Thursday, which reads as follows:

"Hello San Benito High School Parents and Guardians! Today, during our lunch break, we initiated a 'Secure Campus' protocol as a precautionary measure. School staff, along with our School Resource Officer, were addressing a situation with an agitated student. Our School Resource Officer and staff were able to de-escalate the situation with no harm to any students or staff. Students and staff have returned to their regular schedule.

"A 'Secure Campus' (one level down from a Lock Down) is activated when any of the following happens:

"Thank you for your patience!"