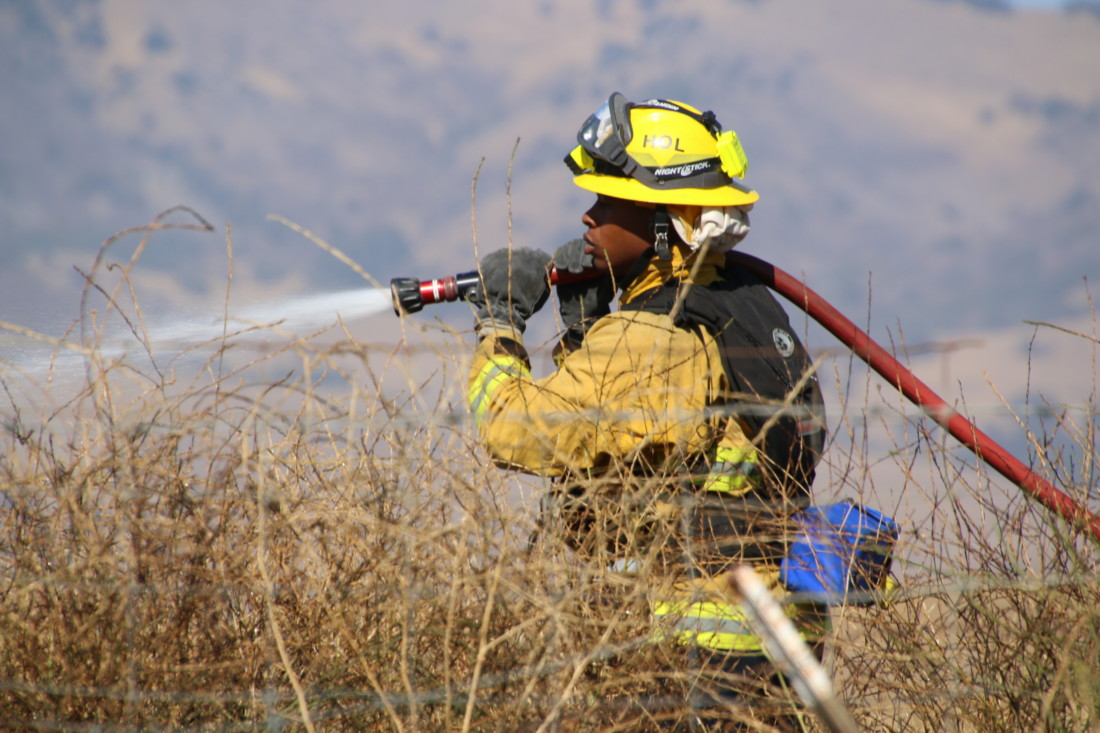 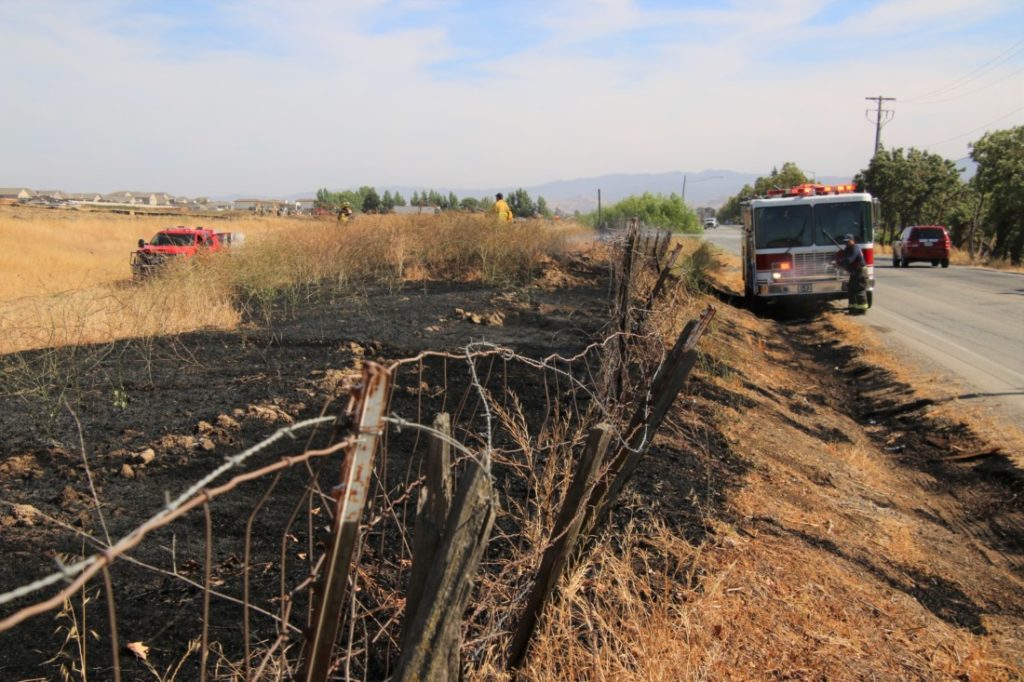 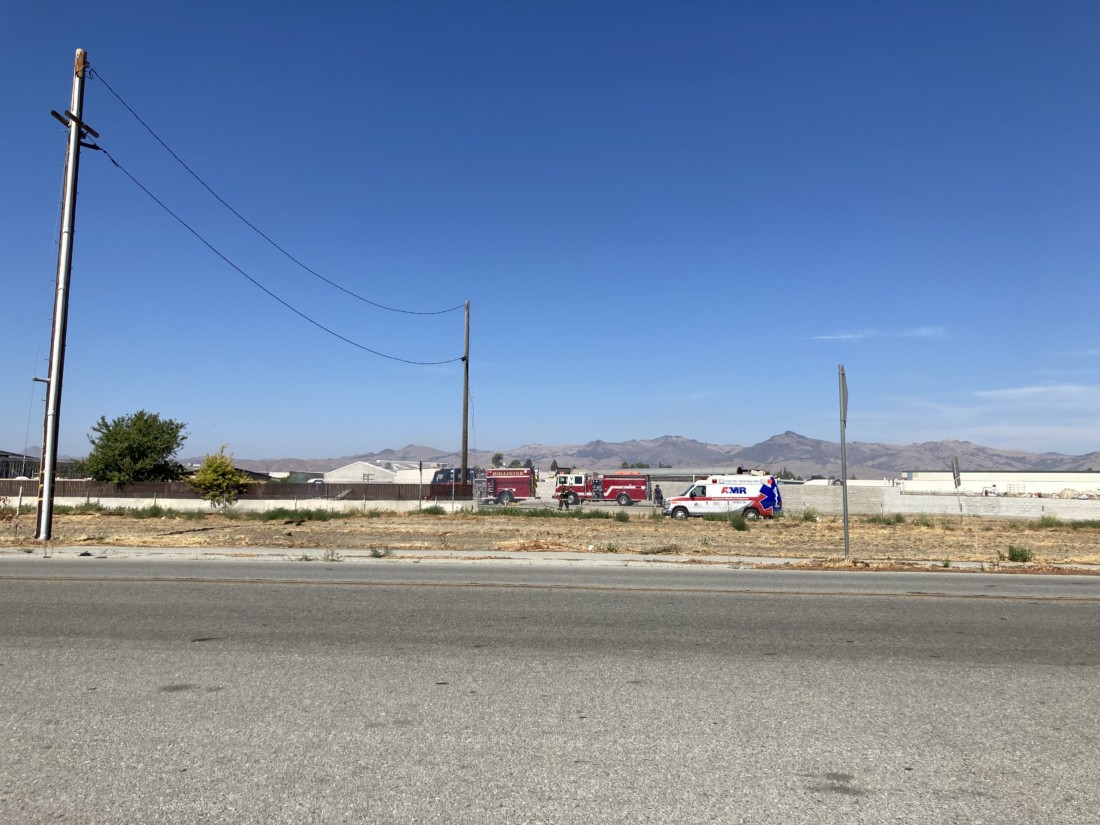 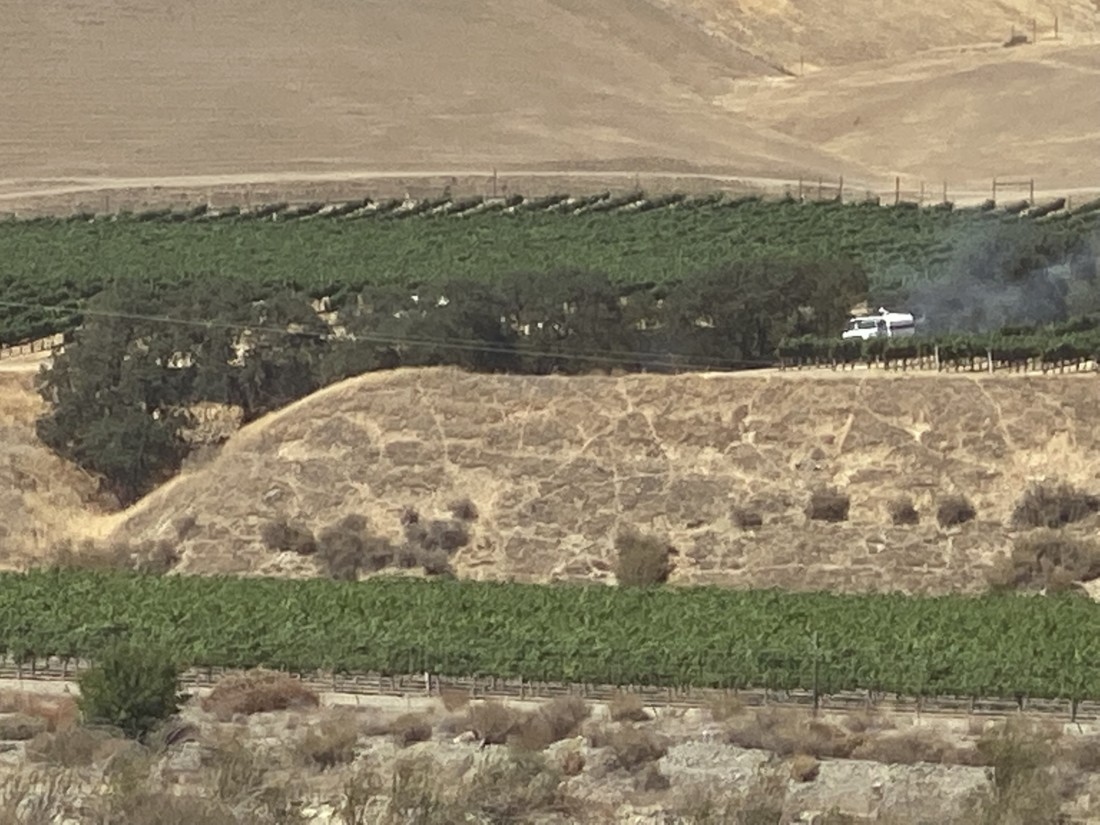 Among the blazes reported on July 22, the department responded to one at the old site of the Bulldog Boxing Gym on McCray Street.

Battalion Chief Charlie Bedolla said someone probably ignited a pile of wood on the property as well as four other debris piles in the city. The others were reported on Buena Vista Road, Park Street, Sally Street and Fallon Road.

Hollister Public Works took heavy machinery to remove a pile of rubble and smooth firefighters’ access to the fire on McCray Street.

The same day, a fire scorched an acre along Fairview Road, north of the new Santana Ranch development.

Bedolla said the fire was likely started by debris from a passing vehicle, possibly a loose chain or a catalytic converter. He added the fire had about three starting points.

“If the weather had been hotter, it could have been substantially bigger,” Bedolla said.

Around 3 p.m., CalFire responded to a fire on Panoche Road near Browns Valley Road. According to the radio dispatcher, local residents put out the fire. Some of the engines responding to the fire were canceled shortly after being dispatched. CalFire was not immediately available to provide the size of the fire.

By this date last year, the Bitter and Coyote wildfires had burned 2,403 acres in San Benito County.