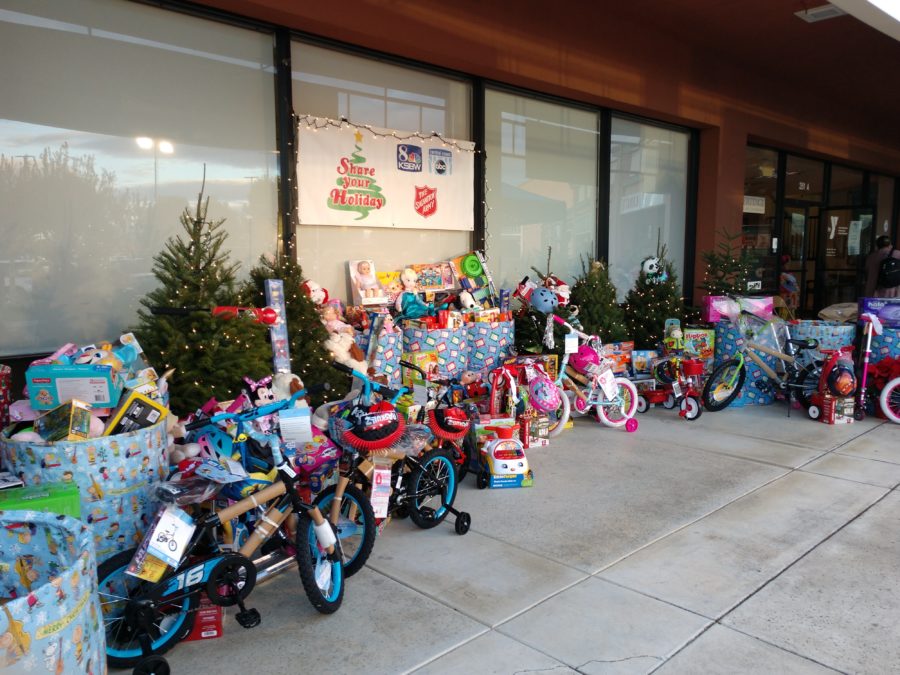 Donated items at the 2019 KSBW Share Your Holiday drive. The local event was held at the Heritage Bank in Hollister. Photos by Carmel de Bertaut. 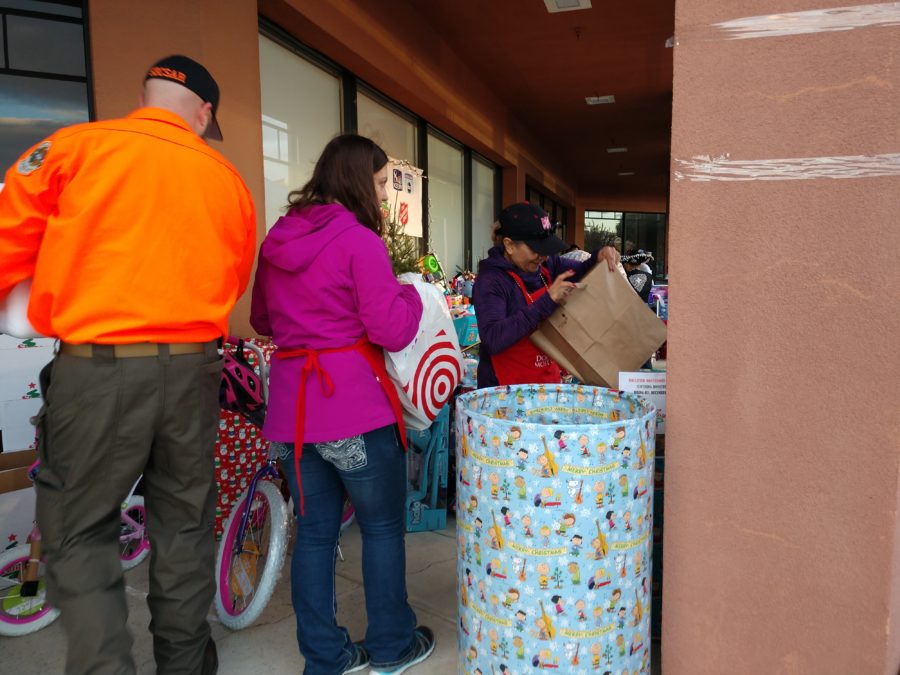 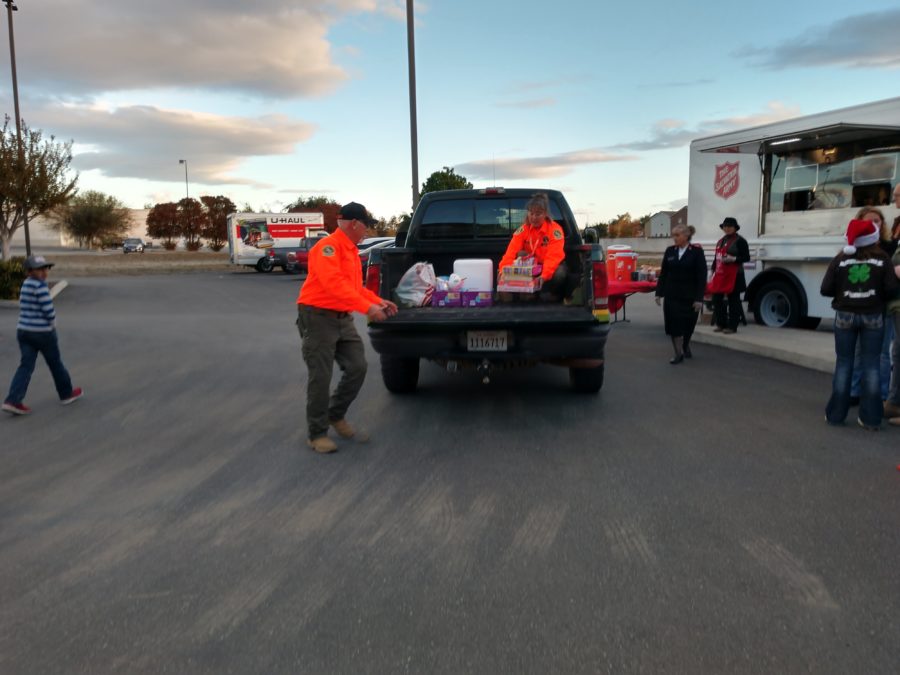 SBC Search and Rescue drop off food and gifts. 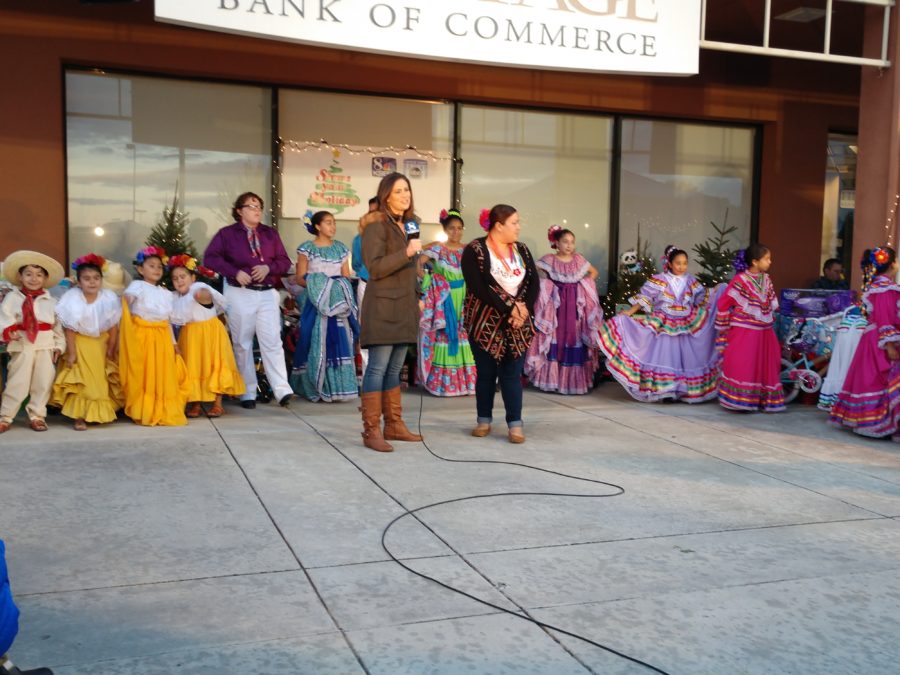 KSBW held its 33rd annual Share Your Holiday telethon on Dec. 6 to benefit the Salvation Army, including the Hollister location. The Heritage Bank of Commerce served as a donation drop-off site in San Benito County. Overall, this year’s event raised a total of $168,820 and collected 6,971 pounds of food and 4,855 toys.

“The more you build relationships, the better the community,” said Will Sutton, senior vice president of Heritage Bank.

Several groups and individuals stopped by during the six-hour telethon to drop off nonperishable and frozen food, toys, clothing, and cash donations. San Benito County Sheriff Search and Rescue participated and donated food and toys. The Hollister Fire Department was on hand throughout the event to help load goods into several Salvation Army vans. HFD engineer Cortney Young said the department participates to “help the community.”

Maria Romero, captain with the local Salvation Army, said the organization’s need is great. They will give out donations to 230 families this holiday season, with even more families on a waiting list. Romero said she was pleased with the turnout and generosity she saw in Hollister. It’s warming “when you see the good of giving and not just receiving,” she said.

Kayla Liversage of the Ausaymas 4-H Club brought bicycles and bike gear to donate during the drive. She said she wanted to take part and “to give toys that bring a smile to their faces.”

Some individuals, such as Julie Soto, saw the Share Your Holiday drive on television. She decided to bring her best friend’s second-grade son, Elijah Flores, to show him what the event was all about.

KSBW morning anchor Lauren Seaver also attended the drive and told BenitoLink that all donated items stay in the communities they are collected in. She added that it’s a joy to “see the community come together on a day like this.” 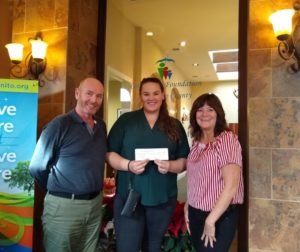 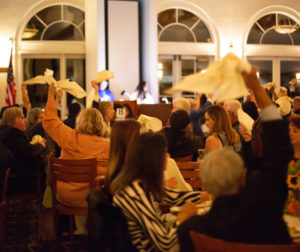 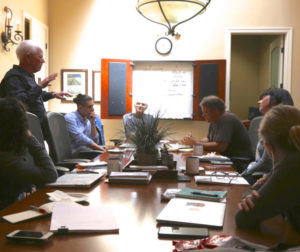 Local news is a treasure