Thompson to serve on California Rehabilitation Oversight Board 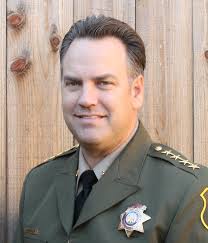 San Benito County Sheriff Darren Thompson, 49, of Hollister, was recently appointed by Gov. Jerry Brown to the California Rehabilitation Oversight Board. Thompson, a Republican, has been sheriff-coroner of San Benito County since 2011.

He held several positions at the Watsonville Police Department from 1988 to 2011, including lieutenant, sergeant, detective, field training officer and traffic officer. This position does not require Senate confirmation and there is no compensation.

For the full release on all of the recent appointments by Gov. Brown, click here.