25 of 89 candidates passed all stages of test; interviews next 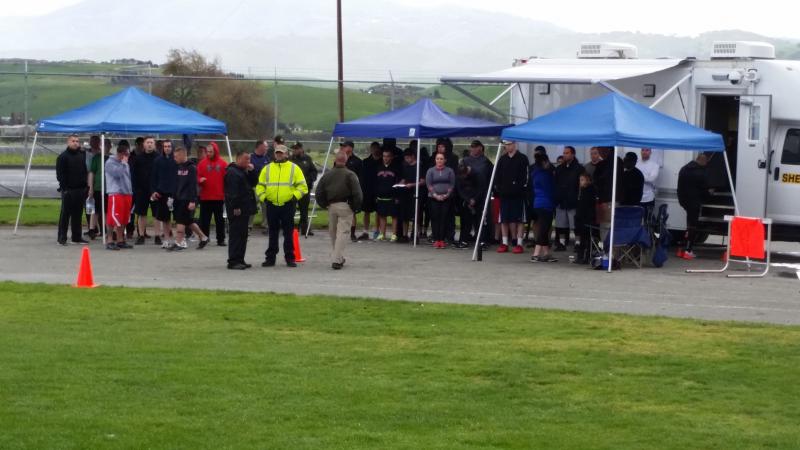 The San Benito County Sheriff’s Office held testing for deputy sheriff on Feb. 28 at San Benito High School. Eighty nine candidates showed up to take the written test at the high school cafeteria and 54 passed the written and went on to the physical agility part of the testing process. From there, 34 passed the physical and moved onto the oral interviews.

At the end of this grueling day, 25 candidates had passed all three stages of the test. The next step in the process is an administrative interview with the two sheriff’s captains.

The physical portion of the test included a climbing over a six foot wall, running a 99-yard obstacle course, completing a 165 pound “dummy drag,” and finished with a 1.5 mile run in 14 minutes or less.

"We are looking forward to the opportunity to send two to three recruits to the academy in June of 2015," the Sheriff's Office said in a press release. " Some of the applicants are already peace officers or academy graduates. If hired, those candidates would go directly into the field training program.

Recently, the San Benito County Board of Supervisors approved the increase of the department's staff by two deputy sheriff positions. Since that time, Captain Tony Lamonica and county human resources staff recruited for and planned this testing day. Lamonica was assisted by current sheriff’s office employees and sheriff Explorers to put on this series of tests.