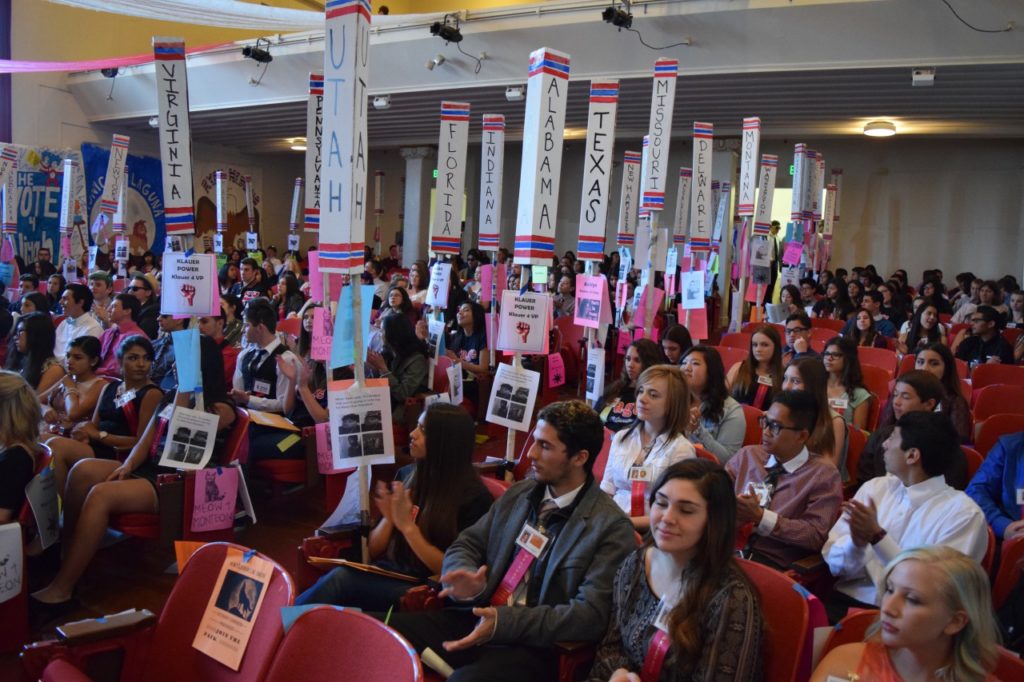 With the presidential election less than a month away, many American citizens are anxious to vote and have their opinion about the country’s future heard. Some citizens under the age of 18 wish they could participate, as well, but the election rules prohibit that.

Some of these minors understand the rules, but don’t like the idea that they’re part of the country but not its decisions. Students at San Benito High School are particularly upset about this issue and wish they could do something to fix it.

“It’s very frustrating [that I can’t vote] especially since I’m 17 and I can’t legally voice my opinion,” said junior Dominic Garcia. “Being 17, you’re so close yet so far and having my opinion of our country’s future overlooked makes me feel invisible.”

Without the ability to show that the younger generations of this country care about what will happen to it after the next president is elected, minors indeed feel like they aren’t a part of the process. “There are items on ballots that affect everyone in the country and minors are a part of the country as much as anyone,” notes Derek Barnes, a government teacher at SBHS.

Some students argue that the voting age should be lowered, possibly to 16. Some say that 16 is when minors start learning about the importance of taking responsibility and initiative to interview for jobs or start driving. The age 16 is normally when students are juniors in high school and since the end of high school is near, they wish they could demonstrate that developing maturity by casting a ballot.

There are some disadvantages, however, to letting minors vote.

“Some minors will take it [the election] as a joke or not take it as seriously as they should,” said freshman Ella Shara Pascua. Still, she said the advantages of younger opinions being expressed far outnumber any of the disadvantages. “Honestly, if minors were allowed to vote, it would be better because minors are more open-minded and have a different mindset than adults,” argues Pascua. She also noted that she and some of her friends know they have valid arguments about what the candidates are discussing and she is frustrated that she can’t legally share them in the voting booth.

Pascua and Garcia agreed that not enough adults take enough advantage of their voting privileges, which frustrates these teens even more.

“I feel like most people [adults] don’t vote and don’t participate in their privilege of deciding our country’s future leader and I don’t understand why they wouldn’t want to take part in that process,” Pascua said.

Barnes added that not enough adults take part in the election process and says “we need more to do exactly that.” He said that if voters had a better sense that the candidates represented them individually, there may be a higher participation rate.

While the issue of the voting age has troubled minors for many elections, many understand why 18 is the voting age threshold because it’s when “people are becoming independent and moving on to the next chapter in their lives,” Garcia stated. Although many older members of the minor age group feel this way, the argument of lowering the age is still “on the table” and many minors hope that one day they will have the ability to vote earlier than just 18 so they don’t have to miss out on elections such as the one on Nov. 8, 2016.

I am a San Benito High School freshman with a strong passion for news and writing in general.