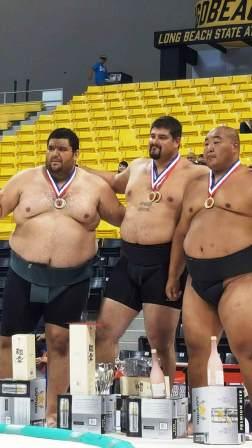 Roy Sims is a huge fan of sports and food. The Hollister resident is also a fast-rising American Sumo champ. How he combined his two loves and quickly tuned around his disadvantages make for the quintessential local-boy-makes-good story. Everyone loves a hero. In Japan, he may still be a lightweight, but here at home, he may as well be the Incredible Bulk.

This week, the Hollister resident is traveling to Japan to compete in the Sumo Championship, half a world away from the football fields where he first made a name for himself.

Upon graduating from San Benito High School in 2000 as a 6’5” 300-pound defensive lineman, Sims earned a football scholarship to play for the Fresno State Bulldogs. After a year in that program and a couple of years away from the game, he played at Gavilan College in Gilroy in 2003 and 2004 and earned California Junior College All-American honors. That earned him a scholarship at the Washburn University Ichabods in Kansas. Six games in, he broke his elbow. When Sims came back for his senior year, he said, “I was like, 350 pounds. and I didn’t move as well. I was also on a Kansas diet with a lot of carbs.”

He gave back the scholarship and was about to go to training camp with the Dallas Desperados (a professional arena football league team) when he got a call from the San Jose Saber Cats (another arena football team). He went to camp with them, but got hurt (“probably the worst pull ever”) and was cut. He caught on with the Stockton Lightnings (another arena football team) but that didn’t work out, so he went back to play for the Kansas Koyotes (a pro indoor football team charter of the American Professional Football League) which was “a further step down,” Sims said.

By this time, Sims' wife Libby was pregnant and the family was looking for stability. “I was with the team for a while. But I needed work. I had moved back to my house in Kansas but that was even less support. Like, ‘here’s some food vouchers, here’s 50 bucks and if you get a sack, here’s another $30.’ And I thought, I’m not going to do this. I’m done with football.”

He then jumped into Mixed Martial Arts. “I thought I could make some quick cash," Sims recalled. In 2009, he won unanimously against Matt Reeves and John Teel submitted to Sims' rear naked choke. Both were non-sanctioned fights. Sims’ amateur record was 2-0-0.

But Sims couldn’t let go of football when it came calling again. A friend from Iowa told him all their defensive linemen were hurt and asked if he could play for the Sioux Falls Storm. “They were in a higher league than the Koyotes and about the same league as the Lightning. I played two games with them at the end of the season. I made a little bit of money, then went back to Kansas.”

At that point, Sims went back to school at Washburn to finish his internship and earn a degree in exercise physiology and criminal justice in 2009.

Sims moved back to Hollister with his family and hoped to get a job at the San Benito High School, but another applicant was selected and he and worked as a manager for Verizon for three years. But when a job as a technology technician opened at his high school alma mater, Sims said he took a 60 percent pay cut just to work there.

Life had mellowed Sims as he moved away from his football career and focused on family.

At 32, he considered his options. “I didn’t have a lot of options to continue with sports if I wanted to be competitive at a high level," he said. "The weight limit for judo is 275; for Greco-Roman (wrestling), 285. I’d have to cut a lot of weight to play in those sports. But then I thought, I’ve always liked watching sumo wrestling on TV. I get bored watching sports on TV. But I enjoyed sumo.”

“When you look closely at the movements in sumo, you’ll realize they’re similar to some movements in football," Sims noted. "Especially because I’m a defensive lineman. When I looked at those movements again, I realized I’ve done them over and over again for years. Plus, it was helpful that I’d done judo.”

He checked it all out online and excitedly emailed his head shot and application to the Sumo U.S. Open.

But in September 2014, Sims was the first on-scene to find his brother, Cal, dead, cause unknown. Grief and pain threatened to pause Sims’ new-found purpose in life.

He fell back on the cultural origin of sumo, something that fascinates him. “The whole beginning ritual is chite cho su," Sims said. "In old Japan, two feuding clans would choose their best samurai for a duel instead of bringing the clans to war. The two samurai would go into a ring without their swords. Face each other and clap their hands once. They raised their right hands and lift their loin cloths with the left hands to show they had no weapon. And they go at it with bare hands. The loser gets a samurai’s death. But the sacrifice of one life could not compare to the loss of hundreds or thousands.”

Then Sims remembered that his brother “wouldn’t want anyone to limit themselves. So I said, I’m going to continue (sumo) for my brother and my family.”

Sims became not just a competitor but a warrior.

He earned a bronze medal at the U.S. Sumo Open Heavyweight Division in Long Beach last year. Third place is a feat considering this was Sims' first tournament. And the two losses he suffered were inflicted by Mongolian World Champion Byambajav Ulambayar. “He was a champ eight years in a row,” said Sims.

In June of 2015, Sims won both the heavyweight and open divisions at the U.S. Nationals in Missouri. As a result, Sims is officially a part of Team USA.

He was scheduled to fly to Osaka on Aug. 25 to compete in the Sumo Championship in Japan, humbled by this singular honor yet confident he could hold his own.

When he gets back, a San Francisco radio station wants to interview him. He was mentioned by USA Today last year and the LA Times ran his photo this year. AT&T U-verse included him in their documentary about sumo to be aired soon. Go Pro is also doing its own video series with him.

Sims, who was recently hired for a technology job with the San Benito County Office of Education, has no endorsement offers so far, except for some local businesses eager to partner with him on a sponsor spot on Sims' promo shirts.

Weight is a constant topic of discussion regarding sumo competitors.

“I love food. I’m a big fan of food,'" said Sims. "Everybody in my family cooks. Food fascinates me, specially (the Japanese way of) meticulously fileting fish. I’m now at 375 pounds For sumo, I’d like to be at 365 to 370-ish. That seems to be a pretty good range to me. Sumo is 253 pounds and above. There are weight classes up to 500 and 600 lbs. But I don’t think you can move well at that weight. Professional sumo wrestlers are between 350 and 400 pounds. I think that’s a good weight because you are still fast and powerful.”

Sims said his favorite food is Mexican. "I try not to eat too much wheat and I don’t eat a lot of soy," he said. "I’d rather have corn over them. For my body type and digestion, I seem to be best not eating those foods. I do eat a lot of proteins and vegetables. My staple would be beans, meat and corn tortillas.”

Sims complements traditional Japanese training with strength training using Olympic-style lifting. “I think I did 405 bench presses the other day. My max should be up to 450. I squatted 600 pounds the other day. I make my lines and technique very disciplined and not all over the place. So I’d rather do light weight with the right technique than heavy weight.”

He muses that he’ll start a sumo club after getting back from Osaka. “An outdoor one rather than an enclosed one,” he said. 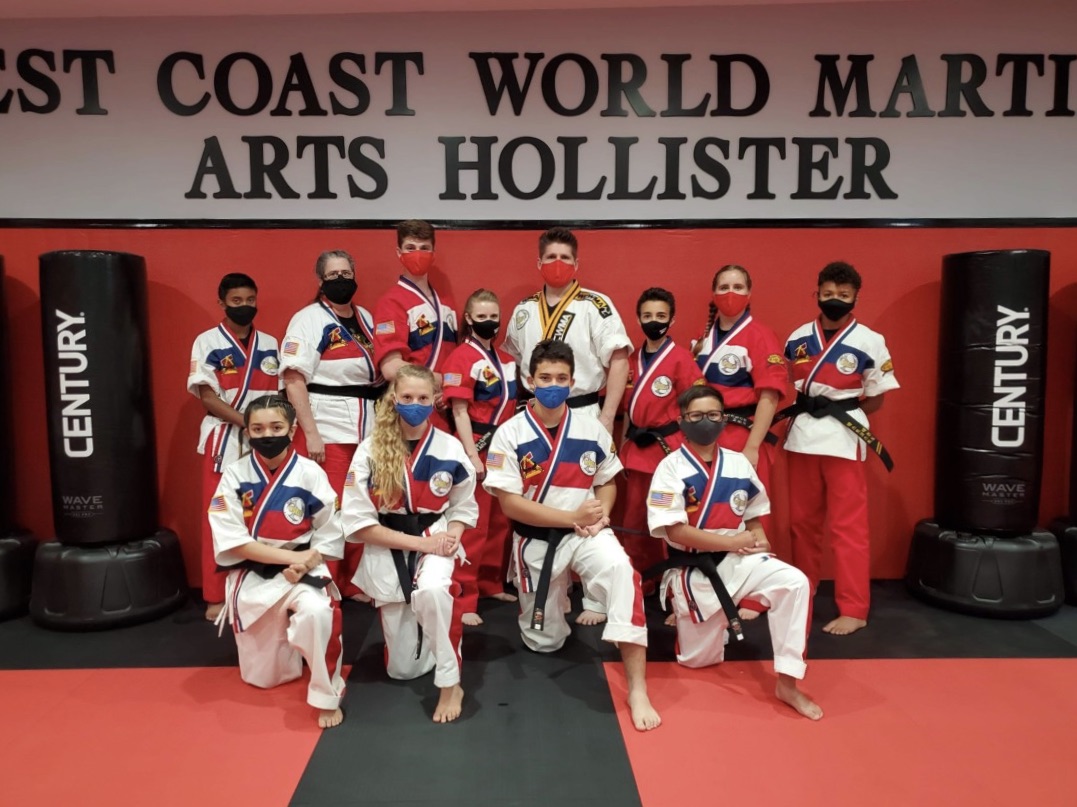 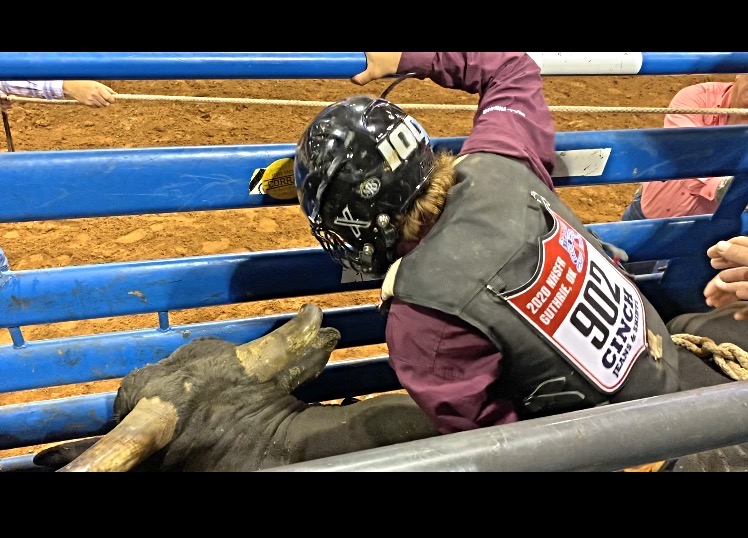