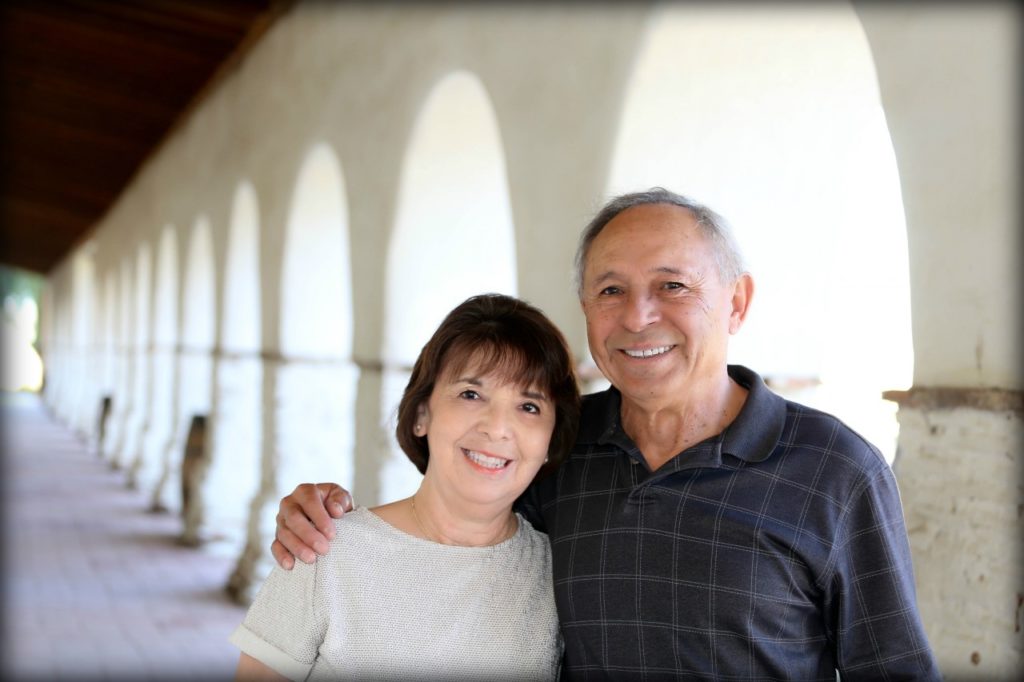 In honor of Valentines Day, BenitoLink asked the reporter team if they could come up with any all-time great couples to write about. Reporter Frank Perez lit up right away and suggested a story on his parents.

Next month, the long-time, San Juan residents—who are also my parents—will celebrate their 50th wedding anniversary.

In a joint interview, Mom and Dad called each other “soulmates,” who first met as kids, dated on and off as teens, and resumed their relationship as young adults.

My mother’s freckled-face caught Dad’s attention early on, he told me.

“He used to chase me around,” Mom said, adding that Dad’s persistence and honesty soon won her over.

On March 18, 1968, my parents entered a San Jose courthouse and recited their vows in the building’s basement along with several other couples.

They admit there has been bumps along the way, but they are quick to note the secret of their marriage.

“Patience and knowing that you’re not always going to get your way,” Mom said.

“At times you need agree to disagree, while understanding that there’s no such thing as a perfect marriage,” stated Dad.

Only until recently have the retirees reflected on the longevity of their union.

“How many marriages make it half a century?” Dad asked rhetorically.

“You don’t realize it’s been that long,” explained Mom, adding that everyday life—raising children, going to work, and paying bills—negates tallying up the good and bad times.

And what are my parents most proud of?

“Our three kids. They are good people,” Mom quickly answered, while Dad, sipping his nighttime coffee, nodded in agreement.