The meeting between Francis de Assisi and the Muslim leader, Sultan Malik al-Kamil, is the subject of a film by Michael Wolfe. A free screening of "The Sultan and the Saint" will take place at St. Francis Retreat July 18. 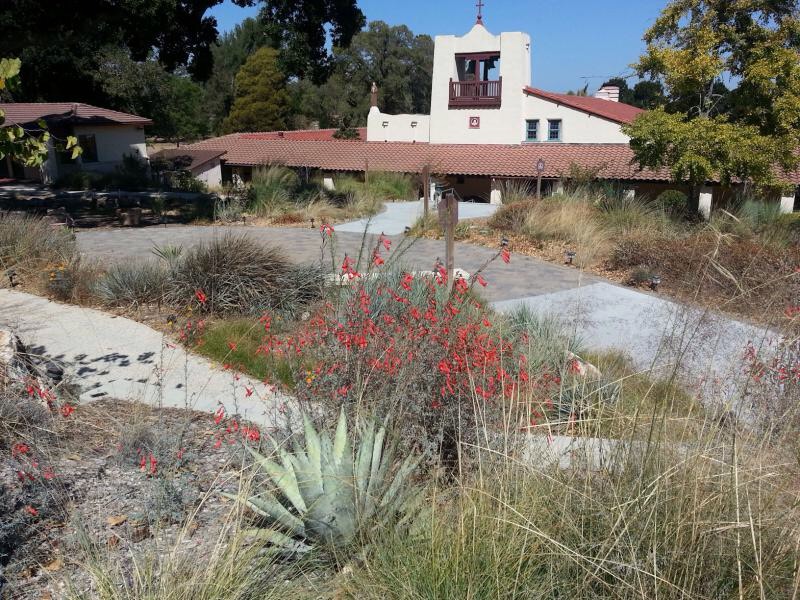 Armed with only his faith, Francis de Assisi walked across a North African battlefield, side-stepping the corpses of Christian and Muslim soldiers on his way toward the enemy camp. Waiting for him was Sultan Malik al-Kamil, Egypt’s leader during the Fifth Crusade. Neither man knew what to expect from the other, but both yearned for an end to the bloodshed.

The historic meeting between a future, Catholic saint and a forwarding-looking Muslim leader so captivated San Juan Bautista resident, Michael Wolfe, that he decided to make a movie about it.

On Tuesday, July 18, Wolfe is bringing his film to San Benito County with a free screening of, “The Sultan and the Saint,” at the St. Francis Retreat in San Juan, beginning at 7 p.m.

In a telephone with BenitoLink, Wolfe, who served as its executive director, called the one-hour docudrama a “double biography” that traces the “childhood, teenage, and adult years” of two fascinating and historically important individuals.

The face-to-face encounter between the Christian missionary and the Egyptian ruler occurred in 1219, during the most brutal Crusader campaign.

At the time, Sultan al-Kamil was an enlightened leader, a deft strategist, and a very “hands-on ruler,” noted Wolfe, adding that al-Kamil was simultaneously granting religious freedom to Egyptian Christians, while directing his troops in protecting valuable ports from Christian hands.

Francis arrived on battle scene to tend to his war-injured co-religionists and to make inroads for his ministry into Muslim-controlled territories.

“He was interested in expanding and extending his teachings, and he wanted his followers to gain access throughout Africa and the Middle East,” Wolfe said of Francis.

Despite their religious and cultural differences, the idea of peace united both Francis and al-Kamil.

They “wanted the Crusades to end in some way,” stated Wolfe.

And owing to their efforts, the fighting did stop.

Wolfe acknowledged that the religious, political, and socio-economic forces that led to nearly 200 years of warfare between Christians and Muslims are very much a part of our world today.

“There’s a lot of similarity between their time and this time,” Wolfe said, adding, that “because of these parallels, I wanted to tell the story as straightforwardly as possible so people would get it.”

Seeking tranquility and exercise, Wolfe walks to the St. Francis Retreat from his home in the San Juan Canyon at least three times a week.

On one occasion, he met Franciscan Friar, Keith D. Warner, who introduced Wolfe to the retreat center’s staff and who played an instrumental role in the film’s San Benito County debut.

In an email to BenitoLink, the retreat’s managing director, Edward DeGroot, expressed his excitement in providing a place where county residents can see Wolfe’s film before it airs on PBS during the Christmas holiday.

“We [at St. Francis Retreat] believe the film will present an opportunity for us to rethink ethnic animosity on many levels, but especially the current Christian-Muslim polarization occurring in parts of our societies,” DeGroot said.

The St. Francis Retreat is one of 50 venues across the country screening the movie released by Unity Productions Foundation (UPF), a production company co-founded by Wolfe. UPF’s mission “is to counter bigotry and create peace through the media,” according to its website.

Besides telling a largely unknown bit of history, Wolfe—who will be on hand to provide opening comments and take attendees’ questions on July 18—hopes that his film can teach movie-goers to be more accepting of each other.

“I want people to have a better understanding of how it’s possible to get along with people who are different,” Wolfe said by phone.

"The Sultan and the Saint" is not rated, but it contains some scenes of violence that may be inappropriate for children under 12 years old. Please use your own discretion.