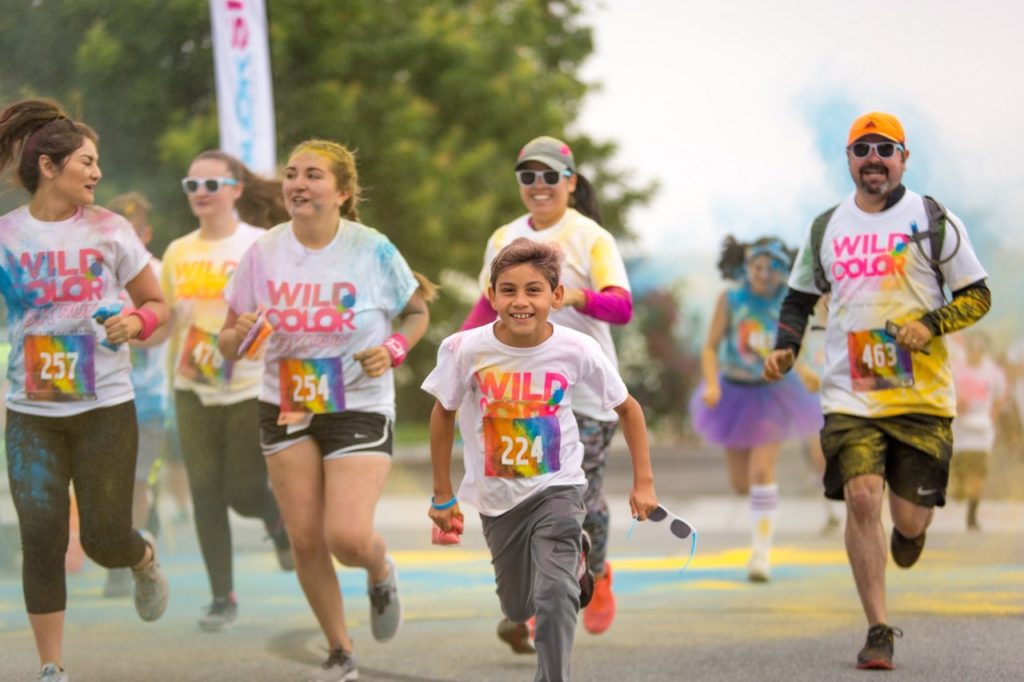 Bags of color flew threw the air as participants ran along the mapped route in Hollister for the Wild Color 5K Run on Saturday, July 28.

The race featured two events: a timed 5k run (around 3.1 miles) and an untimed 5k where participants were doused with a spoonful of color powder at checkpoints along the route.

Families of all ages came to participate in the race. The first place finisher for the timed run was Abraham Manzo, 17 of Hollister, who had a time of 17:58.

The event was put on by Hollister Recreation and started along Technology Parkway near Hollister Airport. Hello! My name is Joshua Miller and I am a photojournalism student at San Francisco State University and a former Haybaler at San Benito High School. While attending SBHS, I held the position of chief photographer, as well as the photo editor of the 2014 yearbook staff. After graduation, I transferred to Long Beach City College to continue my journalism education. While attending LBCC, I held numerous positions on the college newspaper staff such as editor-in-chief, design editor, photo editor and photographer. When I am not taking pictures, you can usually find me digging through crates of vinyl records in Santa Cruz or collecting antique cameras to restore and use. I have worked for over 8 years professionally as a freelance photojournalist with various media outlets around the state. I am very proud to be able to work with BenitoLink's news team to provide eye-catching photos to the people of San Benito County.