Rain expected later in the week. 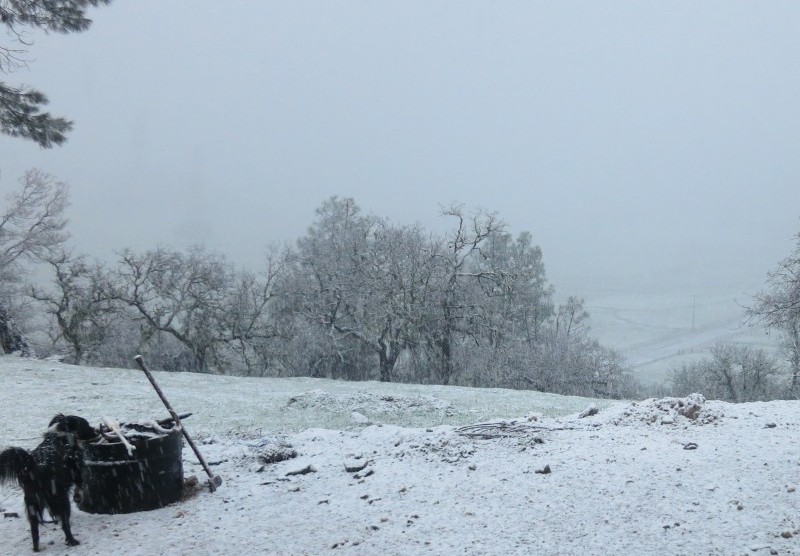 Photos courtesy of Kathleen Spencer at Peterson Land and Cattle Co. on Highway 25.
×

It doesn’t come very often, but the snow sure is stunning.

Tuesday morning rain in San Benito County’s hills and valleys stuck as snow for a while in the Gabilan Range east of Hollister. The wintery blanket fell in the early morning hours, following a wet weekend in which south county residents reported over three inches of rainfall.

The snow levels dropped to 2,000 feet overnight along with temperatures, and a Winter Weather advisory was issued for both Monterey and San Benito Counties.

According to the National Weather Service, another storm is expected to bring rain to San Benito County later in the week.