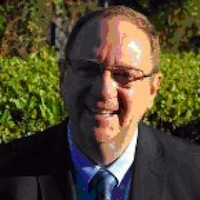 After seven years as Superintendent of San Benito High School District, Stan Rose has accepted the position of Superintendent of Santa Clara Unified School District. This recent appointment will allow him to work in his own home area of San Jose. In parting, Dr. Rose expressed deep gratitude for the “competent, professional group of educators who continue to strive to become the best they can be for the benefit of their students.”

Rose has overseen a difficult economic situation while at SBHS and was in the process of considering placing a bond measure on the June ballot to help support the district.

"I have never seen in my almost 38 years now of education a more serious economic circumstance than I am looking at right now," Rose was quoted as saying in March of 2011.

Departing Planning Director Gary Armstrong said he would have liked to see county supervisors give department heads more control over their decisions. Armstrong, who was hailed as an effective planner that brought development experience and consensus building to the county, left for a new position in Southern California last week and was reportedly not contacted by one county official before his departure.

"Now that Hollister City Manager Clint Quilter and City Attorney Stephanie Atigh have both announced their resignations, the obvious question is, where do we go from here?" read the Opinion page of the Free Lance newspaper.

Others are more optimistic. Supervisor Anthony Botelho said he believes San Benito County's ideal climate and location work in our favor to attract quality people. "We need to remember that we live in one of the best places in the State of California," Botelho said.

"Our salary scale is relative to other counties our size and we've seen a bunch of top-notch candidates for the County Administrative Officer position."

Supervisors are holding a special Saturday meeting this week to consider candidates for the CAO position, another open management-level job.

Dr. Rose’s term as Superintendent will end officially on June 30th. In parting, he stated that he is heartened by the amazing work of the teachers, the unwavering support of the classified staff, the leadership of the entire management team, (both certificated and classified), and the passion and dedication of the Board, who all have given a great deal of their lives to San Benito High School District. He also extended sincere thanks to the community, both within and outside education who have supported school and District efforts, including County Superintendent Mike Sanchez, all the staff at San Benito County Office of Education, the San Benito County SELPA staff, San Andreas staff, fellow superintendents around the County, LULAC, the Education Foundation, the San Benito County Community Foundation, San Benito County services, City of Hollister staff, all parent supporters, and all former Board members who have given so much to the District. He stated that all have tried to keep each student in mind in going about the daily business of student life.

Finally, he said, “We have the greatest students.” Dr. Rose said he leaves San Benito High School District with a full and grateful heart and asked for continued blessings upon the District and its community.