Local water-saving measures focus on education rather than enforcement 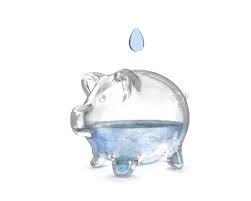 Statewide water-use restrictions announced this week in the wake of an ongoing drought include fines of up to $500 per violation, but San Benito County's water conservation program manager said he is focused on education more than enforcement.

"We already have a lot of water conservation measures in place," said Shawn Novack, who is in charge of county's Water Resources Association. "We ask people to use a hose nozzle with a shutoff device on it and use a broom instead of a hose whenever possible. We suggest people irrigate their landscape in the morning rather than the afternoon."

The State Water Resources Control Board on Tuesday approved an emergency regulation to ensure water agencies, their customers and state residents increase water conservation in urban settings or face possible fines or other enforcement.

The new conservation regulation is intended to reduce outdoor urban water use. The regulations mandate minimum actions to conserve water supplies both for this year and into 2015. In announcing the new rules, which begin Aug. 1, the state water board noted that "Many communities and water suppliers have taken bold steps over the years and in this year to reduce water use; however, many have not and much more can and should be done statewide to extend diminishing water supplies."

Rather than driving around looking for violators, Novack said he and a quarter-time staffer try to bring water-wise measures to the attention of area residents.

"We rely on neighbors reporting water waste in their neighborhoods," he said. "Ninety five percent of the time people don't maliciously waste water; they're just not aware of the conservation measures they should be following. We try to bring it to their attention."

With the announcement of the new state regulations, the water board said Californians will be expected to stop: washing down driveways and sidewalks; watering of outdoor landscapes that cause excess runoff; using a hose to wash a motor vehicle, unless the hose is fitted with a shut-off nozzle, and using potable water in a fountain or decorative water feature, unless the water is recirculated. The regulation makes an exception for
health and safety circumstances.

Local agencies could ask courts to fine water users up to $500 a day for failure to implement conservation requirements in addition to their existing authorities and processes. The State Water
Board could also initiate enforcement actions against water agencies that don’t comply with the new regulations. Failure to comply with a State Water Board enforcement order by water agencies is
subject to up to a $10,000 a day penalty.

“We are facing the worst drought impact that we or our grandparents have ever seen,” said State Water Board Chair Felicia Marcus. “And, more important, we have no idea when it will end. This drought’s impacts are being felt by communities all over California. Fields are fallowed; communities are running out of water, fish and wildlife will be devastated. The least that urban Californians can do is to not waste water on outdoor uses. It is in their self-interest to conserve more, now, to avoid far more harsh restrictions, if the drought lasts into the future. These regulations are meant to spark awareness of the seriousness of the situation, and could be expanded if the drought wears on and people do not act.”

Novack said that in the wake of the new state water restrictions, he did not expect "anything signifcant" to change with regard to local water control measures or enforcement.

"Each area of the state is so different as far as the water supply goes," he said. "In Santa Cruz, for example, they have severe restrictions with an allotment and monetary penalties for over-use. We all have less water than we normally would. (In San Benito County) the groundwater supply will help us weather this year. It's a new era, with climate change, increasing population and conservation as a way of life. It's not just during droughts."

In addition to approving the emergency conservation regulation today, the State Water Board made a plea for water suppliers, communities and businesses to do even more. For example, water agencies are being asked to step up their programs to fix leaks and other sources of water loss, use more recycled water or captured stormwater, and find additional ways to incentivize demand reduction among their customers.

"Our message is the same as it's always been," Novack said. "We need to treat water as a precious resource. I wouldn't even know how to write up a citation (for water over-use). That's the more extreme case if people flagrantly waste water after being warned. We've had several water waste calls come up and each time people are willing to take care of the problem. Wasting water costs them money anyway."

As drought conditions continue, the State Water Board may revisit this regulation and consider other measures to enhance conservation efforts throughout the state, the water board said in announcing the new rules.

After going into effect on or about August 1, the emergency regulation remains in effect for 270 days, unless extended by the State Water Board due to ongoing drought conditions.

For more information on the proposals leading to this Board action, please visit the Emergency Water Conservation website as well as SaveOurH2O.org to find out how everyone can do their part to conserve water. The website Drought.CA.Gov has information about how California is dealing with the effects of the drought.