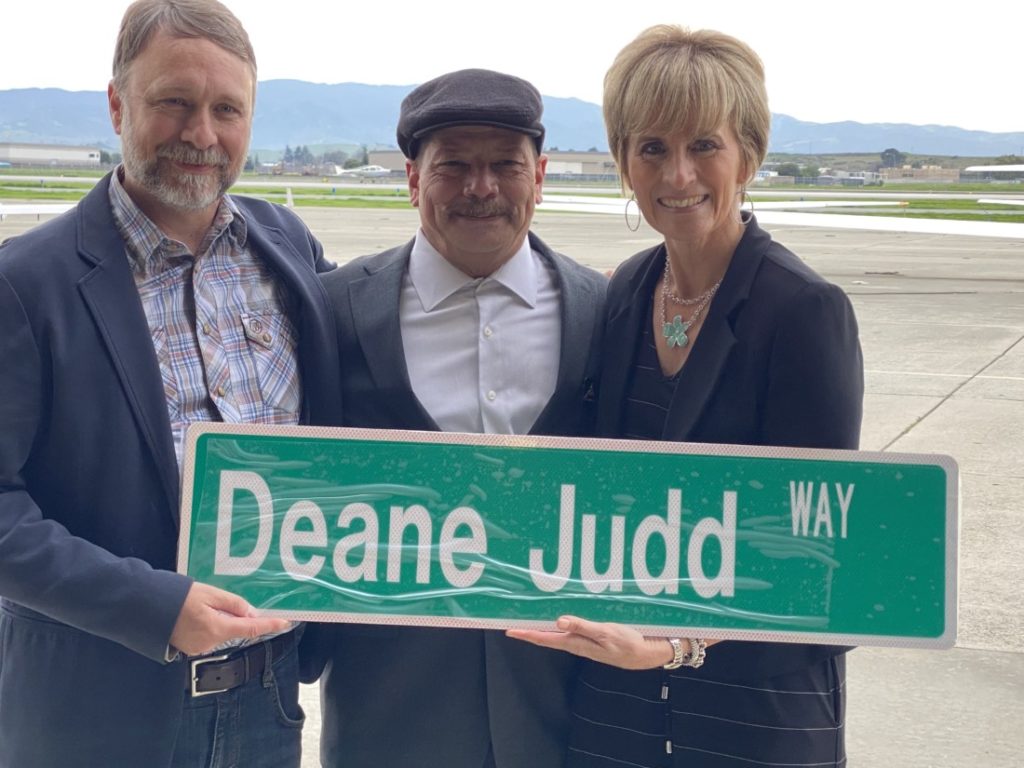 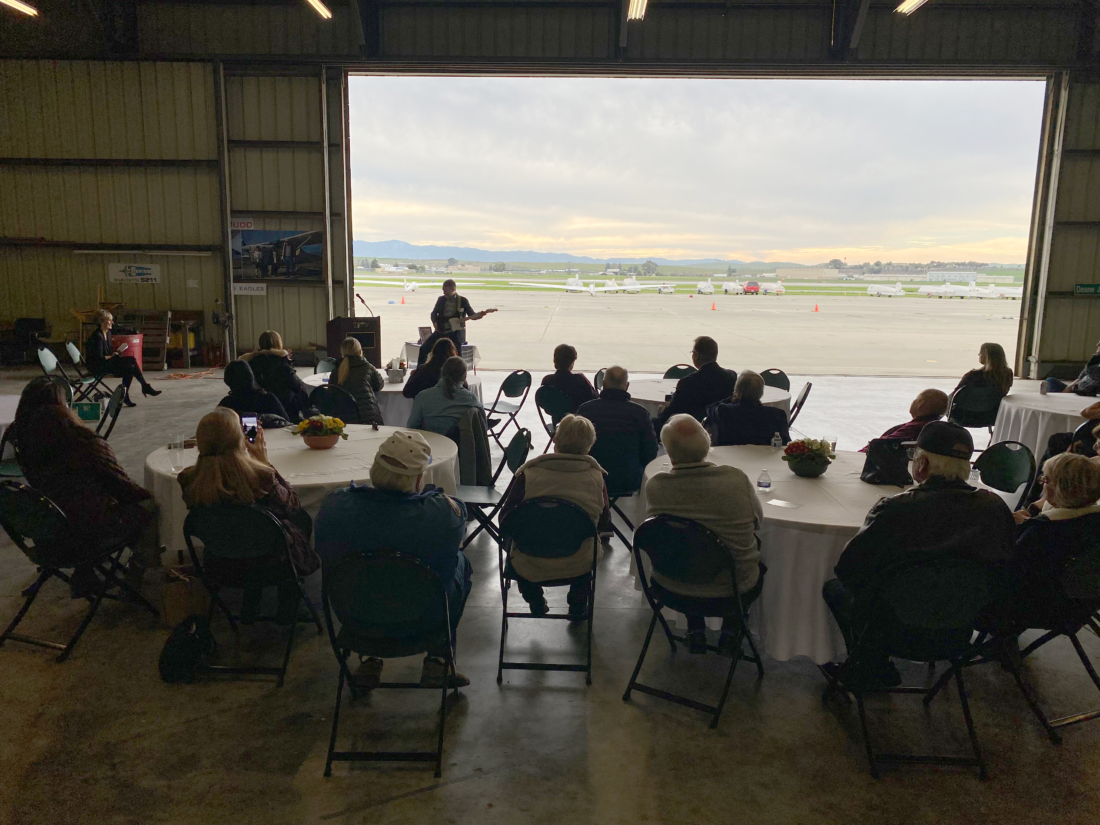 The memorial service for Deane Judd was held at the Hollister Airport. Photo by Leslie David. 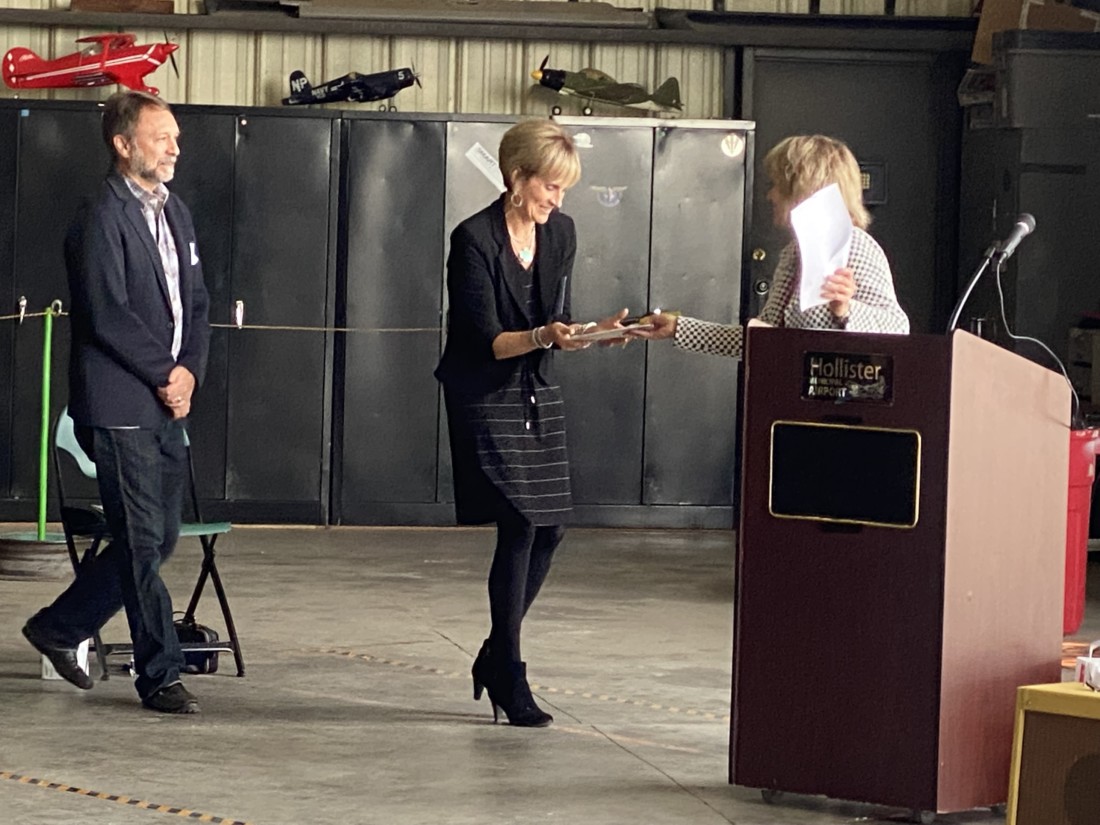 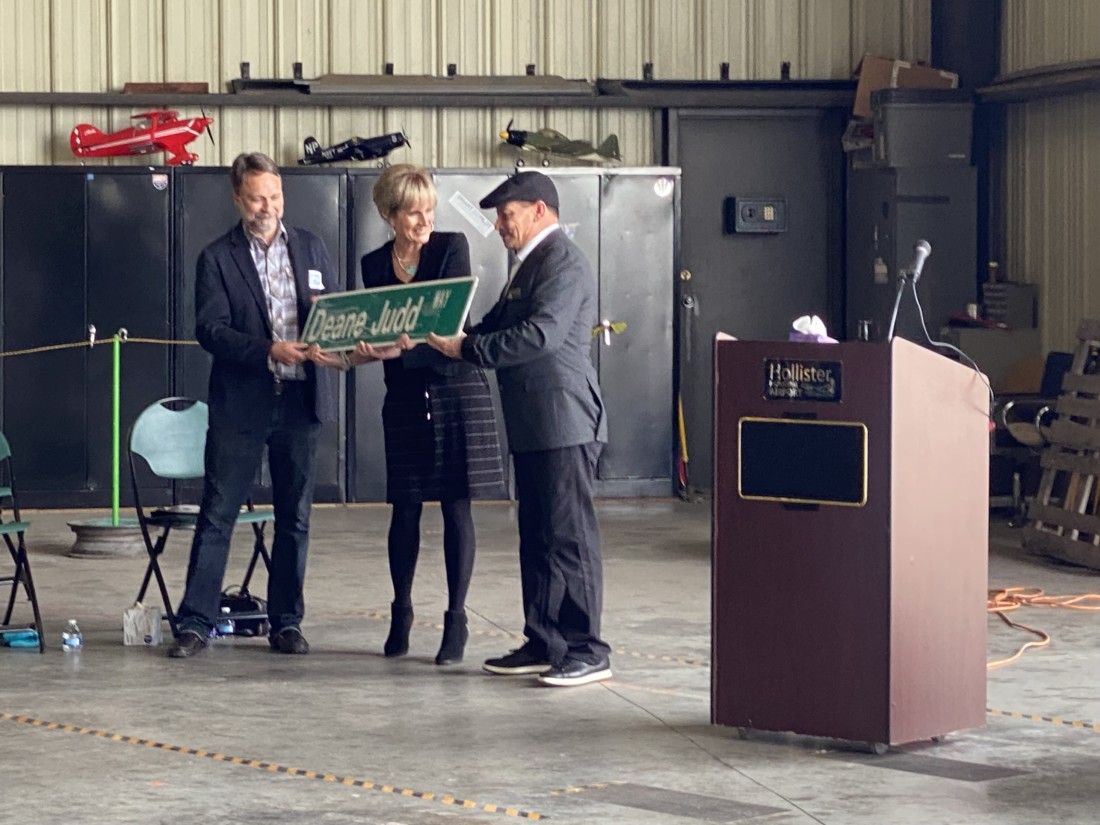 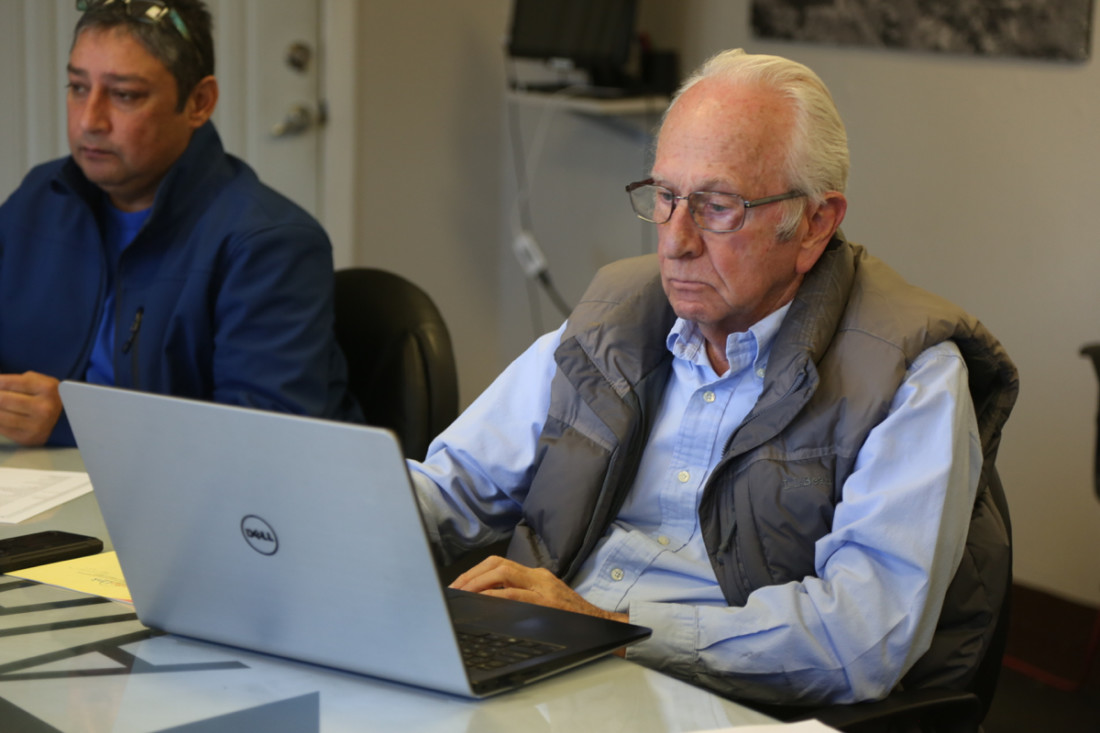 Deane Judd, board member with BenitoLink Board Chair Rohit Sharma helping to organize and update BenitoLink. Photo by Leslie David.
×

The life of longtime Airport Advisory Commissioner Deane Judd was celebrated Jan. 15 at the Hollister Municipal Airport. The celebration included renaming Mars Drive at the airport to Deane Judd Way in his honor.

Judd’s love for aviation was exemplified through his two separate appointments totaling 14 years as a commissioner, serving as the air boss for two Hollister air shows and volunteering to spark young people’s interest in aviation through the Experimental Aircraft Association.

“While a lot of people reach for the bubble gum and bailing wire to fix things,” said his son Doug Judd at the memorial service, “Dad was definitely not that kind of guy. He was very much a ‘do it right’ kind of a guy.  When he needed to fix something, he would think about it, make a plan, draw it out on paper and then carefully implement the plan.”

Judd, who died November at the age of 84, flew his airplane, a Cessna 172, until he was 83, and flew reconnaissance flights for the Hollister Motorcycle Rally on Fourth of July weekends.

At the memorial service, held in a Hollister airport hangar as airplanes taxied by, daughter Cathy Judd said, “When I asked him what inspired him to take flight, he said it was the freedom of it. ‘If I want to go over here, I just turn the plane this way. If I want to go over there, I turn it that way.’ He also engaged in the community here in a way I’d never seen him do before. And that has certainly been exhibited by the outpouring I’ve witnessed since his passing.

“He prided himself on being well read,” she continued. “He read the San Francisco Chronicle—a “rag” of a newspaper I remember him calling it—and for any youngsters who may not be familiar with that term, I looked it up and it means essentially a “sensationalized tabloid.” He also read the San Jose Mercury News, Investor’s Business Daily and when they started dropping it off on his driveway for no charge, the Wall Street Journal. All in a day’s work.”

Despite all the reading he did, he still managed to give back to his community in a big way. In his later years, Judd served on the San Benito County Grand Jury and BenitoLink’s Board of Directors from May 2019 to July 2021.