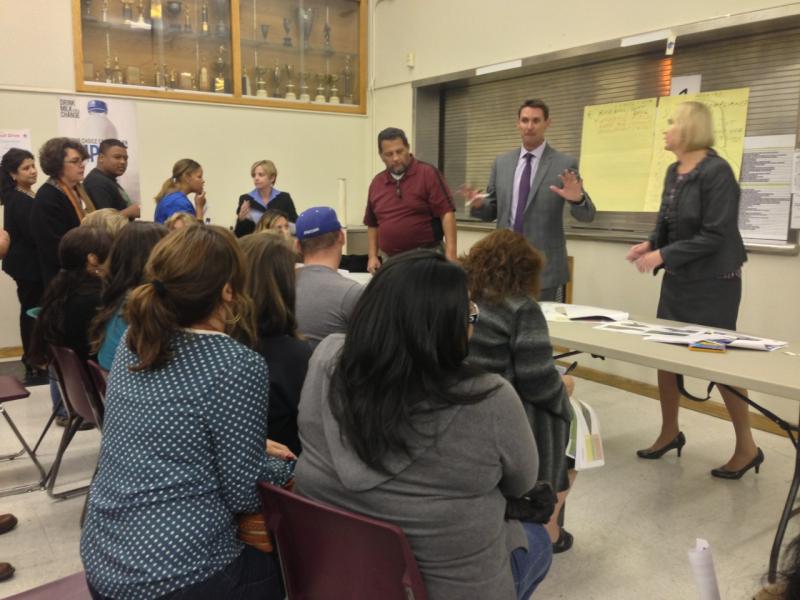 The San Benito High School Board of Trustees held a meeting at the school to receive public input on the proposed $70 million reconstruction of the school. There was a strong showing of interested residents who came to voice their ideas about how they wanted the school’s priorities to be.

The 100 year old High School has been built piecemeal, including former army barracks which had been moved to the school site from the airport. The district is working towards creating a school environment which will better serve the needs of the students, parents and the community.

Attendees were asked to contribute what they thought should be priorities in building the school. Some of the suggestions were; better pickup and drop off areas, more sports fields.

There was concern by the District that the current school needs to be upgraded for the safety of the students, in addition to their need for an appropriate educational environment.

There has been a leveling of the population of the student body at around 3,000 students. The number has decreased for the last couple of years. There was a general sense that there would be growth in the coming years due to the number of new homes being built.

The General Plan reflects the Board decision to concentrate on one campus rather than building a second campus.

The $70 million cost of the General Plan would probably be built over a period of 15 years. The Plan would be carried out in segments, as funding is made available.

The District is looking at the possibility of a putting a bond before the voters in next November’s election.

The initial bond would be for $39 million, the remainder of the funding is yet to be determined.

View the General Plan as developed by the architect here