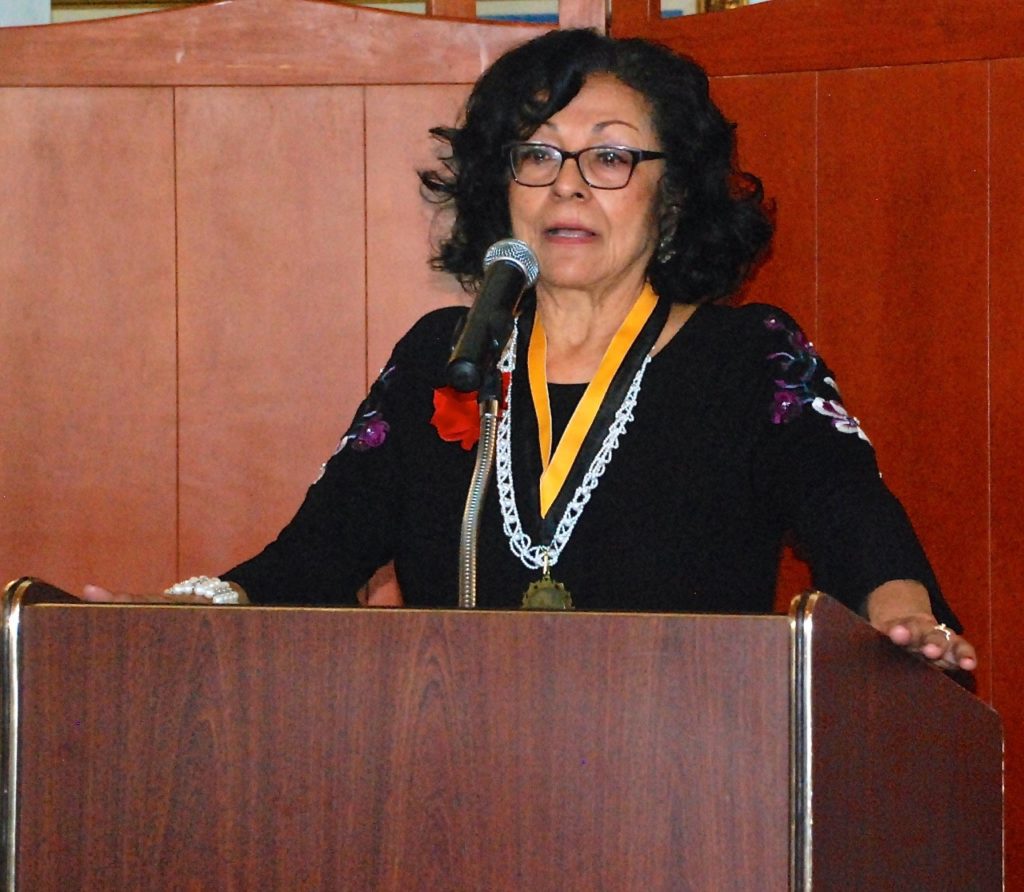 The Hollister event began with a silent auction followed by a buffet breakfast and singing by members of the youth choir from Bethany Community Church of Gilroy.

Two Martin Luther King Freedom awards were presented by Rev. Gerald E. Harris, pastor of Bethany Community Church. One was given to attorney Elvira Zaragoza Robinson, a church member and Youth Alliance Change Maker. The other was presented to Gilroy businessman and coach Lovell K.C. Adams.

Robinson has been an attorney for more than 30 years. She has offices in Hollister, Gilroy, Salinas and Los Banos. She has been an advocate for Latino education and has served on many boards. In 2011 she was named Woman of the Year in the 28th California State Assembly District.

Robinson, in accepting her Martin Luther King Freedom award, thanked Harris, her grandchildren and others who helped her after the death of her son last year.

The eight-week program was presented once a week at San Andres High in Hollister. The students were represented by fellow student Vicente Aguirre.

“What I learned from them (the instructors) was that I can be somebody and I can go on… for me it helped a lot," Aguirre said.

Harris then spoke about Vicente saying he emerged as a leader early in the program and that the future is going to be much better because of him.

The students were invited to Gavilan College in Gilroy for a tour of the campus after the celebration.

“It was a phenomenal program, in my opinion,” Robinson said.

Harris talked about King and Mahatma Gandhi, both of whom achieved goals for freedom through nonviolence. Both, he said, were influential leaders.

Influential leaders, he said, want to influence people and make a positive difference in people’s lives. In order to be such a leader, Harris said, you must be able to make changes in yourself, because you can’t give out what you don’t have.

“You must be the change you want to see in the world,” he said.

"You must move from reaping seeds to sowing seeds", he told the crowd. “You’ve got to sow the seed for somebody else. Before you work on the dreams of others … you have to work on the dreams for yourself …,” he said. “You’ve got to see the good in people and help them. … Do something that captures the attention of others and they will support you in your cause …,” he said. “Have the passion to go out there and do something.”

In presenting the Martin Luther King Freedom award to Adams, Harris said Adams is “an example of someone who, everyday, is out there on the line.”

Adams was born and raised in a Gilroy orphanage. He works with at-risk youths in athletics. He is president of the Gilroy and Morgan Hill chapter of the National Junior Basketball Association. He has coached sports at both Gavilan College and Anchorpoint Christian School. Adams also is the owner of Kutz and Colors Hair Salon in Gilroy.

Adams urged those attending the event to try to help at least one young person.

Adams also was honored by the California State Assembly and the city of Gilroy.

The event closed with a prayer and the singing of the civil rights movement song “We Shall Overcome.”