What percent of households in San Benito County are occupied by homeowners? This study reveals local homeownership rates and compares it to neighboring counties 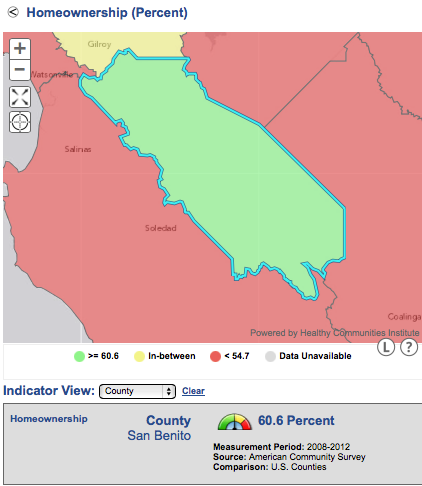 Why is this important?

Homeownership benefits both individuals and their communities. Not only are homeowners more likely to improve their homes, they also are more likely to be involved in civic affairs.  These investments in time, involvement and property improvements translate to a better community overall. In addition, homeownership provides tax revenue that also benefit their cities and counties.

The data on the report was measured from 2008 to 2012 and was done by the American Community Survey and maintained by the Healthy Communities Institute and provided by the Community Dashboard, hosted on BenitoLink. To view the full report details click here.