He plans to focus on his business and take time to travel. 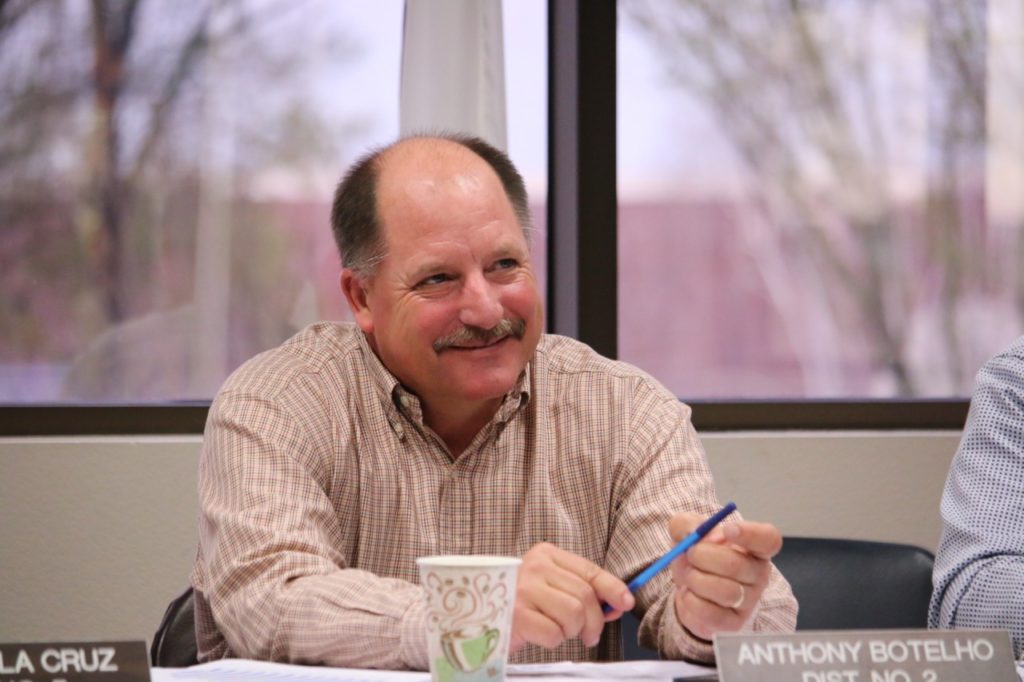 Supervisor Anthony Botelho at a 2017 board retreat. Photo by John Chadwell.
×

San Benito County District 2 Supervisor Anthony Botelho will not seek reelection in 2020. The decision came after talking it over with his family.

Botelho told Benitolink that he has contemplated the decision for at least two years and feels it’s time to move on given the increased complexity of the supervisor position, being 58 years old, and his business, A&A Botelho Orchards.

“I feel I’m at a point in my life that I kind of want to take a little bit off my plate,” Botelho said. “You only live life once and as much as I enjoy public service—I love it—but I just think that now to add another commitment of another five and a half years, it would be tough to keep up the current pace that I’m working.”

First elected in November 2004, Botelho said he didn’t imagine he would run for more than three terms. Botelho’s family has long been involved in public service, as his uncle Herman also served as District 2 supervisor for three terms starting in 1963.

With his term ending next year, Botelho said he would have liked to be part of future projects the county will take on, such as improving the transportation system and fixing the roads.

Botelho said he was thankful for having the opportunity to travel the state and meet with supervisors in other counties to learn and share ideas, particularly regarding how they are impacted by state rules and mandates.

“I will miss that tremendously,” Botelho said. “But hopefully I’ll continue on with some other opportunities. And it’s time for somebody else to take these burdens on.”

For Botelho, those who intend to run for a seat on the Board of Supervisors need two attributes: understanding of services and partnerships that can be gained through community involvement; and the time to attend meetings and deal with concerns from constituents.

Ideally, those individuals have been elected or appointed to a commission or city council and have gained some understanding of the time needed to invest in the position, Botelho said.

“Even at that it will surprise them,” he added.

Botelho said partnership projects have been his favorite aspect of being a supervisor. Most recently, that involved closing the part of Nash Road that intersects San Benito High School. Botelho is also proud of when the county partnered with the Aromas-San Juan Unified School District to install the soccer fields in San Juan Bautista in 2008.

Botelho said those projects demonstrate that different agencies can work together to get things done.

“It was worth every bit of the time that I spent for 15, 16 years,” Botelho said. “You don’t do it for recognition because so many people have to be involved.”