Board plans April vote to consider spending $350,000 on resurfacing a half-mile strip of road. 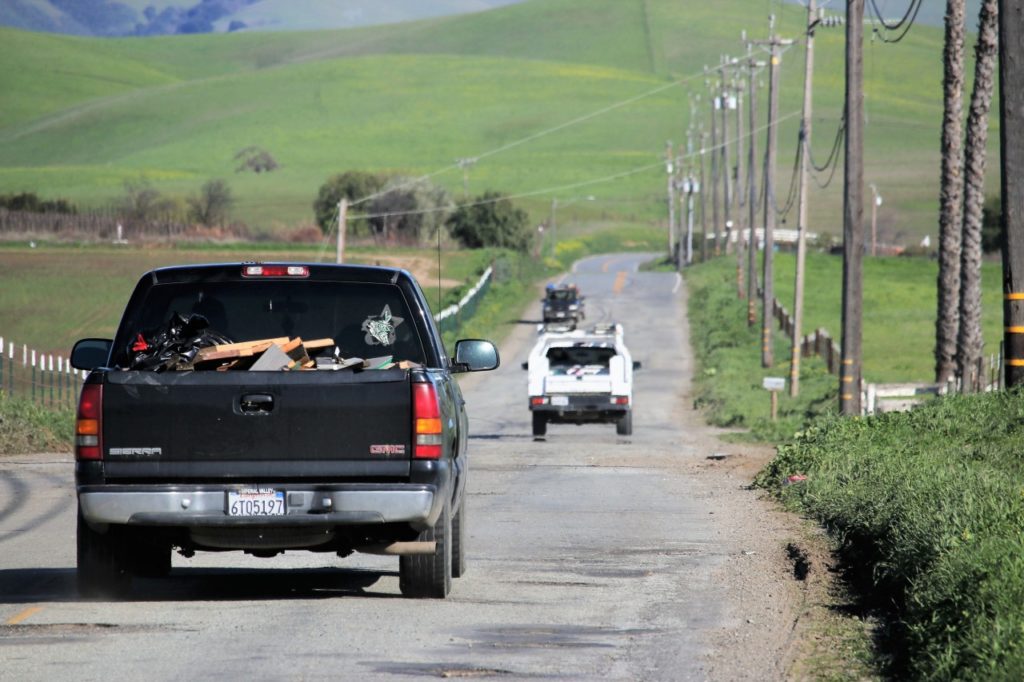 It is estimated it will take nearly $350,000 to repair a half-mile stretch of John Smith Road. Photo by John Chadwell. The San Benito County Board of Supervisors will consider putting over $350,000 toward resurfacing a half-mile strip of asphalt on John Smith Road.

Resident Barbara Taddeo, who has complained numerous times to the county about the condition of John Smith Road, spoke during public comment at the March 19 meeting about what she saw as a lack of progress on the road that serves her neighborhood and the John Smith Road Landfill. She reminded supervisors of the nine flat tires and additional damage to her car.

Resource Management Agency Director John Guertin (who resigned later that day) gave a report of potential Senate Bill 1-funded road repair projects for fiscal year 2019-20. After showing supervisors a chart with six roads to be repaired at a total cost of $1.78 million, Guertin suggested it would be easy enough to move money from one or more of the other road projects if supervisors wanted to approve repairs for John Smith Road. He told the board that because no one on his staff was with San Benito County when the John Smith Road project first began—in 2002, according to Supervisor Mark Medina—they needed to become acquainted with what it involved, while trying to keep up with their regular workload.

Guertin explained that the realignment project had been hampered not only by right-of-way issues, but mitigation of California tiger salamanders and fairy shrimp habitat. He added that because of ongoing negotiations with Waste Connections, the owners of the John Smith Landfill operation, the county put the project on hold.

Guertin said that in 2015, a section of the road was repaired with rubberized asphalt stretching from the landfill to a half-mile from Fairview Road; it was funded by a grant to Waste Connections. He said there were two options to repair the road that were not mutually exclusive, and that if the realignment was to continue, the remaining environmental study would cost about $80,000. The total cost and time of the realignment would be $1.5 million to $2 million and take three to five years to complete.

“Resurfacing the half-mile of road is estimated at about $350,000 and it could be done this year,” Guertin said.

Supervisor Peter Hernandez said that while the realignment is important for safety reasons, John Smith Road needed to be repaired as soon as possible, and he wondered if there were other funds to pay for it.

County Administrative Officer Ray Espinosa said funds from Waste Connections were already in place for the realignment and that the county’s enterprise fund had more than $300,000 that could be used to repair the road.

Supervisor Anthony Botelho said California Department of Fish and Wildlife “absolutely care more about fairy shrimp than they do about human life. With that said, we ought to be utilizing the funding we have as efficiently as we possibly can. I think we can free up more funds to do more paving elsewhere rather than spend millions of dollars mitigating fairy shrimp.”

Supervisor Jim Gillio said when he’s gone to Sacramento, he has been told that those who allocate SB-1 funding are looking for additional projects.

“We need a comprehensive SB-1 list and don’t be afraid to ask for too much,” Gillio said. “If we get 20 percent or 10 percent of our ask, great. If we don’t ask we’re making a mistake.”

Medina said he wanted the road fixed immediately and that the realignment was a subject for a different day.

“We’ll bring back this report April 2,” he said, “and we’ll also bring back John Smith Road, looking at finalizing the half-mile rubberized asphalt or a different type of asphalt using either SB-1 funds or preferably the enterprise funds.”

Supervisors voted unanimously to bring both issues back as resolutions at an April meeting.