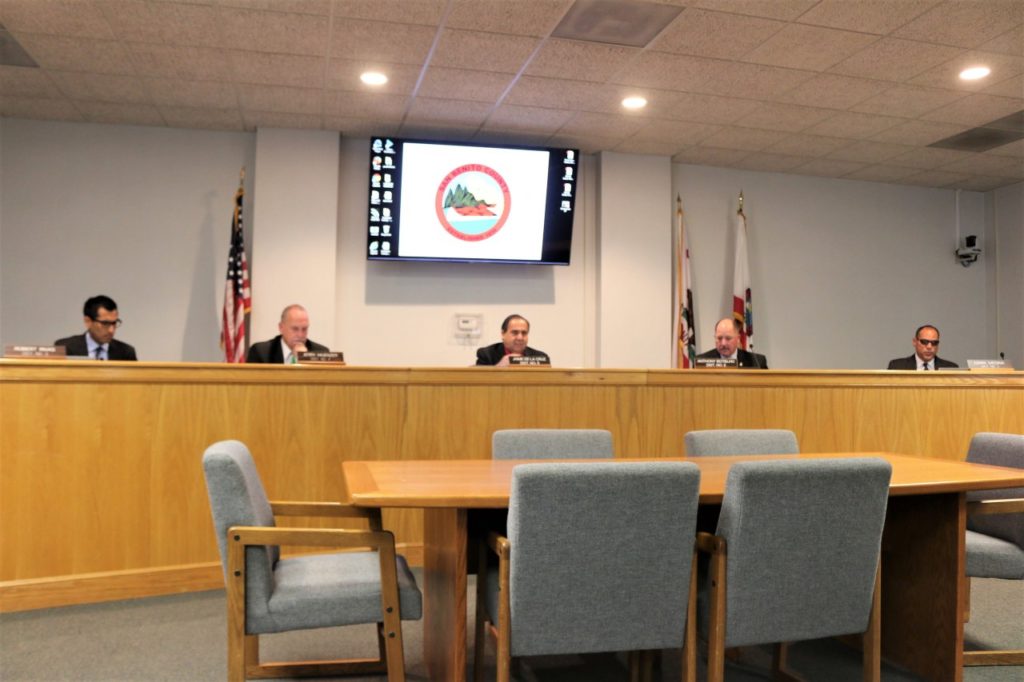 The county board of supervisors unanimously approved a resolution Dec. 12 to allocate at least $150,000 to retain an outside law firm to represent the county in litigation against a lawsuit filed by two retired county employees. The county was served with a complaint on Dec. 7 in a suit on behalf of Normandy "Mandy" Rose and Margaret Riopel. Barbara Thompson, county counsel, made the request for approval to hire an outside law firm because unless an extension is granted, a responsive pleading would normally be due by Jan. 6, which is before the next regularly scheduled supervisor meeting.

Rose and Riopel filed jointly as individual plaintiffs in the Superior Court of the State of California in and for San Benito County Oct. 11 to receive 100 percent paid retiree medical premiums and benefits at levels no less than those received at the time of their retirements.

According to the lawsuit, Rose was employed as Director of Integrated Waste Management from Aug. 1999 through Jan. 2015. Riopel was employed in various positions between Sept. 1986 to Dec. 2012. Both claim various county officials repeatedly told them that upon retirement, the county would pay monthly contributions equal to 100 percent of the costs of healthcare premiums and benefits equal to that provided at the time of their retirements.

The suit also spelled out that the two plaintiffs are suing specific individuals under fictitious names until their true names and capacities could be determined, after which, the plaintiffs would amend the complaint by asserting their true identities and capacities. Both women allege that each of the individuals, or defendants, are responsible in some manner for the occurrences alleged in the action and caused damages to them.

The suit is challenging the validity of a number of resolutions the county passed over the years related to retiree healthcare benefits. In particular, it singles out Resolution 2016-67—which it claims is unconstitutional and unenforceable—that purportedly eliminated the county’s promise to provide 100 percent of the cost of healthcare premiums and benefits equal to those provided at the time of retirement. The suit claims the resolution violates the plaintiff’s constitutional and vested contractual rights.

Because the two plaintiffs were among the “unrepresented”, confidentials and department-head class changes to their healthcare benefits did not occur until after they retired. This means, according to the lawsuit, they have no claim, speedy and adequate remedy in the ordinary course of law, therefore, they had no choice but to file the complaint. Furthermore, the action states that if the county is not restrained from “wrongful conduct,” the two plaintiffs will be irreparably injured because their post-employment retirement rights have been withheld from them.

The complaint states that it will be difficult to determine the precise measure of damages to the plaintiffs and warns the county that if the defendants’ conduct is not restrained, the plaintiffs will be forced to institute multiple lawsuits in order to obtain adequate compensation for their injuries.

The plaintiffs are asking that the county declare that the provisions of Resolution 2017-67, among others, cannot be applied to them because it violates their constitutional and contractual rights. They also want the county to provide the plaintiffs with the plan provisions, rights and benefits in place when they retired, as well as any enhancements made during their service, including, but not limited to, payment of monthly contributions towards retiree healthcare benefits.

Additionally, the complaint states the county would pay damages that the plaintiffs have—or may—suffer, as well as all costs to them in trying to enforce their constitutional and statutory and contractual rights. This would also include all attorney’s fees, costs of the suit and any further relief the court may impose on the county.

Thompson explained to the board that there has been recent case law that has passed regarding retiree healthcare contributions in Orange County and Vallejo that could support San Benito County’s changes. She started to describe the law firms she was recommending to represent the county when Supervisor Jaime De La Cruz asked her if the crux of the situation was that two former employees were suing the county for “…not paying 100 percent of their lifetime health insurance?” Thompson told him that was the case and then he asked her if the county were to pay, if it would be retroactive or moving forward. She said it would most likely be retroactive back to the date of the 2016 resolution.

“There’s been a situation in Orange County that had gone up to the Supreme Court and the federal appeals court, and at the end of the day it sided with the county,” he said. “So, what could potentially become a class-action lawsuit because there will be other retirees who would jump onboard, you’re stating we need to hire counsel that are experts at this, and any type of negotiations are bad news for the community, if we were to settle before it goes to court?”

Thompson said there would be a negative impact to the county’s ability to make changes it has done already to cap contributions in order to control the budget and reduce liability. Because it was a litigation matter, she was advocating for the hiring of outside counsel.

“I think it’s a disgrace,” Supervisor Anthony Botelho stated. “It not only hurts the community; it hurts our retirees; it hurts our current employees. We have to defend the county, of course. What a waste of money. It’s really too bad it’s come to this, and knowing both of these individuals, I’m really sorry about this.”

De La Cruz added, “Any money that we allocate to defend this case is money that we can give back to our employees or reinvest back into our community. I’m not too happy about it and this needs to be out in the open, and I’m happy some of the members of the media are here and hope they can write about it. The public needs to know what these two individuals are trying to do.”

Supervisor Mark Medina asked Thompson if there had ever been any contractual agreements that promised employees free medical benefits for life. She responded that all previous resolutions going back to the 1980s would be examined for any such language. De La Cruz said it was his understanding that while pensions are guaranteed and that according to the 9th Circuit Court of Appeals, there were no other such guarantees.

“Theoretically, there could be implied vested rights, but they did not rule it in that case because it is a very high standard to meet,” Thompson said. “So, they would have to face a similarly high standard in this case, too.”

Thompson presented three law firms for the board’s consideration, all of which she said were excellent choices. The three submitted quotes ranging between $60,000 and $150,000. Medina commented that even though he is normally the board member who always chooses the lowest bid, he thought it best to go with the firm whose lawyers have won similar cases. The board selected Thompson’s recommendation of San Francisco-based Renne Sloan Holtzman Sakai LLP, which submitted the high quote of $150,000.