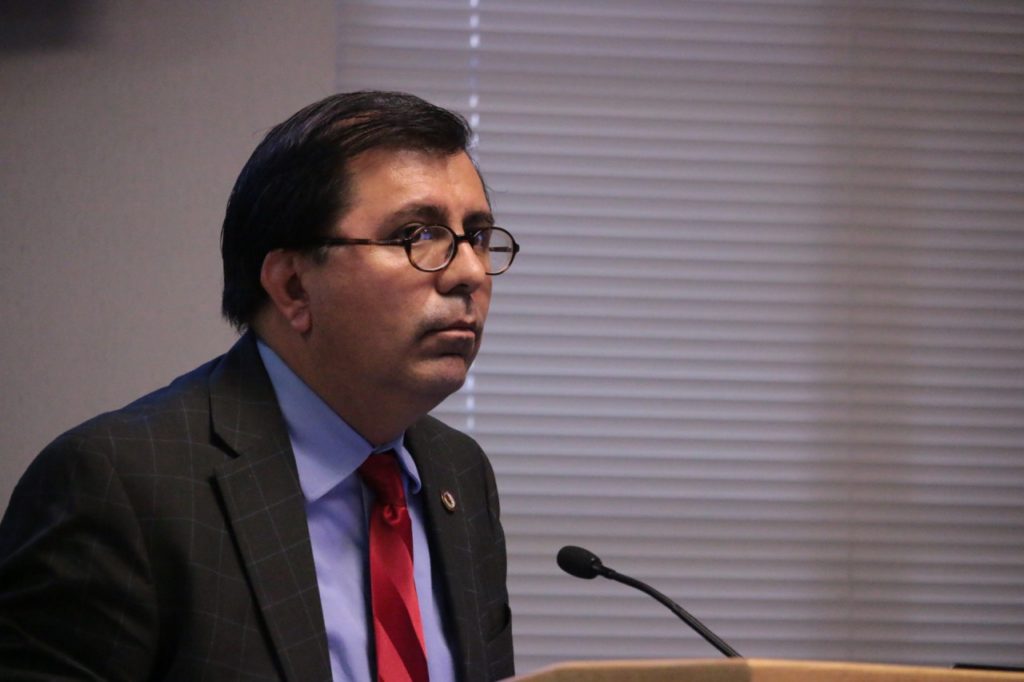 It’s not really clear who first coined the phrase, “whipped-dog syndrome,” but it was included in the 2011 review of the book, “Righteous Indignation,” which was about the late Andrew Breitbart, along with the definition: “…every word and policy is shaped by a defensiveness against its master,” whether that master is the public, the opposing party, or the media

It was obvious at the June 22 county supervisors’ special meeting that there was a serious case of whipped-dog syndrome in the room. There were only three public agenda items up for discussion, yet after more than three hours of back-and-fourth between county staff and the supervisors, the nearly unanimous decision was to do nothing, for now.

The mood was one of lament and regret (on the defeat of Measure P) that hung like a murky pallor over the five supervisors’ heads as they listened to the presentations on the Abandoned Vehicle Abatement fee program; adjustments to the fiscal 2016-17 budget, and other budgets; and a proposed unincorporated sales tax. They dutifully asked questions, but ultimately opted to put each on the back burners that ranged from 18 months (in the case of new fire trucks) to two years.

The agenda item that struck the strongest cord of dismay that bordered on defeatism was presented to the supervisors by Louie Valdez, the court clerk and interim analyst. He valiantly went through the motions to tell supervisors why there was a desperate need for a 1 percent sales tax. The discussion covered whether it should be a general or special tax, what the language should be like in a potential advisory ballot measure, what, if any, an education or outreach effort should look like, and public financing options of capital improvement projects, including certificates of participation (COP), bonds and other available debt financing options.

Valdez reminded the supervisors that in a 3-2 vote at a Nov. 2015 meeting, they had directed the staff to seek the placement of a 1 percent unincorporated sales tax on the Nov. 2016 ballot. He said former analyst Sara Fontanos had made several presentations and had given the supervisors a deadline of Aug. 12 (88 days before the election) to submit a resolution to the County Elections Department.

“You’ve heard tonight that there are a number of different needs that exist in the county,” he began. “The primary issue is roads and Measure P, which did not achieve the 66 2/3 percentage needed to achieve approval during the primary election. That’s just one of the many issues around the county.”

Valdez spoke of the earlier presentations on abandoned vehicles, the need for new fire engines and stations, and capital improvements to the administration building, the jail, library, Office of Education, Health and Human Services, Juvenile Hall and the Probation Department, and Agriculture Department, as well as IT infrastructure throughout.

“If you look at the overall structure of the revenues and the property tax allocations, as well as the sales taxes allocations that San Benito County has, they’re almost the lowest in the entire State of California,” he said. “That poses a problem for administration, it poses a problem to have expert and competent staff responding to the needs that are required by the county, such as in the areas of finance, legal, engineering, environmental health, and transportation.”

Valdez warned that the county has reached a point of “critical mass.”

“This is a very difficult conversation to have, but one we have prepared for if we are to meet the requirements to put this question on the ballot,” he said, and then he advised them about general vs. special taxes.

“A general sales tax is probably the most advisable, given the fact that 66 2/3 on any question, you saw what happened with the abandoned vehicle program (they turned it down), it’s pretty hard to get that,” he said. “You really need to think about whether or not you’re going to consider this special or general, and what your logic will be behind that. If you decide it’s to be a special tax you have to decide what that specialized purpose is.”

Valdez told supervisors that if they decided on a tax, no matter what kind, they only had two more meetings to accomplish all the legal wranglings needed to get it on the November ballot.

Supervisor Robert Rivas set the prevailing mood by reminding everyone that: “…all polling indicated that it (Measure P) would pass. It failed. I don’t know if there’s enough time to get some professional help. I’m discouraged because of the outcome of Measure P.”

If it was possible to project even more of a sense of discouragement, Supervisor Anthony Botelho achieved it.

“I think we had everything in place that we needed, the campaign consultant, a good stakeholders’ group, and a measure that addressed a variety of areas that appealed to a number of people,” he said. “I think we’re in an election cycle that is very tough.”

Botelho told of receiving an email from a constituent who criticized the supervisors and then asked how they intended to regain the public’s trust. He said he felt confident about his district and the people he represents, but said there remains work to be done.

“We need to focus on our structure, as far as our impact fees,” he said. “We’ve been talking about this and we’ve got to get it done. Let’s just put a number in and then do a better job collecting that money. We’re not doing a good job at doing that. We better clean up our house first, do what we’re supposed to be doing with the revenue we should be getting. This is like a non-profit business. That’s how we rebuild trust.”

Botelho emphasized rebuilding trust as the number one priority, and then, in perhaps two years, they might look at the tax proposal again.

“I’m having a hard time going out with Measure P, abandoned vehicle (fee), a VAT (value added tax), and getting hammered,” he said. “The public is telling us something.”

Supervisor Jerry Muenzer concurred with Botelho and Rivas on the failure of the polling of Measure P, and added that they had a great committee supporting it, and the fact that more than $65,000 had been raised to promote it, and got good response as supporters went door-to-door.

“I was expecting a successful outcome,” he said. “We didn’t come anywhere near it. The mood of the voters is not there. I don’t see we’re going to raise that kind of money for this measure. I think it’s the wrong time.”

Supervisor Jaime De La Cruz echoed the opinions of the others.

“Supervisor Botelho says it all the time, ‘Roads, roads, roads,’ and we put it out there to the public and they said, ‘no,’ so I can’t support this, at least for the next couple years,” he said.

Supervisor Margie Barrios, whose supervisorial career is coming to a close as she retires next January, was the sole voice of hopeful expectations.

“The question is, what we do in the interim?” she said. “Even if we do a lot of changes within our ‘home,’ it’s not going to be enough to address the problems we have with our roads, our facilities, even two years from now. The public did support (Measure P) by 50 plus percent to do something. So maybe we should take a gamble again. I wouldn’t go long-term. We do need to build trust. We can do a shorter-term and do a lot with the little bit that we collect.”

She said 20 years is too long for a measure and suggested seven years or even nine years.

“I know it can’t be a special tax. It’s going to have to be a general tax,” Barrios said. “So we need to have an advisory group of some sort that is going to direct and look at where the greatest needs are and put that money in there, whether it be roads, or facilities, or library, whatever it may be it’s going to be put to good use. I would support it just to give it one more shot.”

Rivas commented that he shared everyone’s concerns that something has to be done, but said he feared if they moved forward it would be done haphazardly.

Rivas said by waiting they will have a better argument to convince residents why the tax is needed.

Ray Espinosa, county administration officer, reminded the board there were only two more meetings, and Rivas immediately came back that his reading of the board’s mood was to pass on any resolution, in favor of putting it off to 2018. Botelho came back that he didn’t see any possibility of raising money to support the effort in such a short timeframe.

“I don’t feel confident right now, with the mood of the voters to support us on this,” he reiterated.

Barrios stuck to her guns in support of the tax if a community group would step forward and champion the cause.

“We certainly can’t go out and ask for money,” she said. “It really is all about education and if we don’t have a community group to take the lead we really don’t have the support.”

Rivas said if some community group were to step forward there might be a conversation.

“At this time, we’ve got to step back and look at 2018,” he concluded, and then adjourned the meeting.