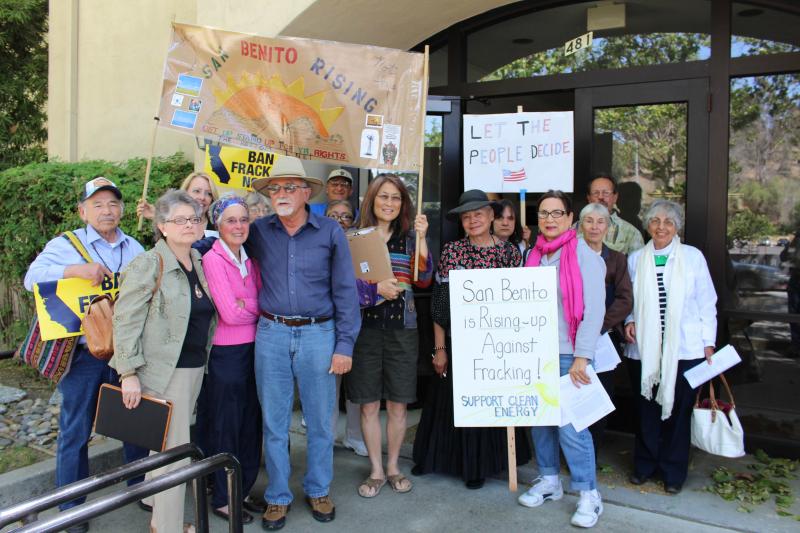 The Board had three options: to adopt the ordinance, to place it on the ballot, or to request a fiscal report.

The County Counsel has prepared the following ballot title and summary of the chief purpose and points of the proposed measure:

(b)  the use of land with a residential General Plan land use designation —i.e., lands designated Rural, Rural Transitional, Rural Residential, Rural/Urban, and Sphere of Influence Rural/Urban—within the County’s unincorporated area for any Petroleum Operations.

“Petroleum Operations” includes all activities in connection with the exploration, drilling for, and the production of petroleum, gas and other hydrocarbons.

The measure would also add new sections to the Zoning Title (Title 25) and the Oil and Gas Well Chapter (Chapter 19.21) of the San Benito County Code to implement the new General Plan policies. Section 25.29.161 would prohibit any development or construction or use of facilities or equipment for “High Intensity Petroleum Operations.” Section 25.29.162 would prohibit the development, construction, or use of any facilities or equipment for Petroleum Operations in Rural and Residential Zoning Districts, e.g.

General Plan policies and County Code provisions adopted through the initiative could not be amended or repealed except by a vote of County voters. The San Benito County Board of Supervisors may grant exceptions to application of the Initiative if the Board finds that the application would constitute a unconstitutional taking of property and the exception would be such to allow land uses only to the minimum extent necessary to avoid a unconstitutional taking.

The Initiative provides that the Board of Supervisors shall take all steps reasonably necessary to enforce the Initiative and defend it against any challenge.

If another measure appears on the same ballot and conflicts with any portion of the Initiative, then the measure receiving the most votes shall prevail.