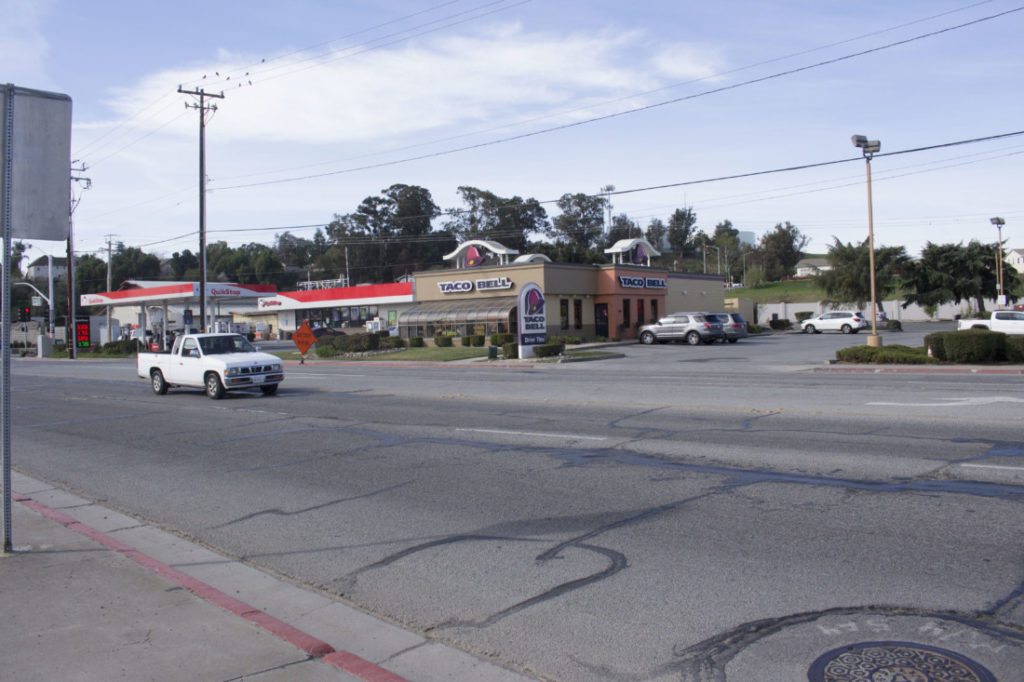 The owner of the Taco Bell located at 40 San Felipe Road in Hollister recently raised concerns about his project’s costs because of the city’s road median and underground utility requirement. The owner is proposing to demolish the building and construct a smaller restaurant with outdoor seating.

At the Feb. 25 Hollister Planning Commission meeting, assistant planner Ambur Cameron said a median and other improvements are required by the city for the Taco Bell, the Starbucks to be built across the street, and any other future project proposed for that area. Though all projects would split the costs, the one that is built first bears the burden of initial costs for all improvements and would receive a reimbursement by other following projects.

Taco Bell owner Daniel Carter said with all the improvements the city is requiring, he would break even after 22 years.

“If we cannot accommodate ourselves within those financial restraints that we have, then this project dies,” Carter said. “My financiers have already said ‘kill it, kill it, kill it.’”

Despite that advice, Carter said he has pushed for the project for more than a year but does not see much progress.

“I’m running out of capacity,” said Carter, who also owns the other Taco Bell in town at 431 Tres Pinos Road. “If we can’t come to a reasonable agreement, and I think we are being overly reasonable, then we just have to kill the project.”

Rather than paying for the improvements up front, project architect Phillip Moss with VMI Architecture, Inc. suggested the developer set aside $200,000 for off-site improvements. He also said to reduce costs, they are willing to contribute to the underground utility project if and when the city begins work, because it was unfair to put all the burden on the Taco Bell project.

The Taco Bell project has also faced challenges meeting parking requirements. In its current design, the Taco Bell is four spots shy of the required 25 after commissioners asked that one be removed because it would block the trash enclosure.

City planner Abraham Prado said the project has taken this long because the applicant had to substantially change the design to meet city requirements. While the applicants were concerned about constructing a raised median on San Felipe Road, he said the only requirement at this time is delineators, which are traffic controls to deny crossing lanes that include cones, vertical panels, and bar barriers.

Prado also said that all the burden most likely would have fallen on the Starbucks project, but construction had to stop because workers “clipped one of the lines for PG&E,” so PG&E needs to respond and inspect the project site.

Commissioners directed staff to work with the applicants to address all concerns before applicants return for site and architectural approval.