Local biotech company knocks it out of the park with employee giving pledges for 2019. 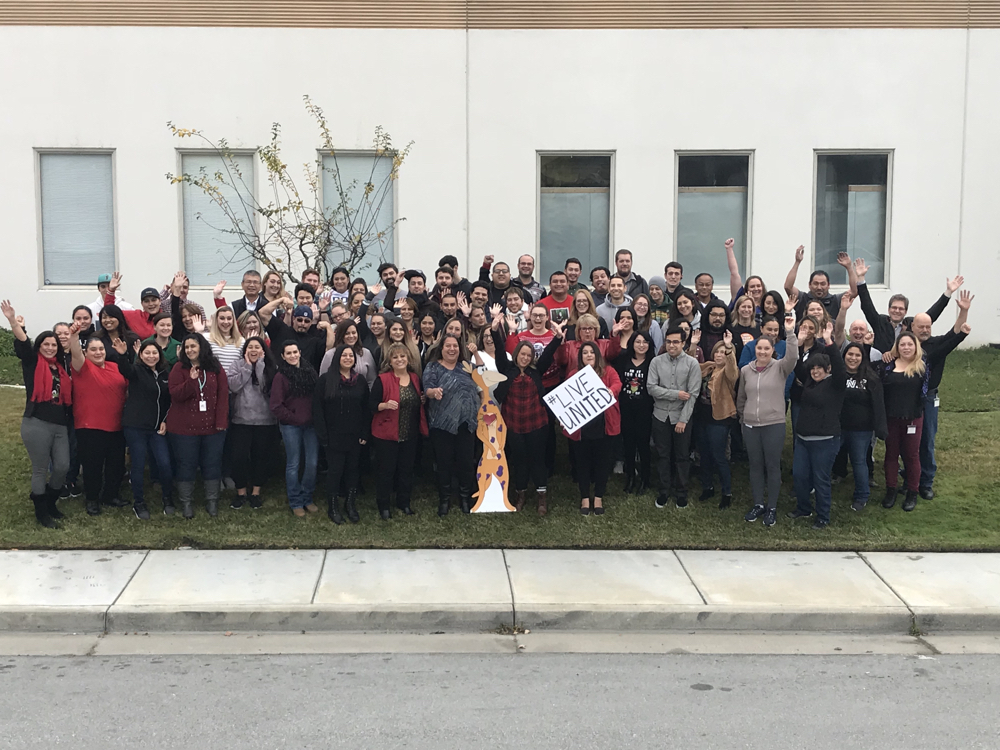 Local business Teknova has developed an employee giving program which continues to expand year after year. Teknova manufactures products for the Biotech, Pharmaceutical and Research communities.

The planned giving program has been operating at Teknova for several years.

CFO Richard Goozh said that employees have responded well to giving personal donations, set at levels from fifty cents to $100 per paycheck.

“It really creates an esprit de corps here. People feel like they are doing a good thing,” Goozh said, noting that the program has an 80 percent employee participation rate.

“Six years ago”, said Vicki Fortino, executive director of United Way of San Benito County, “ when I just started with United Way, we were seeing the (Teknova) total employee donations at around $1,000.”

Employees commit to a payment of any size which comes out of their paycheck throughout the year. Here are the figures from the last several years:

“Teknova is committed to making a difference in the community," said Fortino. "The company not only provides their employees the opportunity to be philanthropic, they are philanthropic as well.”

Said Teknova Resource Manager Ashley Holtz: “It’s really easy to donate because it is just a payroll deduction. You don’t have to do anything out of the ordinary to contribute to the community."

Doris Mudgett, who works in accounts receivable and also is the front receptionist, said she donates to “help the community and the kids”.

“Obviously, I do it as a member of the community and want to contribute to people who aren’t as lucky," Mudgett said. "It is such a family here and we just want to show how we can make a difference.”

“It really started with Ted and Irene, who have been philanthropic and became involved in the Community Foundation for San Benito County early-on,” said CFO Goozh about the company's owners, Ted and Irene Davis. “I have always thought it was important and have been active with giving with previous jobs in the other communities I’ve lived. So we formalized the philanthropy program and promoted it more with the entire staff, explaining about the benefits of giving to your own community. We do a lot of things through the Community Foundation.”