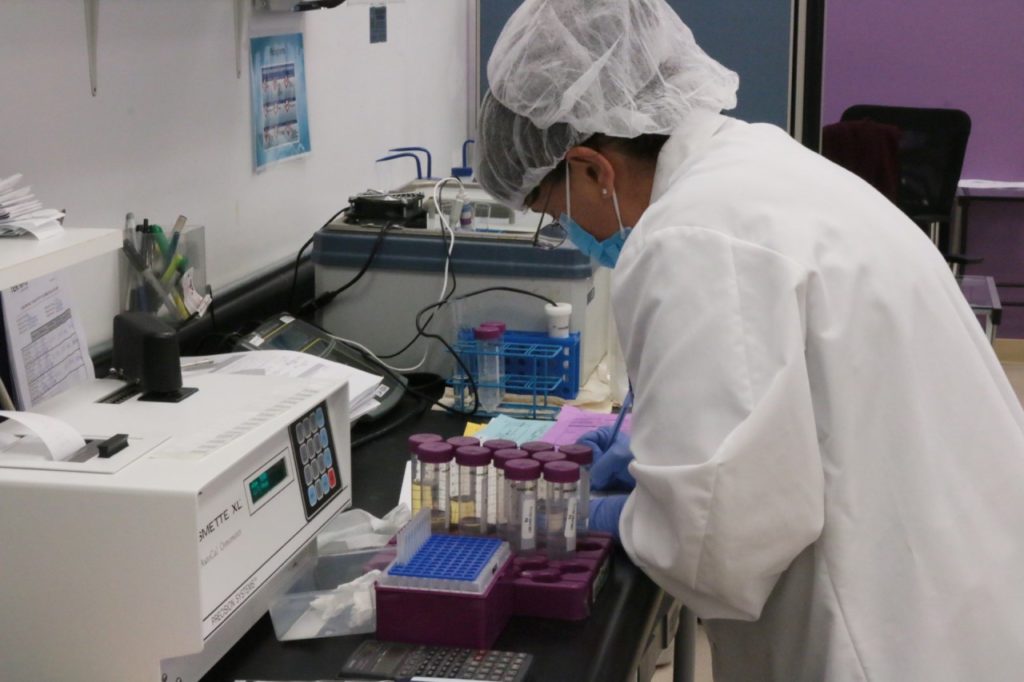 In an agriculture county where vegetable growers are the economic engine that feeds much of the country while employing several thousand local residents, there’s one company near the rows of asparagus, lettuce and tomatoes that grows something that feeds no one yet can benefit just about everyone.

Teknova, located on Bert Drive, just down the street from Marich Confectionery, produces 3,000 unique crops of “growth media” to produce bacteria or yeast used to clone DNA and study genes.

Ted Davis, 55, founder, president and CEO of Teknova, said that when researchers want to study human genes, they take DNA and place it into bacteria or yeast, which will then make the same protein that is produced in the human body. He said the company also makes many liquids used for purifying and studying DNA and proteins.

Davis took BenitoLink on a tour of Teknova’s two buildings that have the combined capacity of approximately 32,000 square feet where nearly 100 people work. The workforce has doubled in just one year.

“We’re growing at a little over 40 percent because the economy is doing extremely well for our sector,” Davis said. “The whole genome revolution has been driving the healthcare industry and people are moving very quickly to take advantage of the information that is pouring out of all the genome sequencing.”

Davis has a bachelor of arts degree in chemistry, has been involved in several start-up ventures, worked in plant molecular biology, and, interestingly enough, was involved in purifying genes that created naturally decaffeinated coffee. He helped manage the creation of a DNA sequencing machine. He founded Teknova in 1996, and the company was located in Half Moon Bay.

Davis is the sole owner of the company and won’t disclose its value, but said he started with a $100,000 investment in stocks from one of the start-ups at which he worked. The company is now worth somewhere in the “high millions.” He said he has been approached a number of times to sell it, but isn’t interested. He wants to keep it private because he’s seen public companies in which shareholders that had no emotional attachment to the businesses.

“That wasn’t appealing to me because you’re basically creating a family,” he said. “All these people work together all day long and they socialize. To have people come up and disrupt it is not appealing.”

Davis moved the company to Hollister in 2004 because the city council of Half Moon Bay was "unsupportive."

“They did not want industry there,” he said. “They want it to be a bedroom community because it’s basically a tourist destination. The only thing they would approve would be a storage facility.”

When Davis looked toward Hollister to expand, two developers who built Ridgemark and owned the properties on Bert Drive worked with him. He also met with the mayor, Tony Bruscia. He said he had looked for properties as far north as Redding, as well as other small towns, but the decision to move to Hollister came down to availability of the buildings and cooperation from the city council, as well as proximity to the Bay Area.

Davis said the professional profile of the 100 employees is 20 percent are unskilled labor who are trained at the company, 20 percent are recent college graduates who have degrees in biology or molecularnbiology, 20 percent have master’s degrees in science, and the remainder are people who have customer service, sales, accounting, mechanical engineering and high-level administration experience.

Always on the lookout for skilled people, he admitted that attracting people to the area is difficult.

“Hiring is one of our biggest problems, right now,” he said. “The unemployment rate is at about 4.5 percent in the Bay Area, and in our industry it’s much lower than that. The Bay Area is one of the world’s hubs for biotech, design research and manufacturing, so it’s a very competitive market.”

Davis said that even though housing prices are still lower in Hollister than in San Jose and the Bay Area, he often has to pay more to attract people to move to Hollister. He wants to expand the company by building a new structure nearby to add an additional 50,000 to 100,000 square feet, up from about 40,000 square feet.

As he talked, he stopped at a window looking into an area where people were filling bottles and Petri dishes. He said much of the automation capabilities were designed in-house.

“We’re a medium-scale manufacturer, volume and through-put wise,” he said. “Typically, machines like this are either designed for infrequent use or a much larger scale. The key to our business is we do mass customization, which means we do relatively small batch sizes that are customized to our customers’ specifications. About 70 percent of our business is custom formulization.”

The company makes products for 28,000 customers at 8,000 locations, with 90 percent of its business in North America. Davis added that a plus for Hollister is that while none of his customers are there, almost all of the money, in the form of wages, remain here.

“We’re having a hard enough time keeping up with business here in the U.S.,” he said. “We don’t really want to fly to Europe to try to get more customers. We’re fairly unique in what we do. We’ve seen many small companies over the years try to duplicate what we do and they’ve been unsuccessful.”

He said this is primarily because the company does about 50 batches of products per day that will go into research and development primarily for drugs that must be flawless, so quality control is paramount.

“It’s very hard to make 50 batches of anything per day,” he said as he pointed out a large stainless steel tank in the clean room. “That’s 30 liters and it’s going to be poured into about 1,000 Petri dishes for one customer. There are 30,000 different human genes and the way in which you find them, select them out from the others, and capture them, involves 1,000 different techniques, so they want special formulations.”

Davis said his client base is made up of research labs within large pharmaceutical companies like Johnson & Johnson, Pfizer, Bristol Meyers, Genentech, and others.

“We also do private labeling for some companies,” he said. “We manufacture the product and put their label on it, ship it to them, and then they ship it to their customers, who don’t realize we’re making it for them. That’s extremely common in our business.”

In addition to growing product, Davis said he tries to grow people’s careers from within the company. He said the day starts around 5 a.m. in staggered shifts throughout the day, with the last people in being quality control. He said he’s considering another shift with plans of expanding in Hollister or Morgan Hill. He said he prefers to build in Hollister, but the traffic impact fees are extremely high.

He said he read a report commissioned by the city that projects the growth in the city over the next 10 years to be about 40,000 residents, yet only increasing the number of jobs by 8,000.

“I would think you would want to focus on creating jobs,” he said, adding, “I don’t understand the rationale. We’ve met with the mayor and some of the supervisors. I think they’re doing what they can do.”

Davis said that while talks continue, he has to do what’s best for the company and continues to look at other options, such as properties in Gilroy owned by Fox Racing, who wants to work with the company. He said he wants to move forward with the expansion immediately because it’s a year behind schedule.

“If it’s going to take us another year to go through the whole process of permitting before we can even break ground, we’re probably going to Morgan Hill,” he said. “The properties are already pre-existing, so you don’t have to pay impact fees.”

He said the planned facility will be even more sophisticated than the existing buildings to produce products that will “go deeper into the drug stream manufacturing, so quality stringency gets kicked up a few notches. We’ll be needing a couple M.D./ Ph.Ds. to help interface with the pharmaceutical industry. Those types of people will be even more difficult to find. That’s been a real problem for us.”

Teknova has been extremely successful, Davis said, because the large pharmaceutical companies that have labs of their own can’t produce the growth media very quickly, the quality control and documentation was not what the industry expects. He said that from the time Teknova receives the specifications from a company of the products they want, they can be out the door the same day. He said the company is one of Federal Express’s largest customers in the county with its number of daily shipments.

Growing the company to this point was difficult and slower than Davis wanted because good quality controls are expensive and the profit margins are low until an economy of scale can be reached.

“We’ve been in business for 20 years, but the first 15 were a struggle,” he said. “The last five have been a piece of cake, comparatively. But it’s very hard finding people, especially engineers. The average time to hire an engineer in the Bay Area is three months. We’re looking for mechanical engineers, automation engineers and electrical engineers.”

Meanwhile, he said the company’s CFO has met with the city council to discuss the possibility of deferring the impact fees over a 10-year period, rather than paying a lump sum at the beginning of the process.

Mayor Ignacio Velazquez told BenitoLink that Teknova is just the type of company the city wants to attract.

“We’re trying to help these local companies grow,” he said. “If they’re ready to move forward, all they have to do is submit a package to the planning department, which will go to the council for approval, and we can get them going. There are no obstacles from our side.” 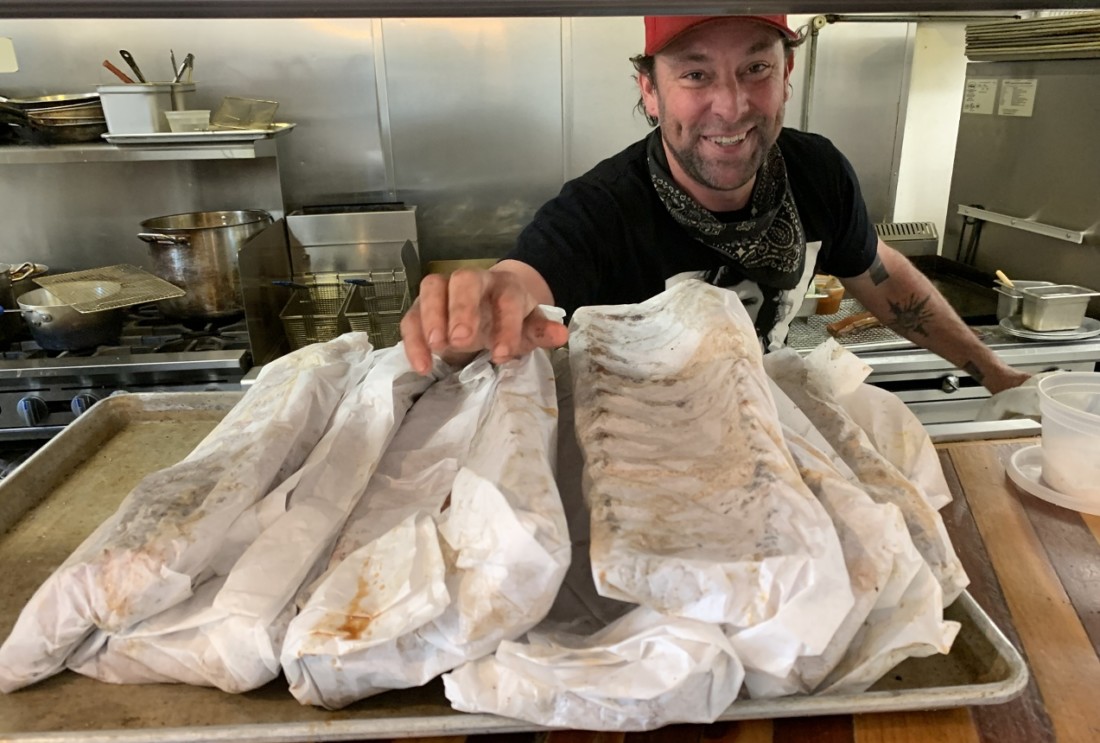 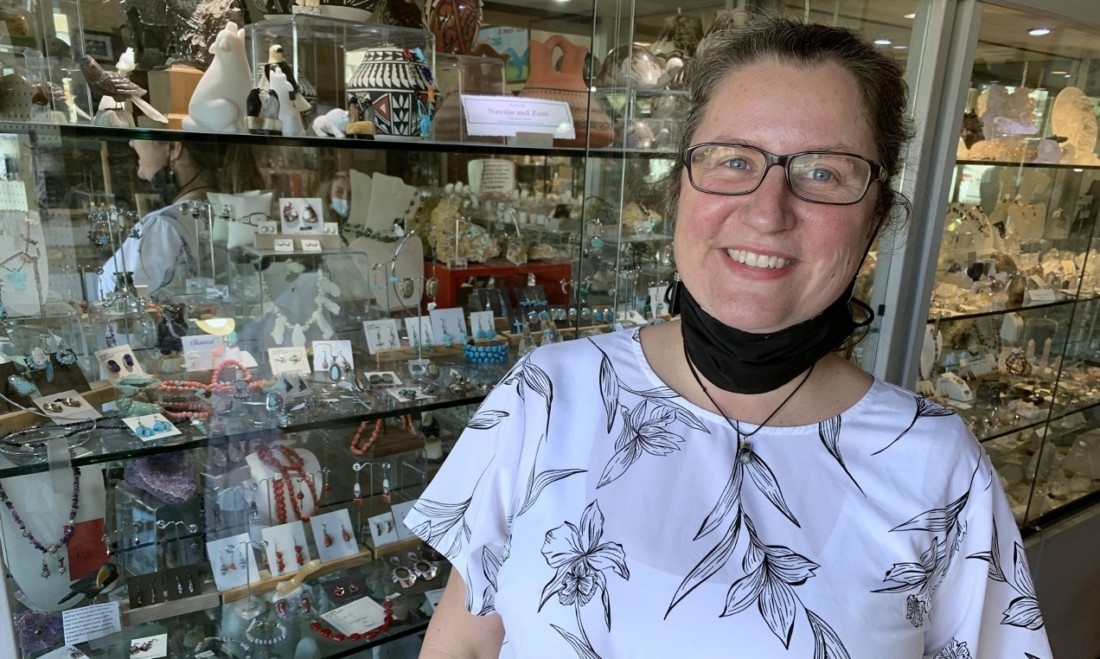