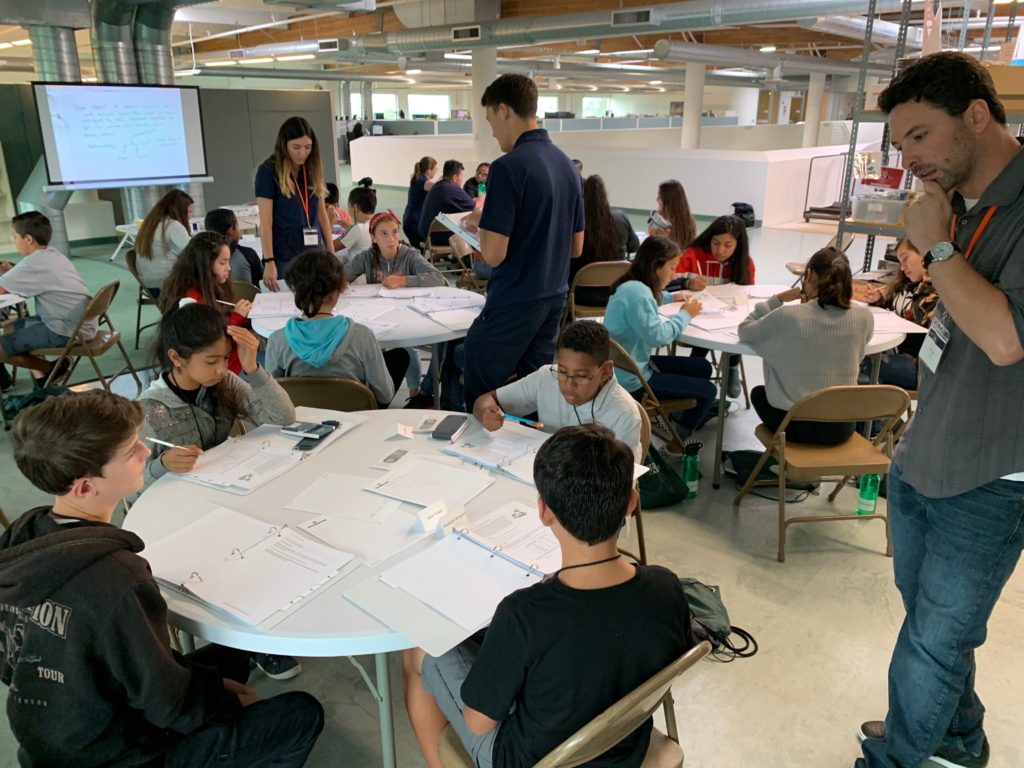 Christy Zepeda is the executive director of the Algebra Academy. Photo by Melissa Melton.
×

Woolpert founded the academy 10 years ago while he was president of Graniterock. He passed away in 2012, but his wife Rose Ann who sits on Graniterock’s Board of Directors and Graniterock Vice President Kevin Jeffery continued the program in his memory, transforming it into a nonprofit organization. The academy now works in partnership with both Graniterock and Driscoll’s, a berry company that operates in the Monterey Bay area and Mexico.

This year, 140 students participated in the program. Eighty-eight students took classes at Graniterock’s corporate office, while the other 52 studied at Driscoll’s headquarters, both located in Watsonville.

“Given that this is our 10th anniversary, it’s very fitting that this is the largest group we’ve ever had,” said Christy Zepeda, the academy’s executive director.

Acceptance into the program requires an application, teacher recommendation, and passing a placement exam. According to Zepeda, the academy is designed for students who are “high achieving, highly motivated, and have a common skill set.”

Jake Varnes, 13, a student at Rancho San Justo Middle School, took the bus from Rancho to Watsonville each day to participate in the program. Varnes said that considering he would be taking algebra next year, the academy would set him “on the right foot.”

“I’ve really enjoyed it,” he said. “I got to meet all my table members and have professors. It was cool to have them teach me.”

Fellow Rancho classmate Samantha Andrijeski, 13, was also accepted into the academy, and felt a newfound confidence after completing the program.

“Eighth grade was daunting to think about going into, but now I know a lot of the stuff we’re going to be taught, so I feel like it will be easier,” Andrijeski said. “I think my favorite part is meeting all these new people and doing teamwork exercises.”

Zepeda said she hoped that after graduating from the academy, students will have received a head start on eighth grade algebra, will be able to be “leaders” in the classroom, will delve deeper into the curriculum, and help other students.

“This is a neat opportunity for them to meet new friends they will most likely be going to high school with. It stretches them because they are at table groups with students from other schools,” said Zepeda. “We believe it is important for them to grow not just academically, but socially.”