District's human resources director has been serving as the interim superintendent. His new role will begin on July 1 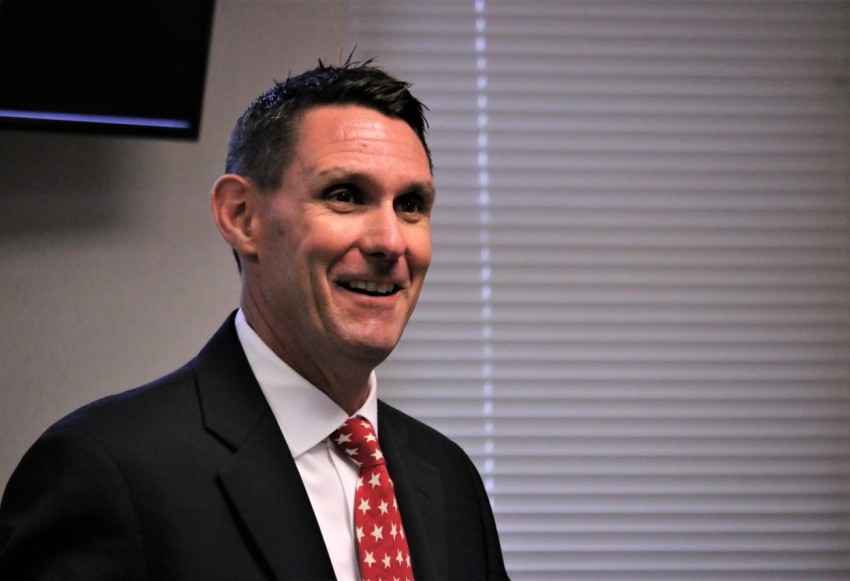 In a 4-1 vote, with Juan Robledo opposed, San Benito High School Board of Trustee members appointed human resources director and interim superintendent, Shawn Tennenbaum, as district superintendent at the May 30  board meeting.

Tennenbaum was one of four final candidates vying for the position. Board President Steve Delay told BenitoLink after the April 27 special meeting that the board would be moving forward with Tennenbaum and would start contract negotiations. He is set to start on July 1, 2017 and his term will end on June 30, 2020. The superintendent's annual salary is $178,500 and comes with a $300 a month stipend for transportation. That contract was approved by a unanimous vote of the board.

“I wanted to thank the board for their support and trust in myself with the ratification of the contract," Tennenbaum said during the interim superintendent's report to the board. "This has been a true team effort. I really appreciate it and I take the challenge whole-heartedly. We’ve got a lot of great work ahead of us. I’m truly excited about our direction."

Tennenbaum has been the HR director since 2008 and spent the previous five years in the SBHS special education department as a program specialist, resource specialist and compliance coordinator. Prior to that, he was a physical education teacher and head varsity football coach at Watsonville High School from 2000 to 2003. He also was part of the football coaching staff at SBHS when first hired.

The decision, which was discussed earlier that day in closed session, marks the end of the search for a superintendent after board members were forced to fill the position on an interim basis after the Dec. 13 resignation of former superintendent John Perales. News of Perales's resignation came the same day as reports of him appearing in court on gun charges in Santa Clara County stemming from an alleged incident outside of his Gilroy home. He has pleaded not guilty to those charges.

Perales was hired by the district in March 2014 after various teaching and administrative roles in the Gilroy Unified School District, including serving as the founding principal of Christopher High School.