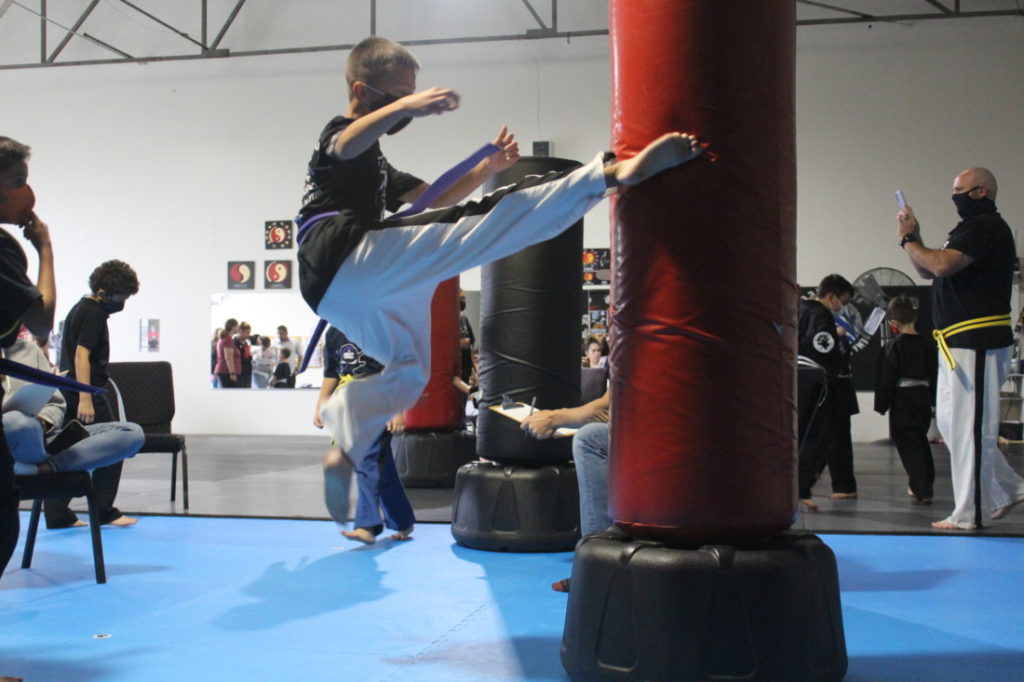 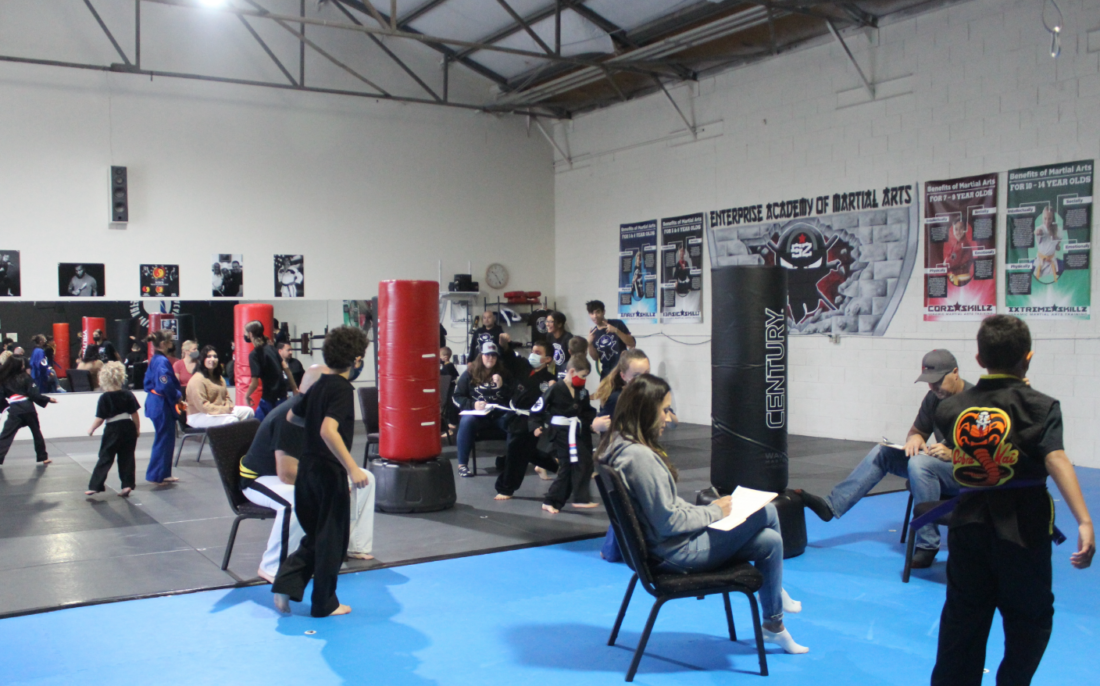 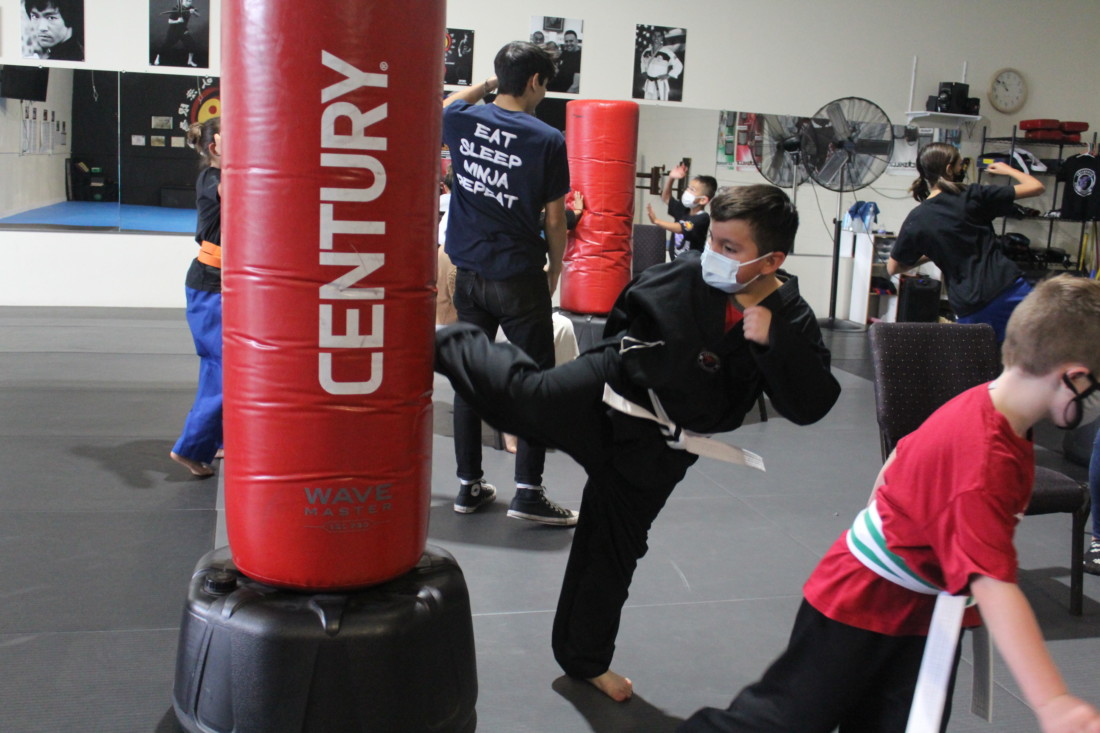 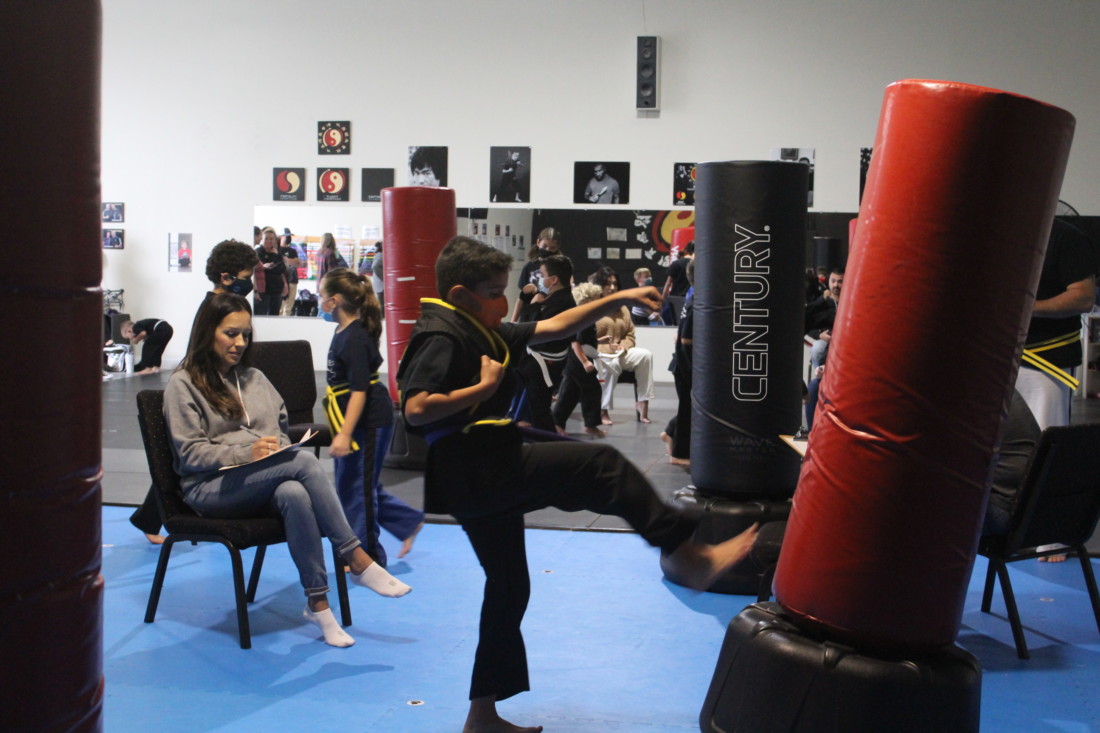 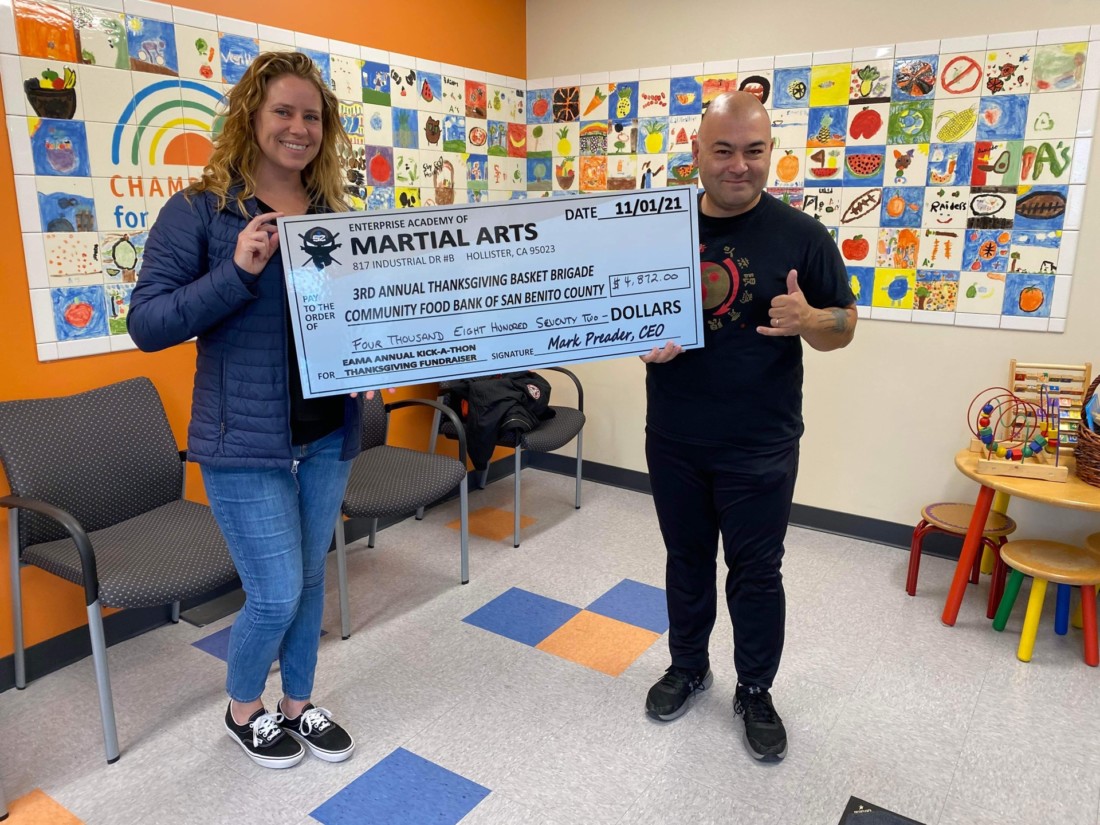 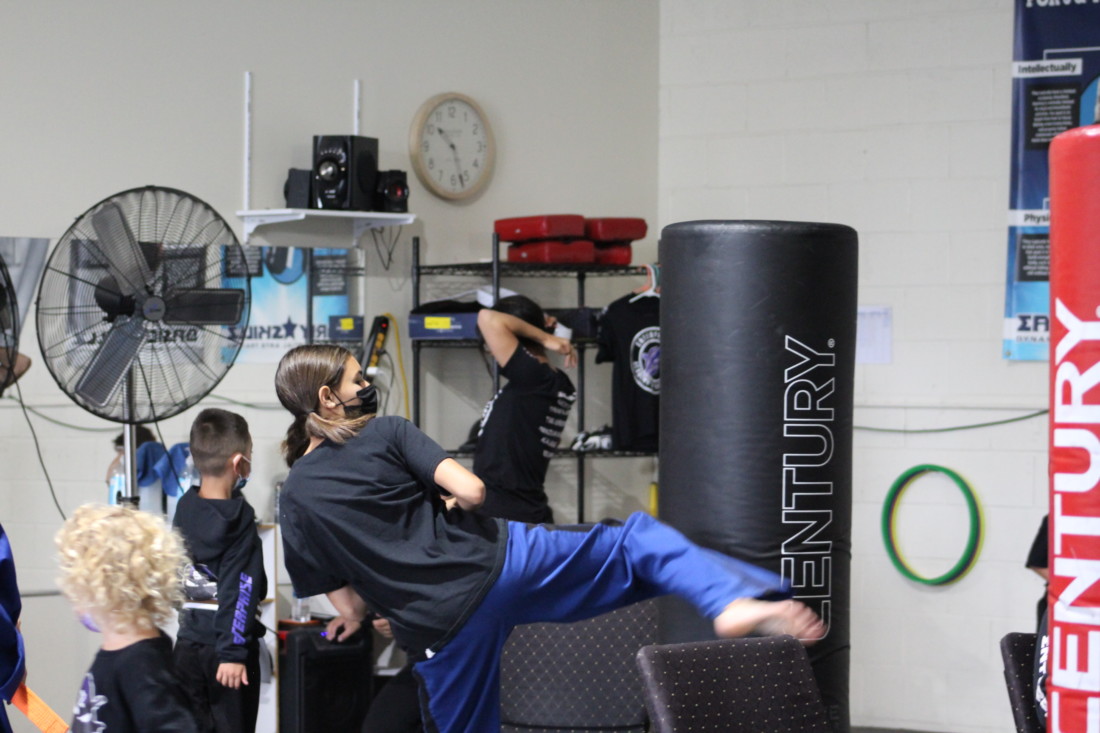 Mark Preader has taught all facets of martial arts since he began instructing in Hollister in 2006. While Preader, the founder of Enterprise Academy of Martial Arts, said that the physical skills of martial arts are important to learn, he also wants his students to understand that martial arts is “not just punching and kicking.”

“It’s taking your special power that you have and using it for good, and it’s being the best person that you can be,” he explained.

Preader offered a learning opportunity to his students on Oct. 30, when the academy held its kick-a-thon fundraiser, the Third Annual Thanksgiving Basket Brigade, to benefit the Community Food Bank of San Benito County. Beginning at 10 a.m., several stations with kicking pads were set up for students to kick while parents tallied the kicks.

All funds will go to the Community Food Bank to provide Thanksgiving meals for San Benito County families.

“The goal is to hit 540 kicks as a group, which takes roughly an hour and a half or so,” Preader explained. “The kids are kicking to help feed the needy, and every kick that they do is for their pledges or their donation. So they’re working for what they’re doing.”

About 20 students ranging from 4 to 12 years old participated in the event. Families and students who couldn’t attend, but still received donations, had already raised over $1,500.

“He was very excited [about the kick-a-thon],” she said. “We made a video to send to our family with him in his uniform, saying ‘Please sponsor me. My academy is raising money for needy families.’”

Nobile is particularly impressed with this type of fundraiser her son is being part of.

“They had to work for it, which I think is great,” she said. “They will then have seen the finished product and see the person who got to have the end product. I thought it was a really different idea of a fundraiser—giving back to the community.”

Community Food Bank Director of Outreach Sarah Nordwick, said the agency plans on giving out 1,500-2,000 turkeys to families in need this Thanksgiving.

“I don’t know if that will be enough for everybody, but hopefully with more donations coming in we can give out more,” she said.

“So things like this are super helpful for us,” she said of the kick-a-thon.

The last two Thanksgiving Basket Brigade fundraisers had Preader shopping on his own to fill each basket with a Thanksgiving meal for four that included turkey, stuffing, cranberry sauce and more.

“It just got to be extremely difficult to do that anymore because you’re trying to buy meals for 200 families,” he said.

This year, the academy teamed up with the Community Food Bank “to streamline things” for its annual fundraiser.

Nordwick said Community Food Bank has partners and networks to purchase food, which allows it to buy at a discount.

“Because of the bulk and the volume of food we buy, we are able to stretch that dollar a little further to be able to purchase more food,” Norwick said. “So the power of a dollar is pretty big. But we always appreciate the food donations, as well.”

She said that a day will be established where the students can distribute the food baskets to the customers directly. Previously it was done on Thanksgiving Day.

Preader said that a drive-thru service will be provided for families, and academy members will place baskets into each vehicle.

“For them to see that will be a really powerful thing.”