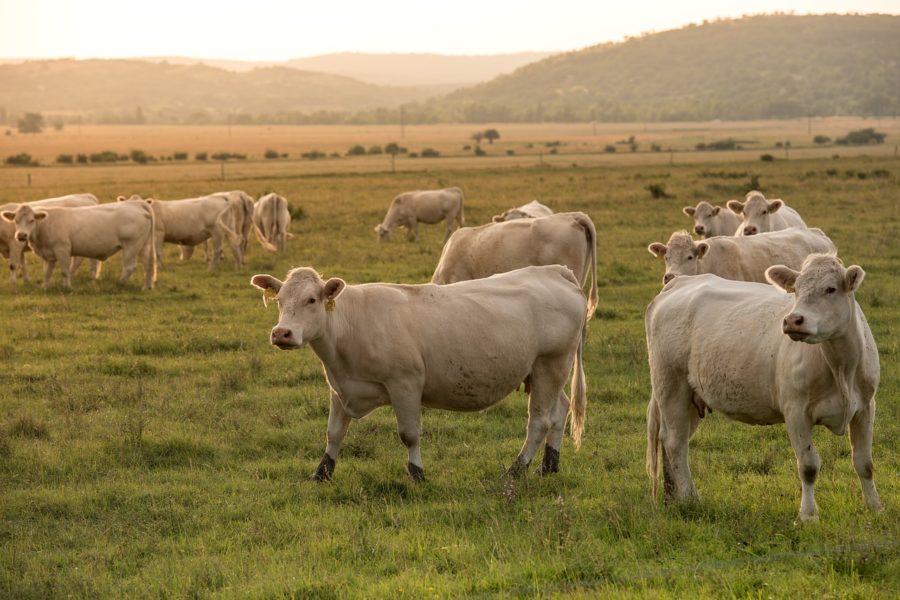 The widespread and severe wildfires in California during the past several years highlight the importance of understanding how land management practices such as cattle grazing affect wildfire risk. The California Cattle Council recently funded a UC Cooperative Extension project to evaluate how much fine fuel (grasses and other plants) are eaten by cattle on rangelands, and how this may affect wildfire behavior. These results have not yet been published, but preliminary results are presented here.

The study found that about 1.8 million beef cattle grazed California’s rangelands, which include grasslands, oak woodlands, and brushland or scrubland, in 2017. Beef cows were by far the most abundant beef cattle class, with 677,000 on range in the state. This was followed by steers, heifers, and bulls.

Beef cattle are found grazing in every county in California, except San Francisco, and they consumed 11.6 billion pounds of fuel in 2017. Our analysis which was based on county crop reports, Agricultural Census data, and UC Cooperative Extension data showed that cattle consumed vegetation across about 19.4 million acres of rangeland, primarily privately-owned. However, some grazing also occurs on federally-owned and other public lands too, especially in the mountain and desert regions of the state.

The amount of fuel consumed per acre varied greatly based on region (Figure 1). The average amount of fuel removed across grazed rangelands in the state was 596 pounds per acre. This number varied from 174 pounds per acre in the southeast interior region to 1020 pounds per acre in the San Joaquin-Sierra Region (Figure 2). Fine fuel reduction on any given ranch can differ greatly (either higher or lower) from the region-wide estimates in this study. Figures 3, 4, and 5 show examples of 500, 1,200, and 3,000 lbs./acre of grassland vegetation. 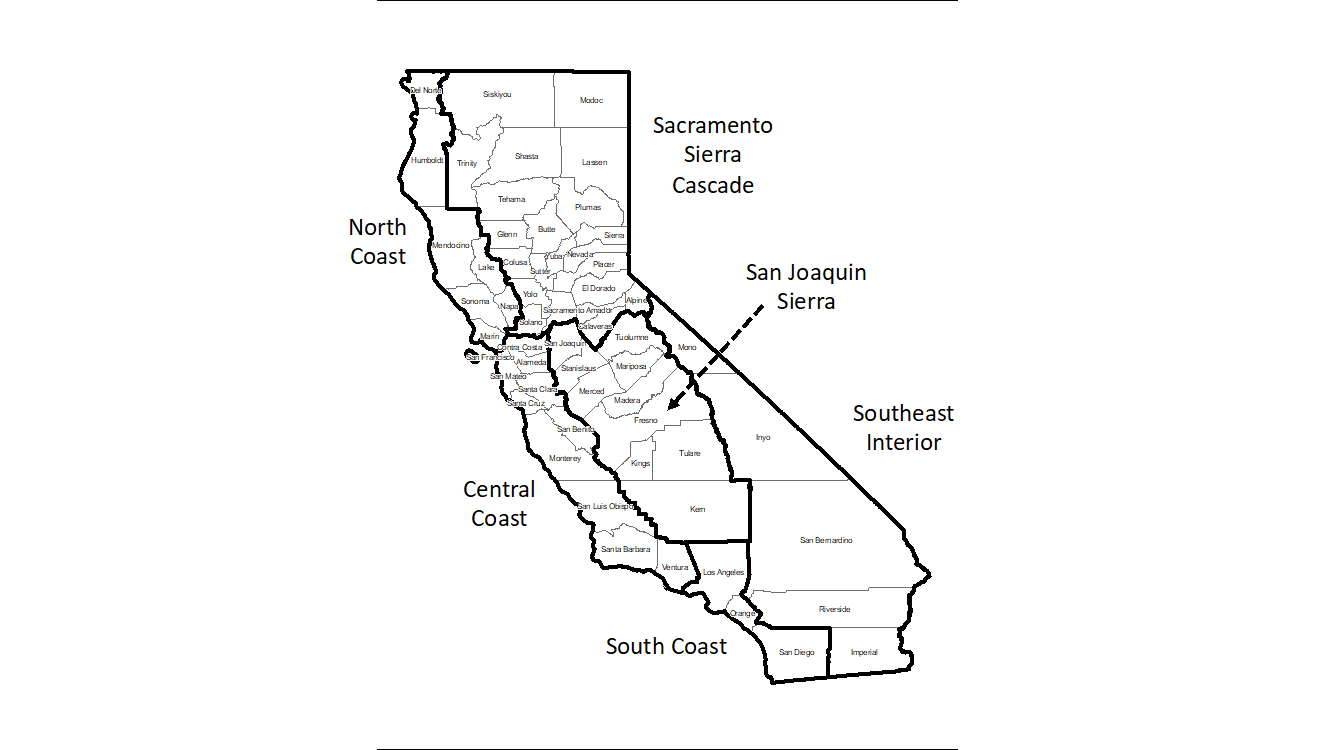 Figure 2. Pounds per acre of fuel reduction on grazed rangelands in each region, based on county crop reports 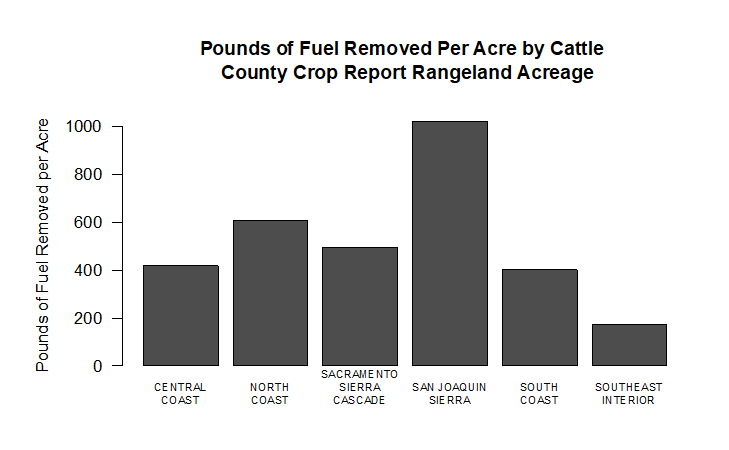 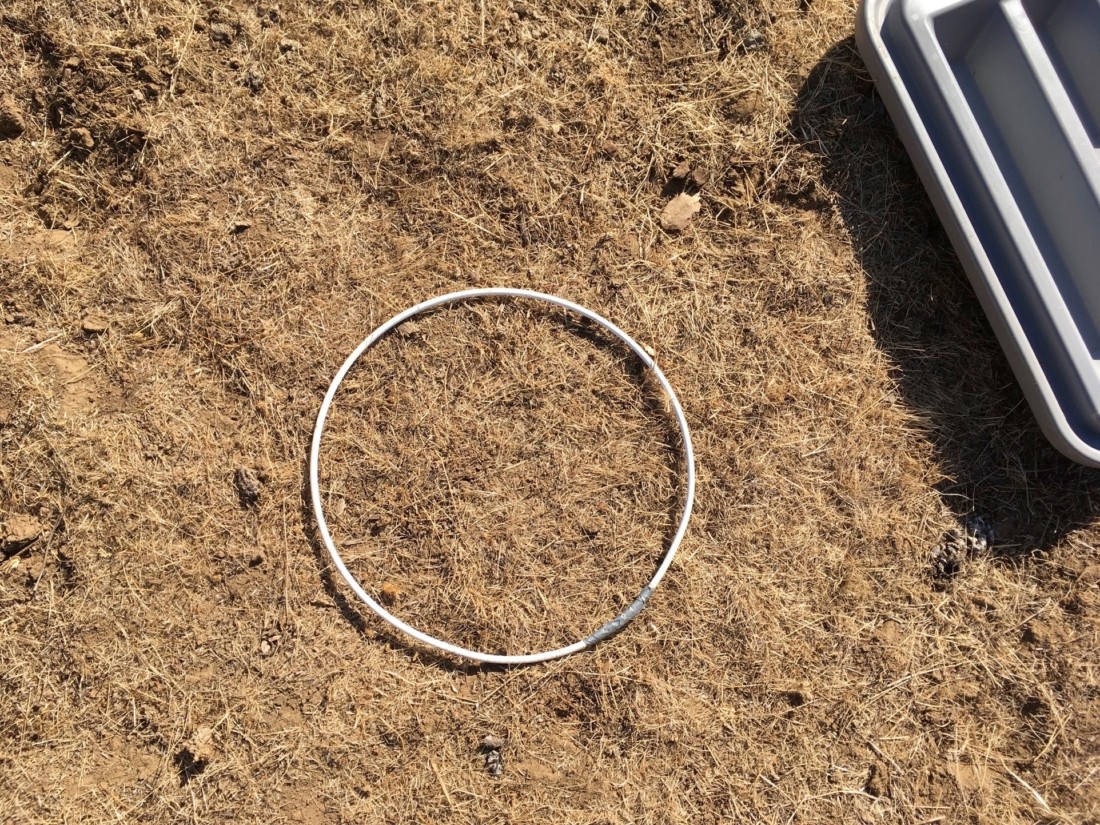 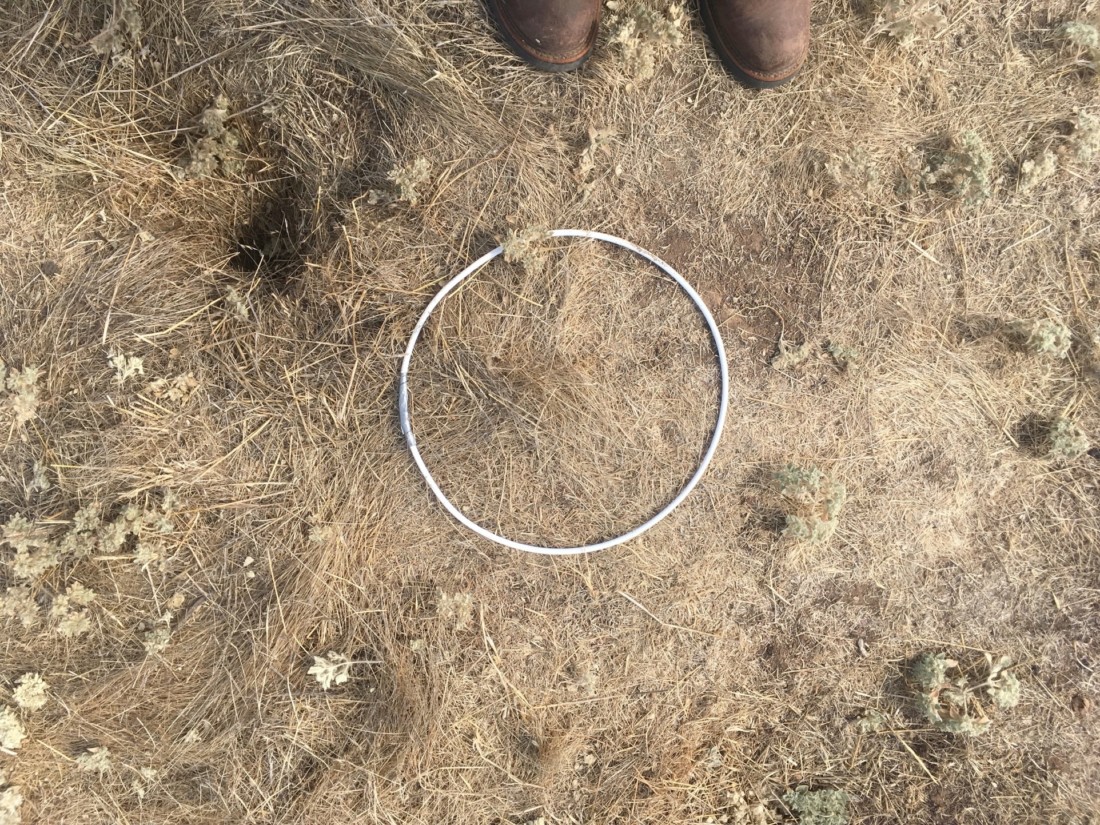 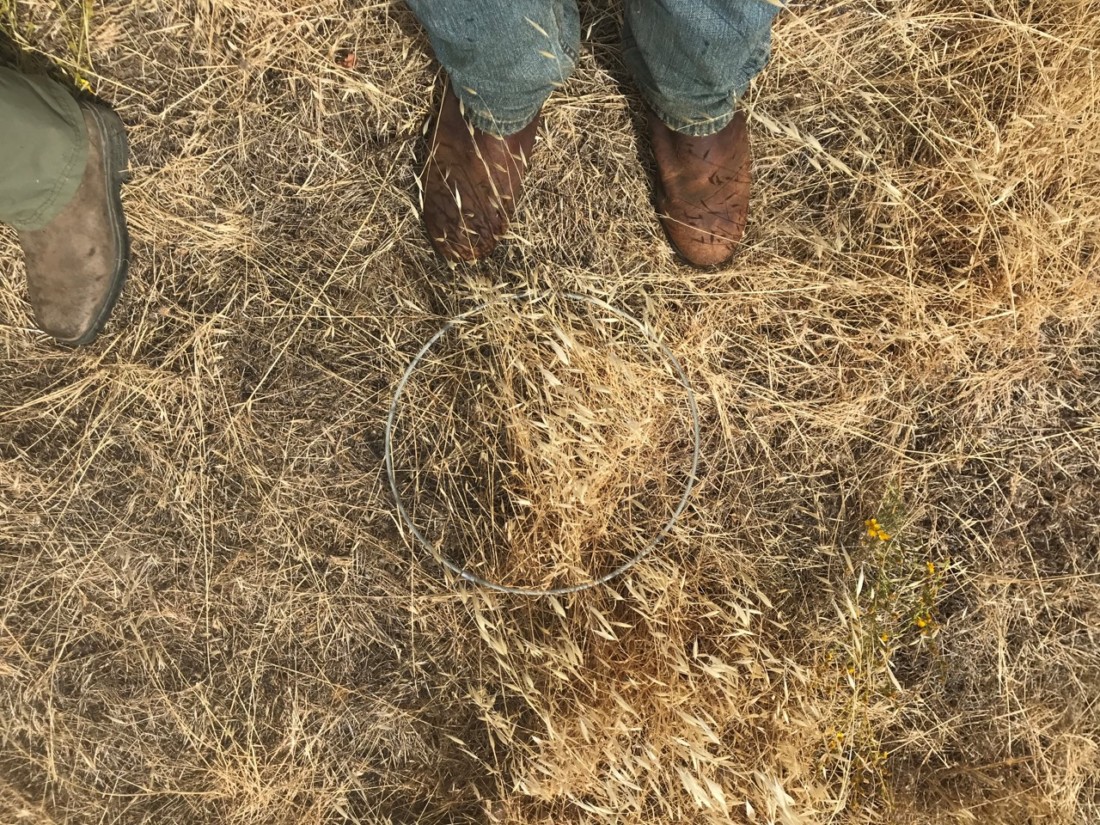 These fuel removal estimates are based on the best available data, but this data does not describe the complex details and variation of cattle grazing across the state. There is a need for more consistent and accurate accounting of cattle numbers and grazed acres across the state to better understand grazing’s impact on fire fuels.

These regional values of fuel removal are much lower than the amount of vegetation or forage that grows naturally in these regions in most years. Valley grasslands in the interior of the state generally produce 2,000 pounds of forage per acre or more in an average year. Coast range grassland sites in central and northern California generally produce more than 3,000 pounds of forage per acre. Coastal prairie sites can be highly productive, producing more than 4,500 pounds per acre on average in the central coast. The highest production years can see double the average production in any given region, and the lowest production years can be less than 25% of average production. The relatively low amounts of fuel removal reflect conservative stocking strategies, which are used by many ranchers across the state as a way to guard against drought and the unpredictable nature of forage production.

Maintaining flame lengths below four feet is often cited as a critical threshold that allows fire fighters to safely access an area from the ground without heavy equipment. Fire behavior models developed for this study suggest that maintaining fine fuels at or below 1,200-1,300 pounds per acre during spring and summer will keep flame lengths below four at wind speeds up to 40 mph. This number is affected by other factors however, and during very dry weather conditions, fine fuels may need to be kept at or below 800 pounds per acre to keep flame lengths below four feet. These numbers are useful for interpreting the impacts of reducing fuel levels, but they still need to be experimentally validated in California.

In addition to reducing fine fuels, cattle grazing can also reduce rangeland fuels by preventing or slowing encroachment of brush and trees onto grasslands. This is valuable from a fire safety perspective because brush can increase fire hazard and fire intensity.

Reducing fire hazard is not as simple as grazing rangelands to bare soil or even to low level of fuel. Rangeland managers need to balance different management goals. They aim to leave some forage on rangelands at the end of the grazing season (before the first fall rains) to protect soil from erosion, support future forage production, avoid growing some types of weeds, and often provide fall forage for their cattle. In some areas, it is important to leave more than 1,200-1,300 pounds of forage per acre to achieve these goals, so reducing fuel loads will have to be done carefully to avoid conflicts with other management targets.

Cattle grazing plays an important role in reducing fine fuels on grazed rangelands in California. Without grazing we would have hundreds to thousands of additional pounds/acre of fine fuels on the landscape, potentially leading to larger and more severe fires. The bulk of this fuel reduction occurs in regions of the state with higher forage production per acre. Therefore, while average fuel reduction rates are higher in these regions, residual fuels may not be low enough across all grazed rangelands (even in regions with high fuel reduction rates) to avoid long flame lengths. Fortunately, cattle do not generally consume forage uniformly at the field, ranch, or region scale. At many locations within grazed rangelands, there will likely be patches that are grazed low enough to significantly alter fire behavior, and patchy fuels can slow fire extent and rate of spread.

Widespread and severe wildfires are predicted to increase over time in California. This “new reality” requires that we take advantage of all the tools in our management toolbox to protect public safety while meeting our broader rangeland management objectives. Grazing all rangelands to ideal fuel levels is not logistically feasible or compatible with management goals. However, there are opportunities to improve fire safety in California by grazing rangelands that are not currently being grazed or even by increasing grazing intensity on very lightly grazed areas. The number of beef cows in California today are only about 57% of their peak numbers in the 1980s. This reduction is mirrored by declines in public lands grazing. Strategic implementation of cattle grazing, including potentially fee-for-service agreements, on key private and public lands can meet multiple natural resource objectives, while also lowering fire hazard through reducing fine fuels, reducing fuel continuity, and slowing or stopping brush encroachment into grasslands.

This research was funded by the California Cattle Council.