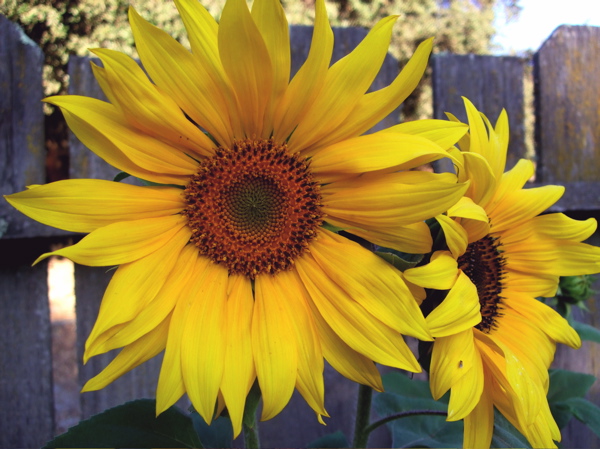 This is a reprint of my March column from the San Juan Star from March, 2011 after the shooting in Arizona . . .  Colorado . . . now Connecticut. We all know that someplace is next!

When I was a boy, I looked forward to my visits to my grandparents home in, then rural, Danville. They lived on a couple of  acres and they had created a small farm. They had trees with amazingly sweet plums and different kinds of grapevines, row crops, lots of squash and corn. My brother and I would wander the place, ever wary of the Banty rooster that would explode out of the bushes at us and make our ankles bleed. In the back, we’d climb the fence rails and watch Spring, the palomino gelding and Ginger, the bay mare, swishing their tails in the corral.

We were usually armed. My grandfather had an assortment of rifles in a closet in the back room and we would grab the .22 caliber rifle and the pellet gun, some boxes of bullets and pellets and be gone. I don’t know what my parents were doing, but for some reason we had free rein. Out in back beyond the corral, there was a trail going down to the creek, once you got across the creek and climbed up the other side, you could see nothing but plowed field for as far as you could see. I always figured that any bullets we fired out there had to fall to the ground before they could hit anything. I enjoyed those rifles, although I do remember that firing my grandfather’s deer rifles was not fun. They hurt! The “kick” from the recoil would leave my shoulder sore for quite a while.

My mother would resist us even having squirt guns at home, though she had little control over it. I think she thought it would make us violent people. We just liked to shoot. I enjoyed the power of pulling the trigger and having something happen. Freud could probably explain why. I never even considered addressing my problems with the rooster by pulling the trigger. It wasn’t about killing for me, it was about shooting.  I couldn’t imagine having to explain “doing in the rooster” to my grandfather. That would have gotten pretty hot.

When I lived in Big Sur, many years later, I found myself in a pattern of jumping from bed each night at the sound of the chickens squawking from being under attack. I had a shotgun that I would groggily grab on my way down the stairs. I would run out to the chicken coop and the attacker, a fox, would jump up the bank and run into the bushes and I would fire the shotgun behind him. It was more to encourage his exit than to try to kill him.

One night we were doing our dance, and when we got to the part where he jumps up the bank and runs into the bushes, instead, when he got to the top of the bank, he turned around and looked at me . . . and stayed there . . . I drew aim and fired! He tumbled down the bank and I knew he was going no further. He was still alive and in pain, so I got the hand gun and put him out of the misery that I had created.

I suddenly realized that I had no real intention to kill this fox. I had enjoyed our groggy dance. It was real. It had purpose. I did not appreciate the fox killing and mangling our chickens, but I was the one who brought these birds into the woods. Of course they would be attacked!

I had a different relationship with those chickens after that. I was not such an avid defender. As a reminder, I skinned the fox (it was a she), and wrote about the experience and put the poem and pelt on the wall of our living room. I learned something about the taking of life that night. I still enjoy shooting a gun, but have fewer illusions about killing.

I write this because there was a shooting in Arizona. There were very probably shootings elsewhere in the country. It is no surprise. We shoot! And we shoot one another. That is part of who we are as a nation. We have access to the weapons to accomplish this and fight bitterly about our right to do so.

Guns have been used to accomplish our political aims from the beginnings of our nation. During our civil war we used them to kill masses of brave, worthy people.  It was a gun in the hand of John Wilkes Booth that took the life of Abraham Lincoln. Presidents William McKinley and James Garfield were each killed by a gun.

Our guns have been praised and thanked as we used them in support of our friends against their enemies.

When I was nine, Eisenhower, the departing President, who had been one of the Generals of the guns, warned us that there was a power in our country that encouraged the use of guns as the favored tool of response. He told us that there existed a partnership of guns and business and government and  that we needed to pay attention to this alliance as a danger to our democracy. I was too young to understand what he meant.

The proponents of the interests of this group undertook to protect their own interests as the interests of the nation. And so, when they saw a young president working against what they saw as these interests, they shot him as a traitor. When a young black minister began calling attention to the economic inequalities of a country sending men to die for rights they did not have, they shot him. When a young senator, who had declared his own heretical beliefs, was on the verge of becoming president, they shot him, when a former black nationalist who had shown his powerful ability to capture the public attention was turning toward the brotherhood of mankind, bullets were used to silence him.

The bullet has been an effective tool. It has been demonstrated over and over that murder is a response that yields powerful results.

We are sold the story of guns, but not the truth about guns.

That’s this blind man’s view of the elephant. Which part are you feeling?