On Sept. 10, The Western Stage in Salinas will debut its rendition of Luis Valdez's play, "Bandido!: The American Melodrama of Tiburcio Vásquez, Notorious California Bandit.” The production runs through Oct. 1
×

In 1875, 40-year-old Tiburcio Vásquez was tried for murder in a San Jose courtroom, found guilty, and later executed. As his lifeless body swayed from the gallows, a chapter of 19th Century California history came to a close. But questions about his legacy surfaced long before he was laid to rest in the Mission Santa Clara Cemetery. For some, Vasquez’s life and exploits epitomized self-aggrandizement and criminality. Others argued that in his quest for dignity and freedom Vásquez became a victim. The debate continues today, unfolding in books, at school board meetings, and soon on a Central Coast theater stage.

Beginning on Sept. 10 and running through Oct. 1, The Western Stage (TWS) in Salinas will perform its rendition of, “Bandido!: The American Melodrama of Tiburcio Vásquez, Notorious California Bandit.” Written by El Teatro Campesino founder and San Juan Bautista resident, Luis Valdez, the musical play “is a stunning biography, a thumping melodrama, and an epic political satire all rolled into one, exploring the turbulent and controversial life of Tiburcio Vásquez,” according to a press release.

Tiburcio Vásquez was born in Monterey in 1835. As a boy, he often accompanied his father to San Juan Bautista to sell vegetables grown in the family’s garden. The younger Vasquez’s coming of age occurred during a turbulent time, as control over California shifted from Mexico City to Washington, D.C.

The Gold Rush only exacerbated the transition for Vásquez and other Californios—the name given to individuals of Spanish descent who inhabited the state during the Mexican Period.

American occupation usurped the political, economic, and social structures of Vásquez’s childhood. Once a majority, Californios were now outnumbered. Their expansive landholdings—the symbol of their unquestioned power and influence—were dramatically reduced. The Stars and Stripes fluttering over the Monterey Bay signaled that the Americans were here to stay.

Some Californios took the change in stride, assimilating and adapting to their new country. Others sought familiarity and fled to Mexico. A few, like Vásquez, ran afoul of the law, refusing to either integrate or leave. Instead, they chose to become bandidos (bandits), a calling that involved stealing livestock, holding-up stage coaches, and, if necessary, murder.

After a stint in San Quentin Prison, Vásquez moved to San Juan in the 1860s with his mother, who owned a local business.

In an interview with BenitoLink in July, the playwright Valdez explained that Vásquez tried to make an honest living as a vaquero (cowboy), but his efforts were short lived, for his past doomed any hopes of a bright future.

“The law wouldn’t leave him alone. He was already a marked man,” Valdez said, adding, that Vásquez, who felt he was out of options, “returned to the life.”

An armed robbery that turned deadly would be his undoing.

In 1875, Vásquez and a handful of accomplices held up a store in Paicines (then called Tres Pinos). Three individuals were shot and killed. A statewide manhunt ensued and Vasquez was later apprehended in Southern California and brought to San Jose, where he stood trial for the so-called Tres Pinos Tragedy. The court charged that he killed two of the victims.

Valdez, who culled the stacks at the Bancroft and San Juan libraries, contends that Vásquez never pulled the trigger.

The jury thought otherwise, sealing the bandit’s fate. He was hanged in March of 1875.

Valdez explained that the bandido character first appeared in an acto—a short, skit play that became a hallmark of El Teatro during the 1965 grape strike led by Cesar Chavez—performed during the theater group’s first European tour in 1969.

When Valdez relocated his family and theater company from the Central Valley to San Juan in 1971, the character began to be fleshed out, as the playwright drew inspiration from the surroundings that Vásquez once roamed.

“When I wrote the play, I tried to imagine him [Vasquez] in San Juan and do justice to him,” he said.

Valdez also hoped to recapture the magic that had spurred “Zoot Suit” from the stage to silver screen.

“I wanted to replicate a big hit to get El Teatro on its footing,” he said.

“Bandido!” premiered at ETC’s playhouse in 1981. The play has been performed several times since, appearing on renowned theater stages and at a high school auditorium, before returning to San Juan in the mid 1990s. But it has never garnered the same, positive recognition that Valdez’s other works have.

Valdez stated that casting issues and poor reviews have plagued “Bandido!,” stating, “this play has always given me troubles.”

He also admitted that the production’s “very controversial and very confrontational” subject matter probably has not helped.

A decision by the Alisal Union School District in Salinas earlier this year underscores Valdez’s point.

In 2012, the district named its new campus, Tiburcio Vásquez Elementary School. A heated debated ensued. Proponents argued that Vásquez was a selfless individual who aided the poor, while opponents decried his violent, criminal past.

Last January, district officials, under the recommendation by a parent- and community-led committee, renamed the school, Monte Bella Elementary.

Despite the play’s troubled history, Valdez said he is looking forward to The Western Stage’s production of “Bandido!,” which includes five, current ETC’s members, four of whom are performing in the play and one of whom is co-directing it.

Ortiz, who joined ETC three years ago, bears a striking resemblance to his character, something that was not lost on long-time ETC member and co-director of “Bandido!,” César Flores, who cast Ortiz in the lead.

Ortiz, whose passion for theater was nurtured at a performing arts high school in San Antonio, Texas and later refined at Southern Methodist University in Dallas, explained in an interview with BenitoLink that his connection to Vásquez runs more than skin deep.

“I connect with him [Vásquez] on several levels. He was bilingual, he was educated and well-read, he faced racism, and had run-ins with the law,” Ortiz said, adding, “His spirit resonates with me.”

When Ortiz discovered that he had earned the starring role, he approached Valdez and promised to do his absolute best in portraying Vásquez. Valdez responded by giving Ortiz a book written by a reporter who had interviewed the bandit during his final days.

The weathered work became a “bible of sorts” for Ortiz, who explained that he learned a lot about California and local history in preparing for his part.

Ortiz’s diligence has apparently paid off, as Flores said in an interview with BentioLink that the 20-something-year-old actor metamorphoses into Vásquez on stage.

This year marks Flores’ 13th season with The Western Stage, and it is the second time he is sharing directorial duties. The San Juan resident said his first opportunity occurred during last season’s production of “Corridos! Tales of Passion and Revolution,” which is another of Valdez’s creations.

Flores, who is also an artist-in-residence with The Western Stage, explained that what distinguishes this rendition of “Bandido!” from previous ones is the venue’s large seating capacity, the play’s oversized sets, and a conscious effort by the stage company to attract a diverse audience.

He counts “getting the cast to think as one unit” as the most challenging obstacle he has faced so far, while stating that the most enjoyable part of the process has been watching the “actors be aware and living the scenes.”

The play’s creator, Valdez, its co-director, Flores, and its lead, Ortiz, all hope that their work sparks a conversation about the nuances of our past and conveys to their audience that Vásquez’s perspective deserves to be understood, too.

Luis Valdez will be in attendance at the Sun., Sept. 25 performance and will answer audience question afterwards. 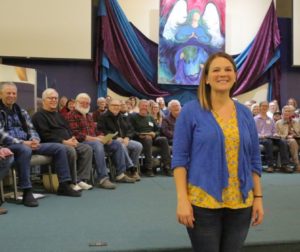 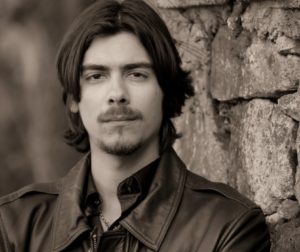