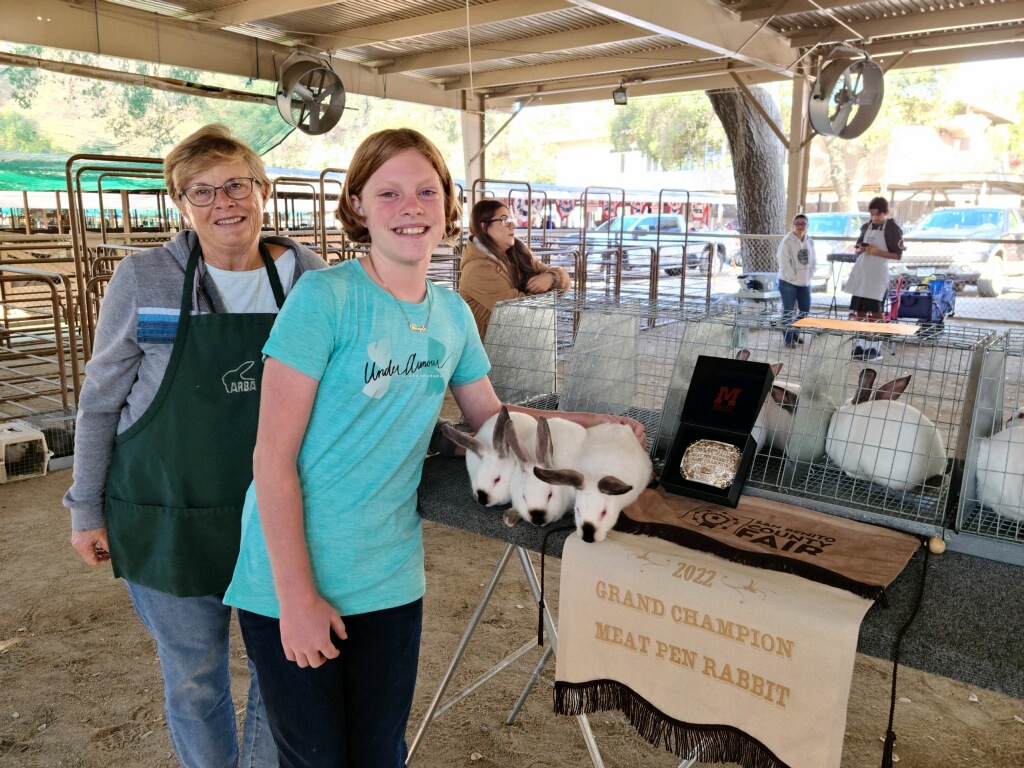 Taylor Evans with her rabbits. Photo by Katie Evans. 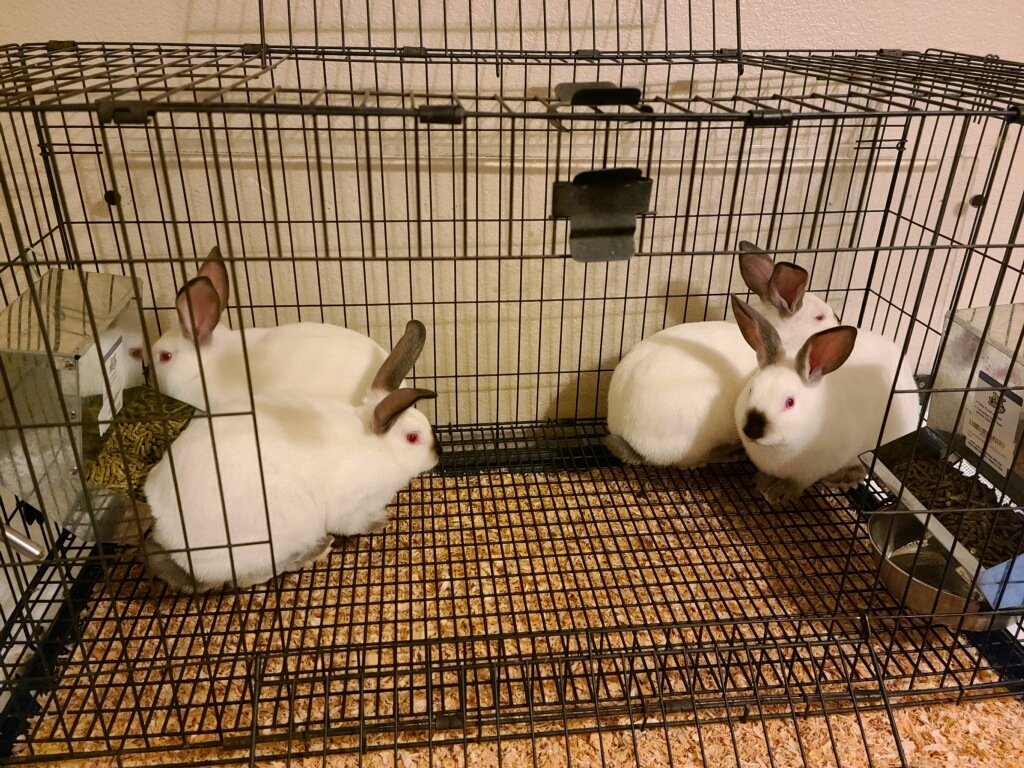 Though the San Benito County Fair does not open to the general public until Sept. 30, the judging for the fair has begun, and already two first-time entries have won the top honors: Taylor Evans, 12, who was crowned Grand Champion for her rabbits, and Westley Stewart, 17, who won in the Future Farmers of America Advanced Horse Showmanship category.

Evans joined the Hollister FFA too late last year to be able to enter any animals for the competition, but she already had some experience around the farm.

“My family has raised cattle and horses, and I had a hamster before,” Evans said. “I love raising animals, but my parents would not let me get anything bigger than a rabbit this year.”

Evans began raising the rabbits in August, and the recent heatwave proved to be a problem, endangering her rabbits and forcing her to adapt.

“When I was raising them, it was 115 degrees outside,” she said. “They can’t be above 80 degrees, or they will die. There were people in the competition who had to drop out because their rabbits were not gaining weight due to the heat. So I kept mine inside, on my dresser in my bedroom.”

Evans said keeping the rabbits out of the heat kept them alive and helped them to develop better.

“On mine, their backs were filled out more,” she said. “The judges told me that my rabbits had wider loins than the other rabbits that were entered. So I think taking care of them like that is what made me win. And I learned it takes work to raise animals in a way that will produce a lot of meat.”

The grand champion rabbits earned her several commendations on Sept. 25, including a banner, ribbons and a belt buckle donated by Hollister FFA Ag Boosters secretary Christy Stacy. The experience has made Evans want to do it again next year.

“It was fun having my own animals to raise,” she said. “I did not think of this as a way to make money, but to learn new skills and learn how to be a farmer. You can take classes that will teach you about it, but I think you need to actually do it and get the experience before you really understand it.”

Campbell resident Stewart had raised animals for competitions before, starting with 4-H when he was nine, but this year decided to try showing horses for the first time.

“I have been interested in livestock since I was about seven years old,” he said. “I started showing chickens and worked my way up to larger animals like market hogs, sheep and goats, showing them at various county fairs. I have never shown a horse before and just decided to do it.”

The fair’s entry office clerk, Liz Westrick, was impressed by Stewart’s willingness to ask for advice.

“He called regarding his entry,” she said. “He asked me if I was a horse person, and when I told him I was, he asked for some pointers. I told him to make sure his horse was clean and brushed out, keep his eye on the judge, and a few other things. And I am really pleased he won.”

The change from raising smaller animals to working with a horse was initially a challenge for Stewart, who said that it was just a matter of putting the work in.

“I decided to lease a friend’s horse, Valentine, and then started going to shows to see what it was all about,” he said. “I had to learn horse safety, obviously. And I practiced with the horse weekly. I have ridden horses here and there, but riding them is much different than showing them.”

Looking to learn more than anything else, Stewart says he was shocked when he won.

“My whole crew was ecstatic,” he said, “But I also got a lot of support from everyone at the fair, and it was all very friendly and laid back. It was a great experience. It really is just an old-time country fair.