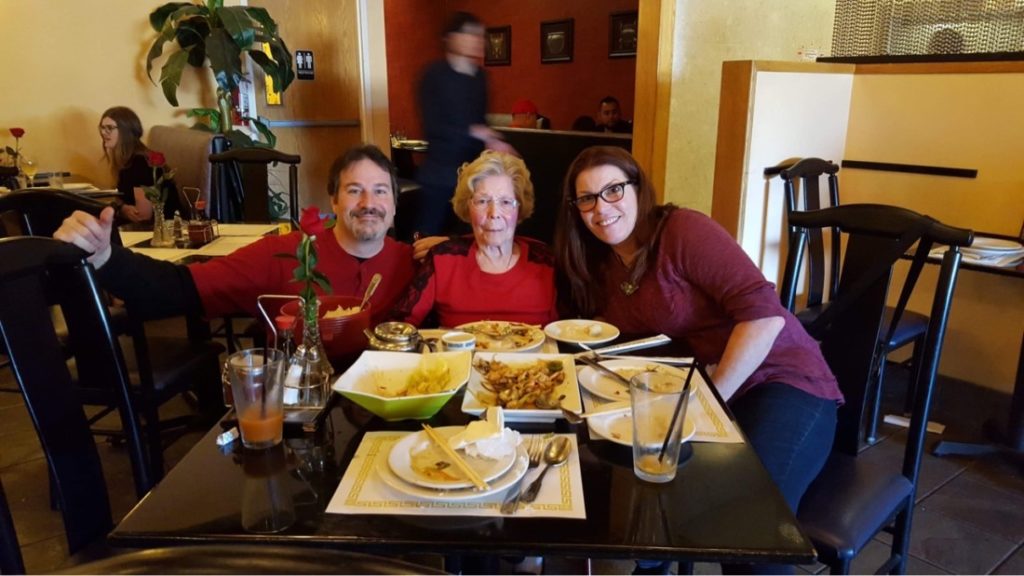 “He would play basketball and football with our boys,” she said. “And sometimes he would stop and hand them back the ball like he had forgotten what to do with it. He would get frustrated and walk back inside.”

Morales was no stranger to the games—he had coached youth sports for years. But his abilities to think, remember and react had been compromised by the earliest stage of Alzheimer’s disease, the seventh leading cause of death in the U.S. and the main cause of dementia in seniors.

“With someone in the early stage of Alzheimer’s, you will notice changes in cognitive function,” said neurologist Dr. Peter Heublein. “Loss of memory, particularly short-term memory, is the most common symptom. There is also loss of language function, like understanding words and reading, and loss of executive function, which is a difficulty in carrying out complex tasks.”

A study by the Mayo Clinic indicates that around 5.8 million seniors are affected by the disease, which leads to the brain shrinking as its connections degenerate and cells begin to die. Alzheimer’s disease has three distinct stages—mild, moderate and severe—and may last up to 20 years before death.

Changes in behavior brought on by Alzheimer’s may be difficult to notice at first, as was the case with Sally Hail’s mother, Doris Teeple, 88, of Lompoc, who was seemingly very independent. One visit by Teeple to her daughter’s Hollister home was particularly concerning.

“I noticed she was beginning to be forgetful,” Hail said. “But then there were some really big red flags and it really started to show. One was when she left her prescription bottles behind after a visit. She didn’t realize it, so I knew she was forgetting to take her pills at home.”

Hail was right. At one point before she intervened and began monitoring her medications, her mother’s blood pressure was 270/150, which is considerably over the 120/80 level considered normal and far beyond the 180/120 level that the Mayo Clinic considers to be a hypertensive crisis that requires immediate hospitalization. The same forgetfulness may lead a senior to forget to eat or drink, weakening their systems through malnutrition and dehydration.

Though Teeple was just beginning to show signs of the disease, she most likely had been suffering from it for years. Preclinical Alzheimer’s, which is the buildup of plaque deposits of a protein called amyloid-beta in the brain, can begin a decade before symptoms appear.

While the causes behind the disease are unknown, simply being over 65 is a leading risk factor, with genetics, high blood pressure, diabetes and heart disease also playing a role. Heublein said that maintaining a healthy lifestyle can help people who may be developing the disease or are genetically disposed to it.

“Aerobic exercise is recommended, like brisk walking or riding a bike,” he said. “Dietary changes, such as the Mediterranean diet, are good. You can also increase mental stimulation, like learning new information or getting a new hobby, as well as staying engaged socially, like joining a club or going to church.”

Unfortunately, there is no cure for Alzheimer’s, but some drugs, like Aricept, are prescribed to help treat the symptoms at the early stage and are effective for a short time.

“These medications have nothing to do with the course of the disease,” Heublein said. “It will progress, no matter what. Aricept might make memory loss a little better for a while and improve someone’s behavior and speech. But it does not stop the disease.”

According to the Alzheimer’s Association, a new drug that is being tested called Aduhelm, seems to slow the progression of the disease at its earliest stages, by removing plaque buildup in the brain. Aduhelm, however, does not restore lost memory or brain function.

As the disease progresses, there is a decline in motor skills and depth perception that can lead to unsteadiness or cause problems while driving.

For Hail, witnessing her mother lose her balance and fall was a turning point in her understanding of how far the disease had progressed, signaling the need to provide Teeple with better care.

“She wanted to close the curtains in the front room,” Hail said. “It was a sunken room with one step down. She lost her balance and fell—I could hear her hip break when she hit the floor. That’s when I took charge. I told my mother, ‘you are done living by yourself.’ But I didn’t know how bad her condition had been up to that point—this was all new to me.”

Teeple had crossed from early- to middle-stage Alzheimer’s and Hail took on the responsibility of her daily care, joining the ranks of an estimated 80% of dementia patients who receive care in their homes from family members or friends.

The second part of this story will discuss the complications of middle-stage Alzheimer’s; educational programs and resources available on subjects ranging from early signs of dementia to more advanced home caregiving approaches for those taking care of an Alzheimer’s patient; and legal issues such as assigning power of attorney and helping to record the wishes of the Alzheimer’s patient before dementia makes them legally unable to decide matters for themselves. 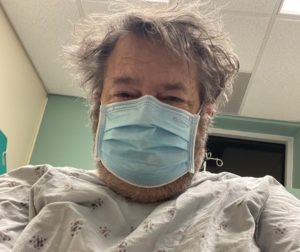 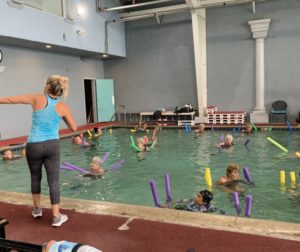 Over 90 and still splashing 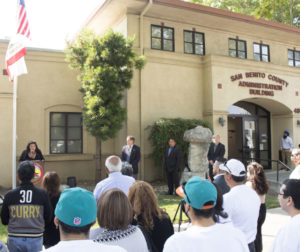