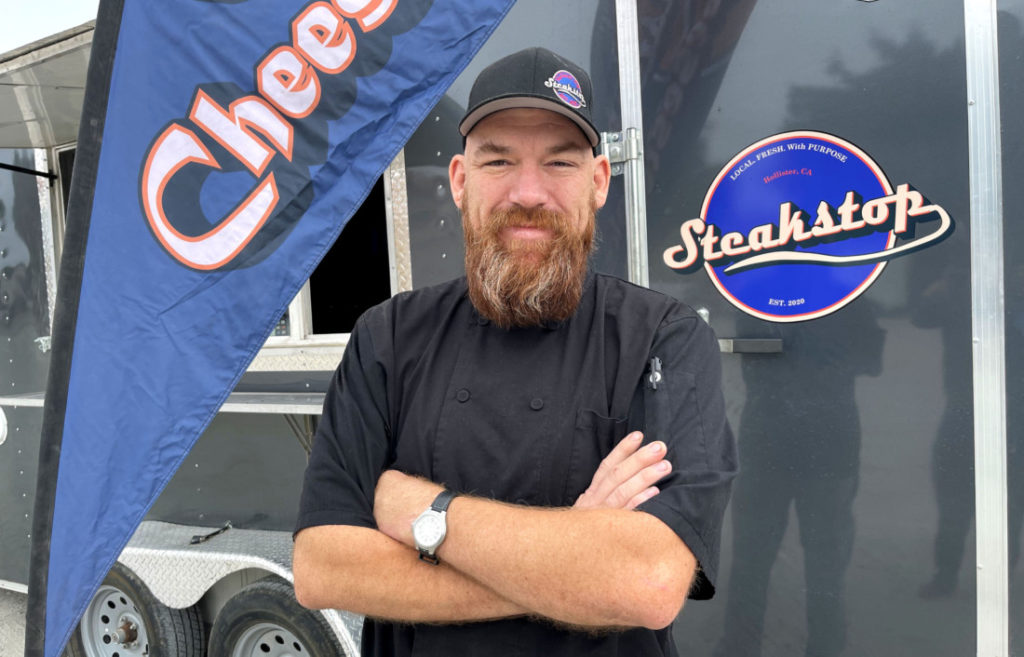 Joseph Elmhorst and his food truck. Photo by Robert Eliason. 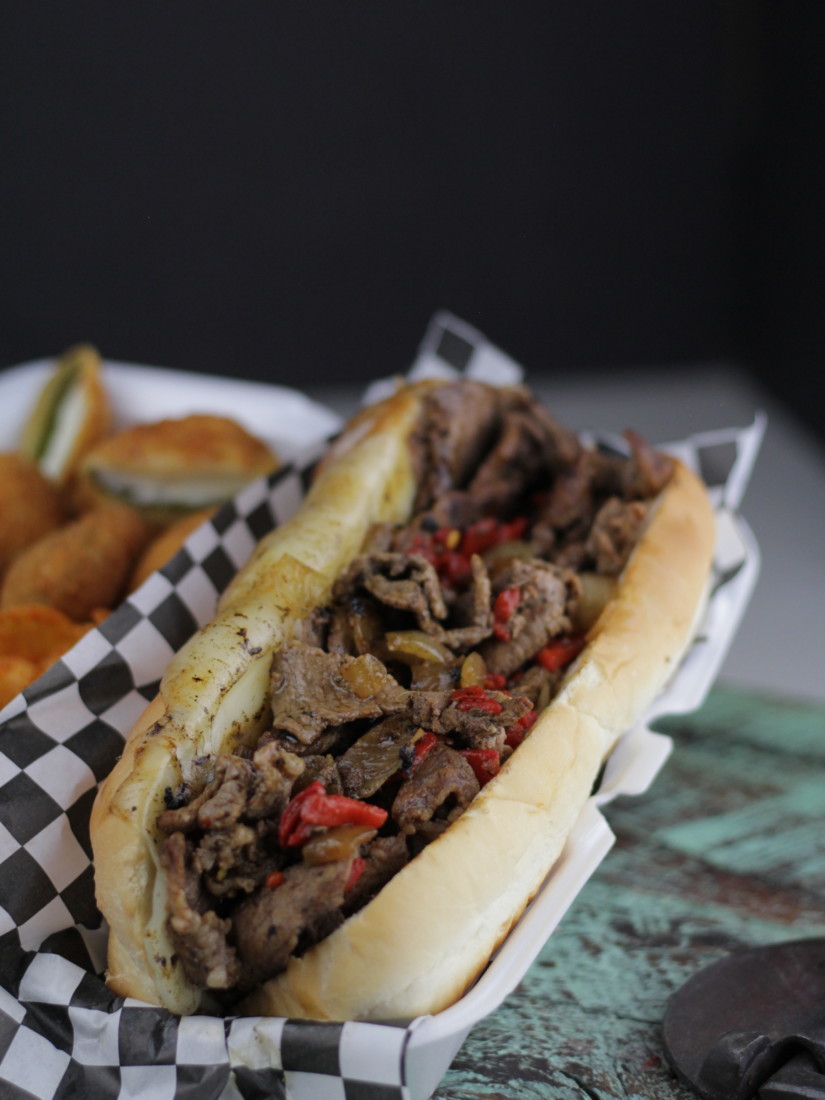 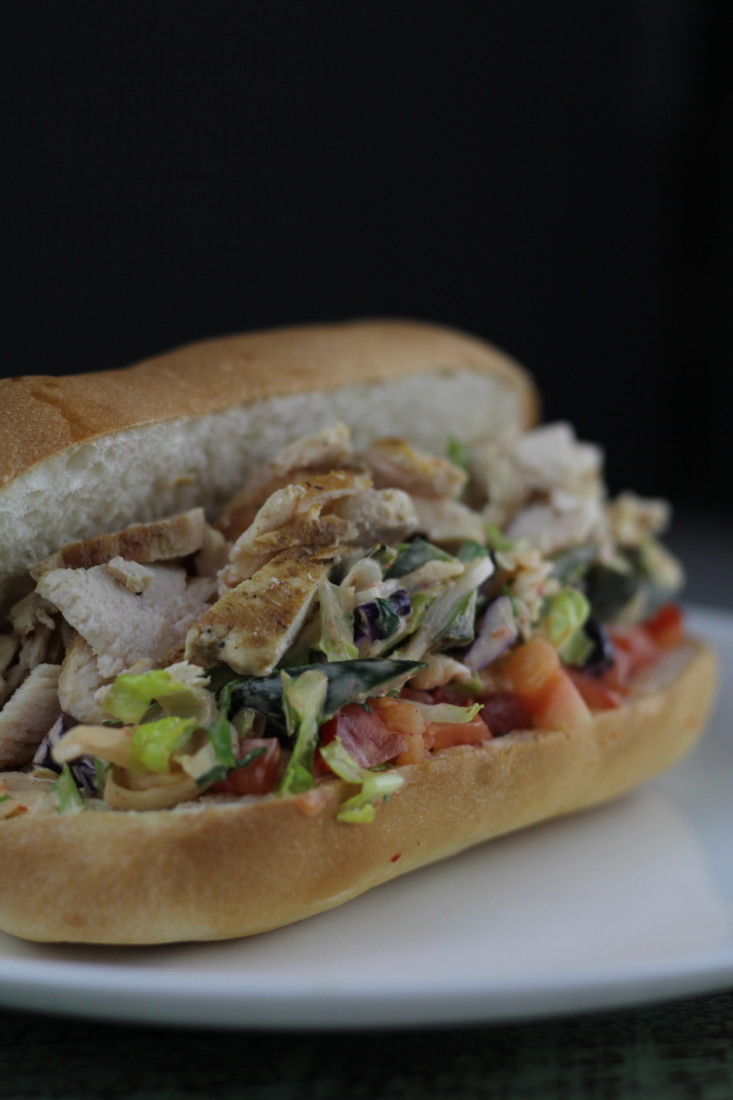 Permitted locations for food trucks. Courtesy of the city of Hollister. 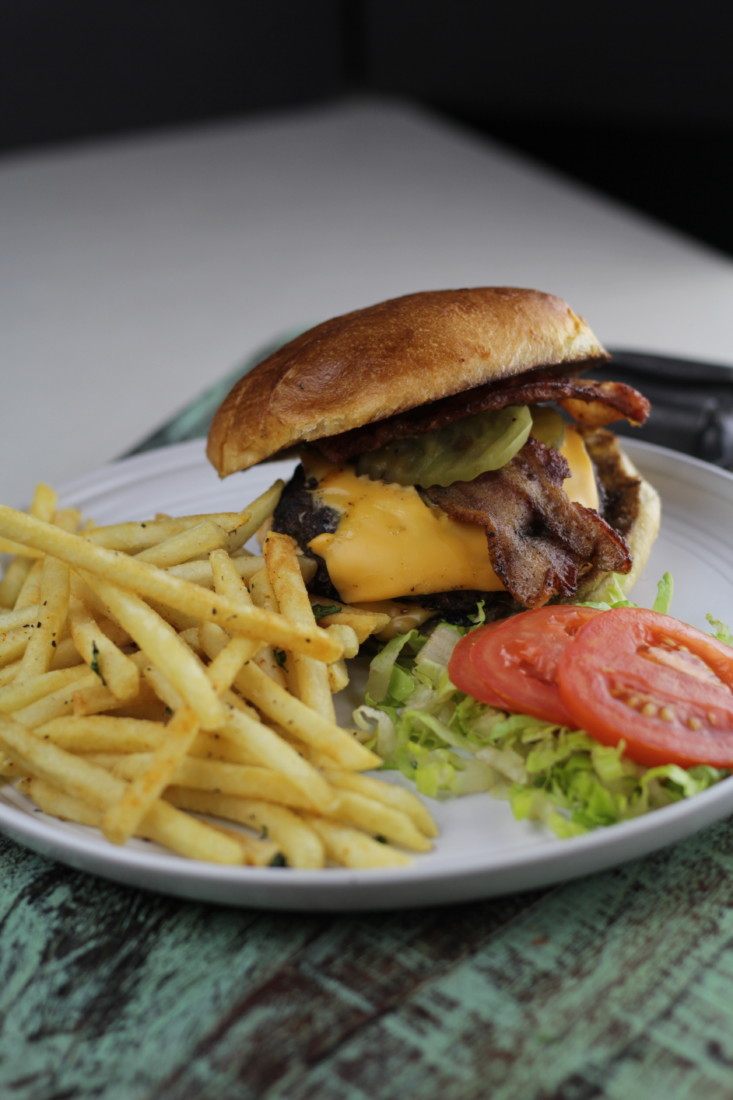 Hamburger and Fries. Courtesy of The Steak Stop. 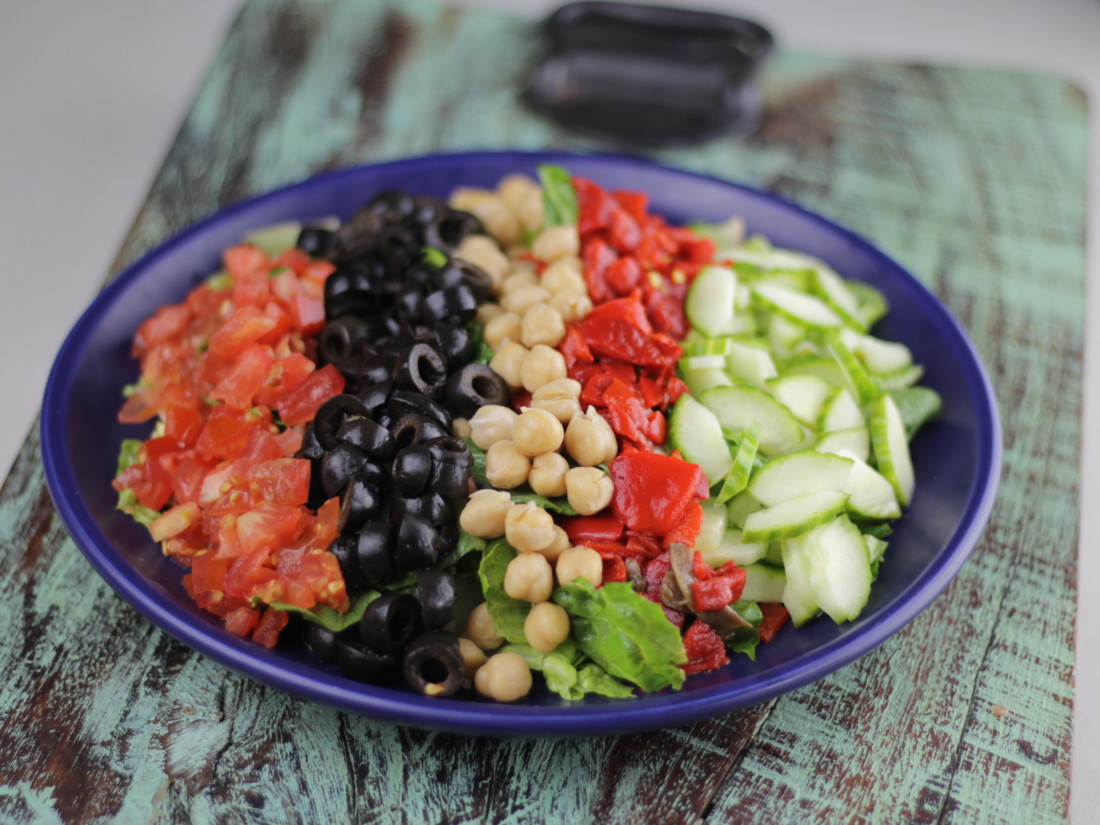 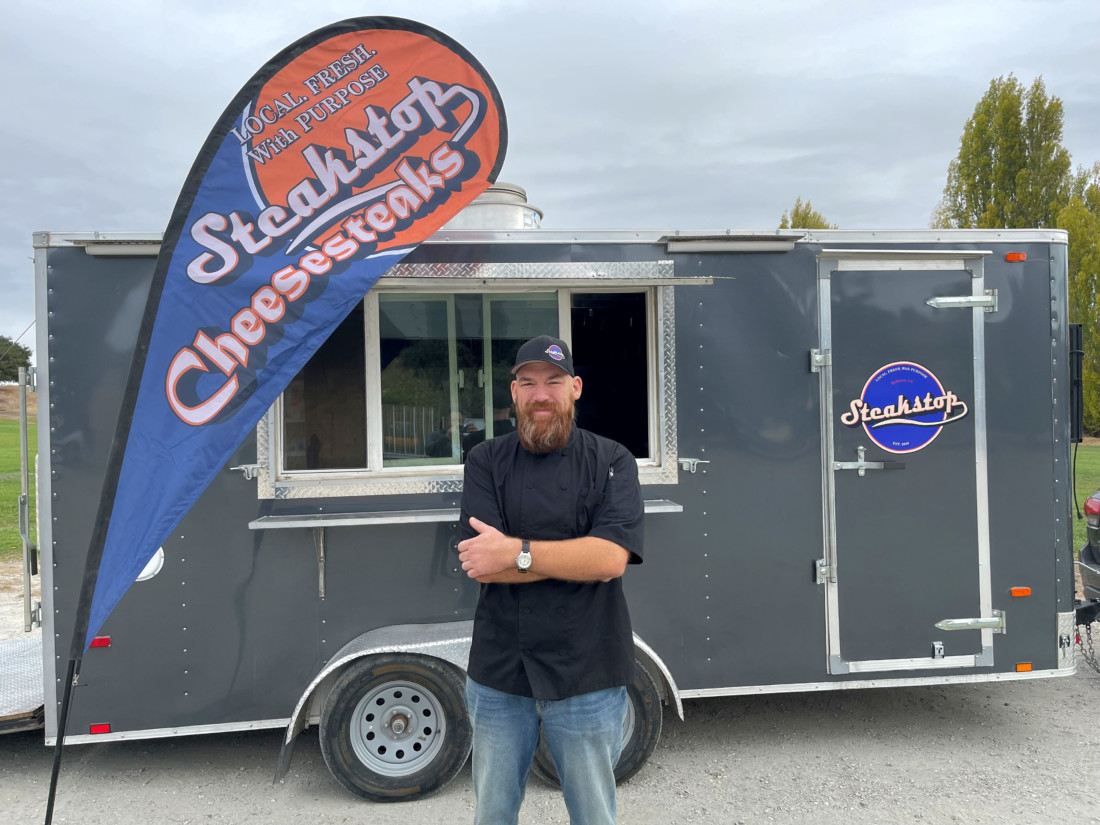 Joseph Elmhorst and his food truck. Photo by Robert Eliason.
×

Serving gourmet steak and chicken cheesesteak sandwiches, Joseph Elmhorst’s Steak Stop Food Truck has been a feature at the Hollister Farmer’s Market this year. With the market now closed, his sandwiches will soon be available as the city’s first licensed food truck operating in a fixed location within the city limits.

Elmhorst will be opening Oct. 27 at 255 Apollo Way, in the vicinity of the San Benito County Sheriff’s Office. And if Elmhorst has his way, that is just the beginning of food trucks as a local destination for Hollister food enthusiasts.

“I have grown to really love the food truck concept,” he said. “You can engage with customers on a level that you can’t in a restaurant. It increases the passion for what you are doing. I think that builds into the dynamic of the business model and I think it is a food movement that Hollister would welcome.”

With 12 years’ experience as an executive chef at Togwotee Mountain Lodge in Wyoming, a chef at the Aramark restaurant in Yosemite National Park, and owner of his own Desert Fish catering business, Elmhorst has moved in a new direction, reinventing himself as the owner and operator of his own food truck. He opened in June as a feature at the Farmer’s Market, the County Fair and the Swank Farms Fall Experience.

“I needed to figure out some way to get back into the workforce,” he said. “Chefs of my caliber were not really required during the pandemic, so it was really hard to find a job. I was raised in San Benito County and spent most of my life in Hollister. So I wanted to bring my cooking back to this city and add my own culinary influence into this region.”

Casting about for the focus of his next business, Elmhorst considered the popularity of tri-tip as a local staple.

“I was thinking about ideas of what Hollister is,“ he said. “We are rooted in meat and potatoes here, so I wanted to bring that but say something a little bit different. I thought cheesesteak would be a perfect fit: it is comfortable, already contains staple ingredients that are in our diet, but with a subtle nuance that nobody else is doing out here.”

Starting with a basic cheesesteak, Elmhorst added a chicken version, as well as an Ahi tuna burger with a roasted poblano coleslaw, and a grilled hamburger.

“We are geared to do gourmet sandwiches but we are developing some killer salads as well,” he said. “We are also going to try out a ham and cheese Cubana sandwich and a few other surprises.”

Getting closer to downtown Hollister

It has not been easy for food trucks to operate in Hollister, with regulations geared more toward constantly mobile vendors such as ice cream trucks, or for temporary permits for street fairs and special events.

Ordinance 1100, passed by the Hollister City Council in July 2014 limits their operations to one of five areas of Hollister, mostly around the industrial park on San Felipe and the airport.

Working with Abraham Prado, Hollister development services director, Elmorst was able to work his way through the permit process. According to Prado, food trucks seem to be gaining in popularity.

“I know there is a lot of interest because we have provided a lot of information to people about the process of getting permits,” Prado said. “In fact, just before a recent Hollister City Council meeting where food trucks were discussed, I was taking calls from people who wanted information.”

On Oct. 18, Elmhorst appeared before the City Council to propose a location that would allow food trucks to come closer to the restricted downtown area to serve as a permanent base for a variety of trucks. The property, at 109 San Benito Street, is an undeveloped lot that previously was occupied by a Kentucky Fried Chicken franchise.

“I have been in contact with the owner of the property,” he said, “and I have come to terms, contingent on city approval, that would allow us to operate a mobile food unit at that location with the intention of adapting it into an environment that multiple units can be established as the clientele develops and grows.”

While this proposal would require more study, as well as changes to existing ordinances, before any trucks could locate there, the City Council responded positively to the idea.

“It absolutely could enhance the food experience in Hollister,” Councilman Tim Burns said, “given the opportunity and done correctly. I see the value and the benefit. I am very much open to a broader, bigger conversation as to expanding the locations where they are allowed to operate.” 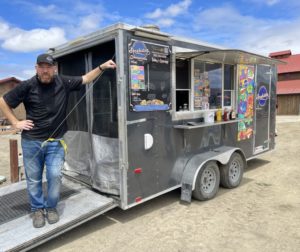 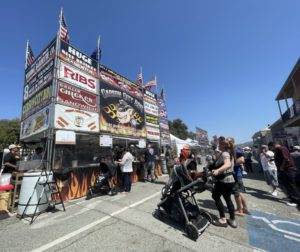 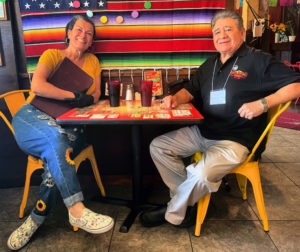