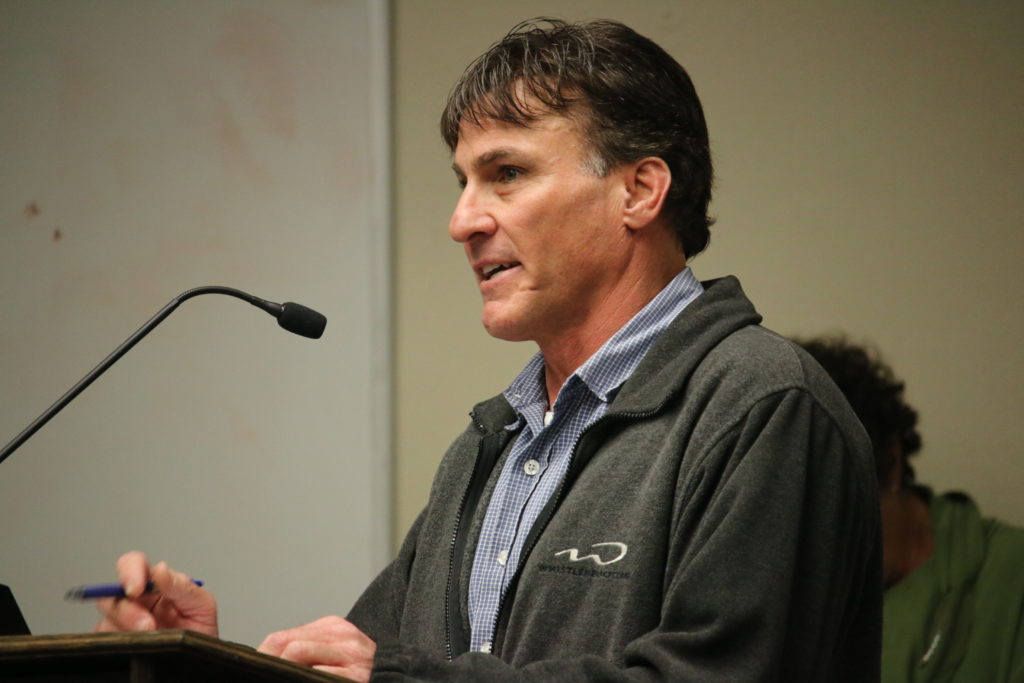 Darin DelCurto said he would appreciate 90 extension to complete his bid. Four members of the city council members voted Jan. 19 to extend the time period for the request for proposals 90 days to develop the 400 block in downtown Hollister and continue the item to the March 21 meeting. Mayor Ignacio Velazquez recused himself because of his ownership of The Vault, which is located adjacent to the property.

The original request for an extension was 45 days. Councilman Raymond Friend wanted to know if there was more than the one proposal submitted.

“We do know that there is a least one other person considering this and the proposal that was submitted, due to the holidays, they explained they had a difficult time packaging the proposal so the request is for at least 45 days,” said Mary Paxton, program manager for the city’s Development Services Department. “We have discussed with the other party a request for 90 days.”

When Friend asked Paxton if she was requesting a 45-day extension, she responded, “Unless it’s the pleasure of the council to extend that to 90 days.”

City Manager Bill Avera assured Friend that the department wasn’t asking for anything other than an extension and said if the council wanted it to be 90 days the staff was OK with that and would like to have the clarification as part of the motion.

Counciilwoman Mickie Solorio Luna wanted assurance that more than one organization was expected to make a bid. Paxton said the original request for propoal was emailed to some 30 individuals and if the extension was granted it would be sent again. Friend recommended the 90-day extension.

Darin DelCurto said he had submitted a proposal and would like to have an extension of 60-90 days.

“We want to propose a first-class project as it is the gateway to downtown,” he said. “We’re going to need at least that much time to put our renderings together. I also wanted to bring up in the list of potential tenants that we submitted listed Community Foundation of San Benito County. There was a missed communication so they won’t be one of the potential tenants.”

Keith Snow wanted to read the details of the proposals and was reminded by Friend that the business at hand was an extension so more proposals could be submitted.

Paxton said, “The request for proposal does clarify that it should be a building at least two stories and should be for a catalyst project to stimulate new economic development activity in downtown Hollister, and they would need to acquire all of the property.”

Snow continued to question why he could not look at the contracts online.

“Once we receive the proposals the public will have numerous times to have input as to what they think of the proposals before we select one,” Friend said. “It hasn’t been decided if we will select any of the three.”

Marty Richman said it was a good idea to extend the period by 90 days in order to get as many proposals as possible. He added, however, that there may have been an administrative error.

“We should not have published the proposal that came in,” he suggested. “I don’t think it’s fair for the people who will come behind. Since it was not a complete proposal, and just a sketch, I don’t think a lot of damage was done, but had it been a complete proposal it would not be fair for somebody to put their cards on the table to say what they’re going to do. We ought to adopt some rules about keeping the proposals private until we decide it’s an open issue.”

Ruben Lopez said he would like the block to be renamed after longtime educator and holiday community meal organizer Marley Holte.

“I drove by Dunne Park today and was also on Beverly Drive where Frank Klauer Park is. I see Fremont Peak every day. There are all kinds of places named after individuals,” he said. “I think Marley Holte deserves to be recognized. He was quite an active member of the community in the Rotary Club in Hollister and San Juan Bautista. He started a dinner for the poor and the homeless.”

He described his vision for the block to include an area for concerts to draw people downtown. He said he hoped in could be called Marley Holt Plaza.

None of the council members objected to the 90-day extension and the proposal was passed.