5 transitional housing units will soon be installed and a total 16 units are planned. 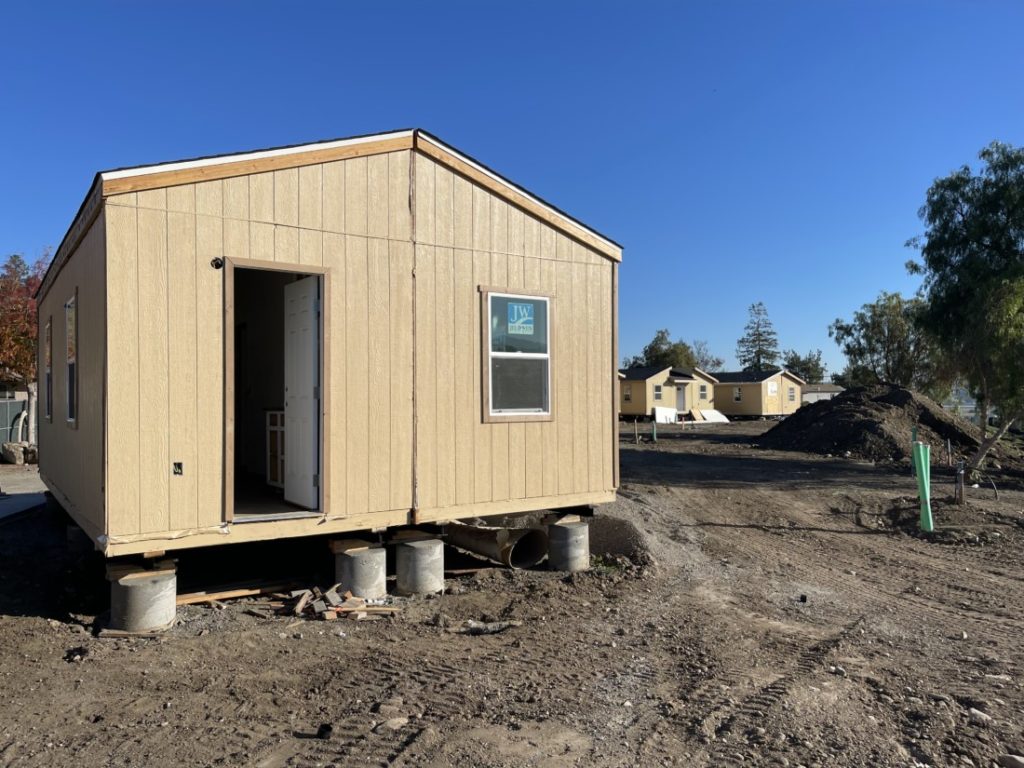 Tiny houses at the Migrant Center. Photo by Robert Eliason. 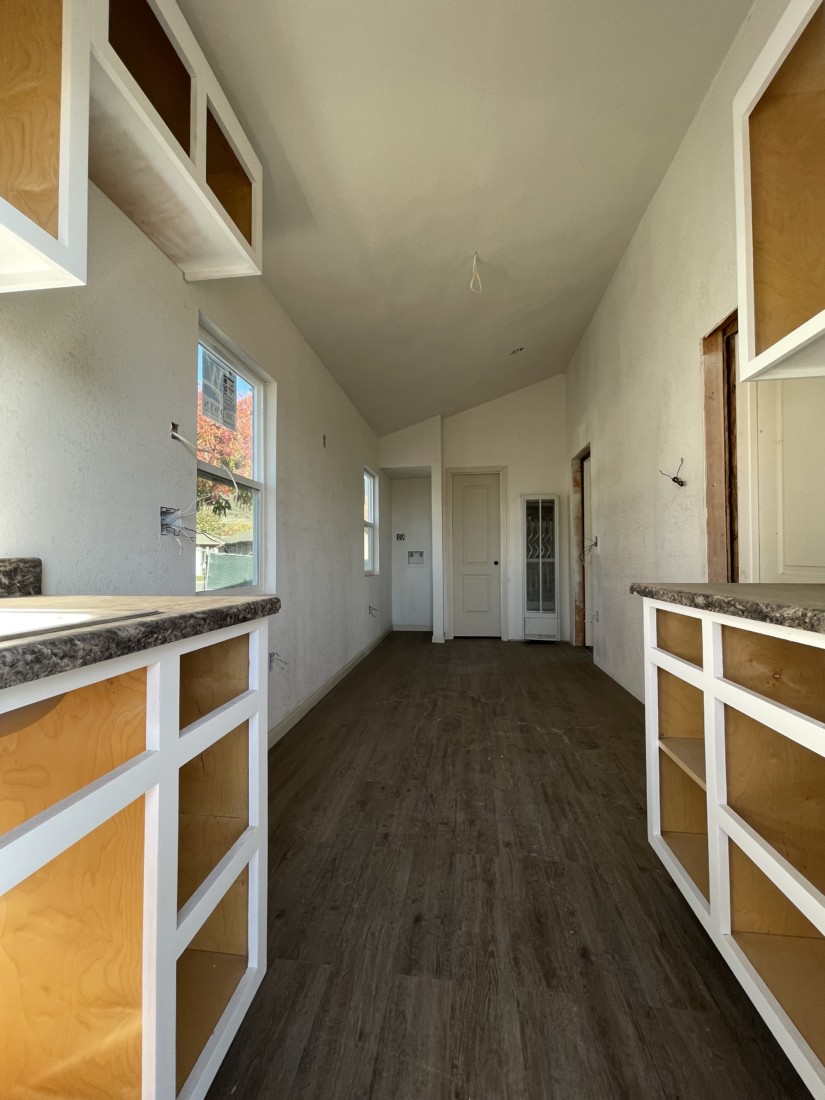 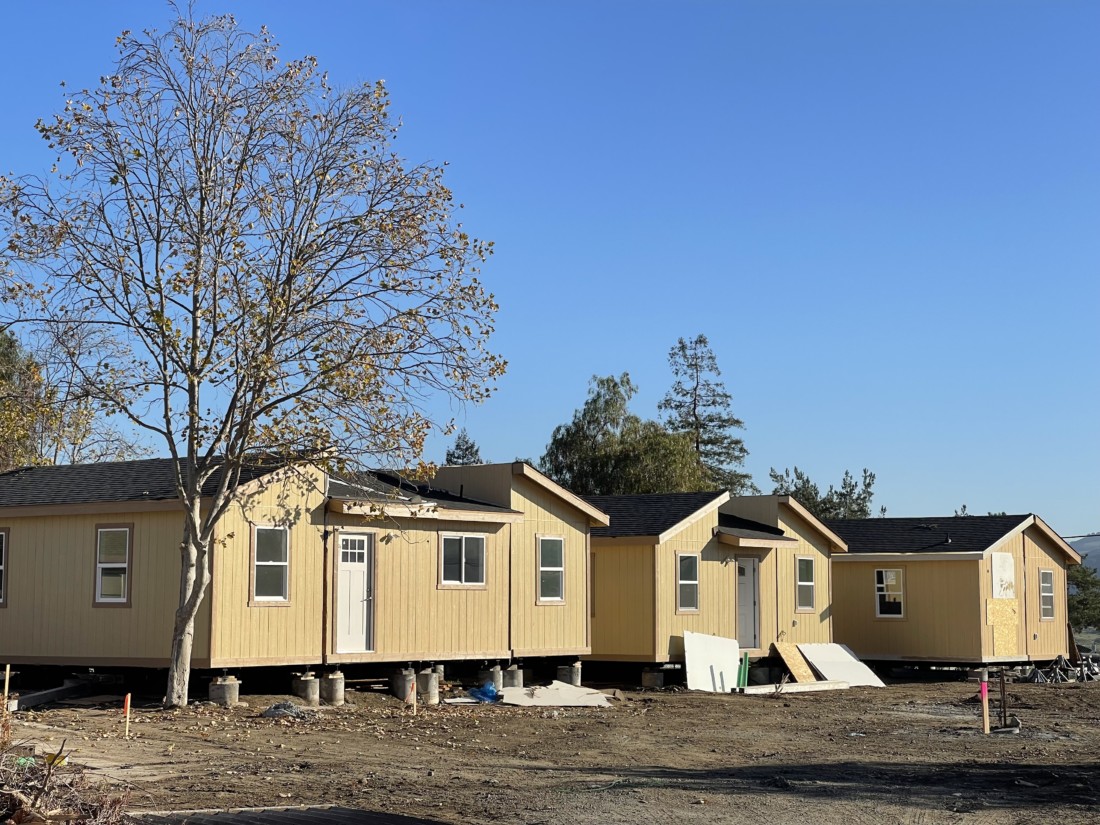 Tiny houses at the Migrant Center. Photo by Robert Eliason.
×

Five tiny homes are being installed behind the Migrant Housing Center in Hollister with 11 more planned as San Benito County aims to combat systemic homelessness with safe and secure private living spaces created in small villages.

The project is financed by a $1.1 million grant from the Coalition of Homeless Services Providers, sourced from California state funds, supplemented by $300,000 provided directly from San Benito County.

The current funds are not enough to allow the building of all 16 units so the project has been divided into two phases. The first involves land improvements and creating the infrastructure at 3235 Southside Road to support five tiny homes, scheduled to be completed in April.

Additional funds are being sought for the second phase, which will see the rest of the homes installed.

“The whole idea,” Arreola said, “is to create a safe community where people can also receive case management and supportive services, with the goal of transitioning them to permanent housing. We have not decided yet whether that transition time will be one or two years, but our goal is to get people into permanent homes in 12 months.”

Tiny homes are increasingly being seen as a means of easing the problems of homelessness in larger communities around the country.

Santa Clara County has also begun installing tiny homes, creating two Bridge Housing Communities with a total of 80 individual sleeping cabins, in partnership with HomeFirst, a service organization that provides housing opportunities and support for over 5,000 homeless residents of the county.

“The end game solution to homelessness is permanent housing for everyone,” said Andrea Urton, CEO of HomeFirst. “But if we can set up as many interim housing units as possible, we can at least start getting people off the streets and give them a safe and dignified existence.”

The tiny houses would be a valuable addition to the Winter Shelter program, which allows homeless families to stay at the Migrant Housing Center during the farm labor off-season, from Dec. 13 through April 16.

“Every year, we serve about 20 families in the winter program,” Arreola said. “At the end of the three-to-four-month period of that program, some find permanent housing, but most of them, because it is such a short time, do not and they go back to their previous situation. If we have these units ready, some families may be able to transition into them at the end of the winter program.”

Based on the 2019 census, there are 283 homeless families in Hollister, though Arreola is looking toward a new census in January for a more accurate count.

“My feeling is we have a lot more homeless individuals and families in the big picture,” he said. “I think the homeless population is a lot larger than what we have the data for. Our waiting list for the Winter Shelter is around 100 families, and we know the need for this kind of program is even greater than that.”