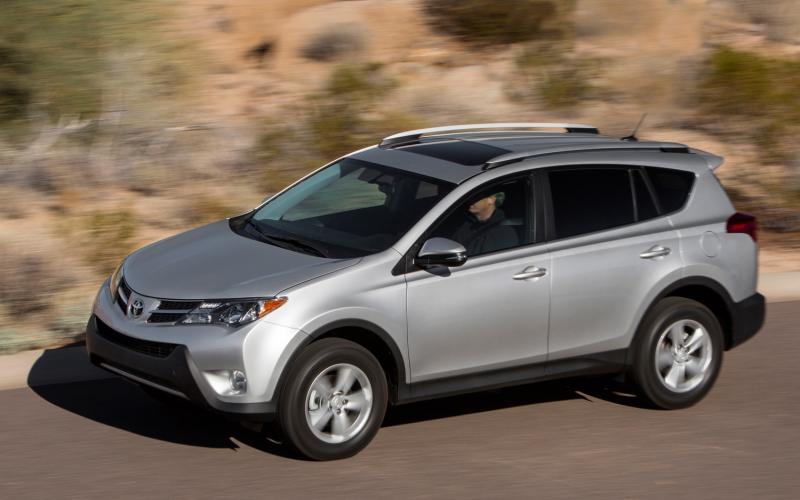 I had completely forgotten about all those sudden acceleration problems Toyota had a couple of years ago until it happened to me this weekend!

Toyota problems were major headline news for awhile but like most of the news, since it didn’t affect me, I did not really pay too much attention to it. Sounded like people had floor mats jammed up underneath the accelerator or even some folks were just making it all up. My father-in-laws Rav4 was recalled in 2011 for “accelerator pedal modification” and mat inspection and we thought all was good….. until Saturday. We were out for the day with my family enjoying lunch and some shopping in Pasadena and then on our way to visit a sick relative in the hospital. I was driving the Rav4 and stopped at a red light. All of a sudden, the engine revved way up. Fortunately my foot was already on the brake so I immediately braked even harder as the car tried to lurch forward into the intersection. Instinctively, I shifted into neutral and once I realized that I was not in control, I shut the ignition off. Some seconds later, the signal turned green and since we were in the middle of traffic, I decided to try turning the engine on again to see if we could get out of the way. The engine started and then performed normally. I dropped my family off and immediately drove to the local Toyota dealer who ran some tests and advised they found nothing.

On the long drive home up Highway 5 from Southern California, we thought more about this incident and how lucky we were that this happened when and where and with whom it did. Had this happened while one of my father-in-laws care-givers was driving with him down a busy street, things could have been much different, perhaps even tragic. While I am not an auto mechanic, it was also clear to me this had nothing to do with floor mats or accelerator pedals. This was some sort of computer control problem. As my wife began to Google the problem during the drive last night we learned the issue did not go away in 2011. The problem persists, sounds like Toyota is still in denial even though they recently settled some major lawsuits and new crashes are still being reported.

This morning I called Toyota California Customer Service and they politely took my report. We will see how they respond.

In the meantime, we feel very lucky and blessed that our “sudden unintended acceleration” did not cause any physical harm or damage. Somehow, I suspect there will soon be an American made Chevy or Ford in my father-in-laws driveway instead of a Toyota!