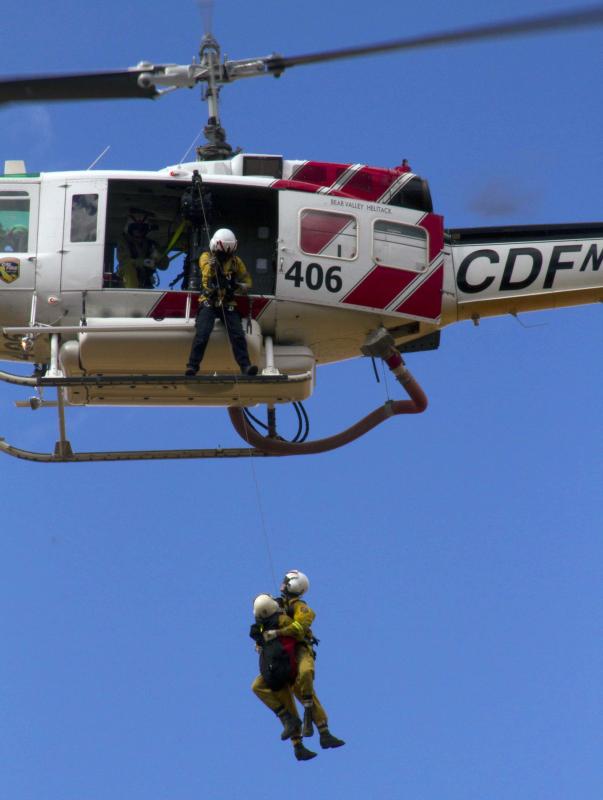 With all the crime procedural shows on TV these days—Criminal Minds, CSI, Law and Order—do you ever wonder how they stack up to the real thing? I’m not sure in all cases; however, I can tell you that Search and Rescue (SAR) takes a lot of hard work by dedicated professionals and many volunteers.

On September 21-22, 2013, the San Benito County Sheriff’s Office staged a SAR Training and Mock Search at the Hollister Hills Hudner area. Saturday morning at 7AM, more than 40 people converged on the exercise’s command post for training in using GPS, map reading, tracking, and safety. Volunteers from the San Benito County Sheriff’s Office SAR team, the Office of Emergency Services (OES), Auxiliary Communication Service (ACS), the Amateur Radio Emergency Service® (ARES), and California State Park OHV Volunteers took part in training exercises on Saturday, and a mock search on Sunday. This was accomplished in the true sense of “be prepared for anything” when the cloudy weather turned to rain on Saturday.

Later in the afternoon, when the weather cleared, a CalFire helicopter crew from Bear Valley, led by Captain Garrett Veyna, flew in to assist in the training. They demonstrated methods of extracting people, including a Stokes basket and a screamer jacket. Trainees learned how to give landmarks to CalFire personnel as well as helicopter safety.

An added treat arrived a couple hours later when a CalStar helicopter landed. CalStar 2, out of Gilroy, piloted by Neal Winterling with Flight Nurses Cortney McPhee and Kerry Brown pointed out the features of their new rear-loading helicopter. Many emergency services in the United States are moving to this type of helicopter, which has many advantages and its own set of safety rules. The flight crew explained how to load patients, and how to clear a landing zone.

After a hearty dinner, training continued which included tracking skills. Many volunteers stayed overnight at base camp.

During the morning, eight teams scoured various parts of Hollister Hills SVRA on foot, in jeeps, on ATVs, and on horseback. Searchers radioed in clues and GPS coordinates. After a quick lunch back at the command post, teams were reformed and dispatched into a more focused area where clues were discovered earlier. At 2:54PM, Raven found the missing mountain biker Patrick.

San Benito County Sheriff Office SAR personnel specialize in map and compass skills, GPS navigation, evidence collection, and man tracking. They also learn mountain climbing, rope repelling and wilderness K9 tracking skills. In the performance of searches, they hike, and use ATVs, four wheel drive vehicles, dirt bikes, and horses.
San Benito County ARES®/ACS members are amateur radio operators who use equipment and frequencies for emergency communications, and practice their skills at events such as this training exercise. The team deployed a radio repeater, handled radio check-in and check-out, provided radio dispatch services, and assisted in radio use for all participants. This was essential since cellular coverage in this venue was unreliable. Members integrated into search teams for event.

So, do the search and rescues we see on shows really match the real thing? Yes, from what they show; however, as you are now aware, a tremendous amount of effort goes on behind the scenes.
If you would like to learn about becoming a member of the San Benito County Sheriff Office Search and Rescue team, please contact Deputy Ralph Morden at 831-636-4080.

ARES® is a registered trademark of the American Radio Relay League (ARRL). 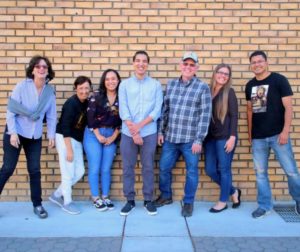 Article highlights Executive Director Leslie David along with 13 other individuals and news outlets as 'shining examples to the field.' 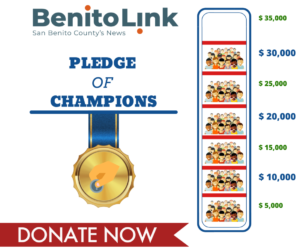 Individual donations of $1,000 or less will be matched up to a total of $35,000 until midnight Dec. 31 during our annual fundraiser known as Pledge of Champions! 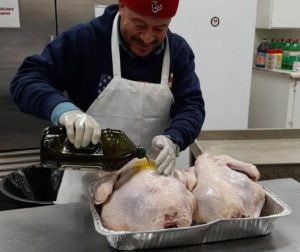 What started as a simple, gracious idea has turned into an annual event that has touched many lives. The Community Foundation is proud to give a grant to Holte Holiday Dinners and to play a part in their amazing work.