Still image from "Shootout at Tres Pinos," a three-minute film made by local teens Oliver and Finn Cross. 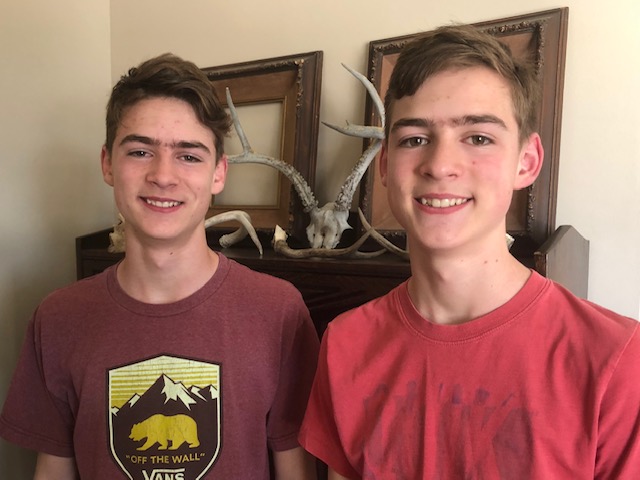 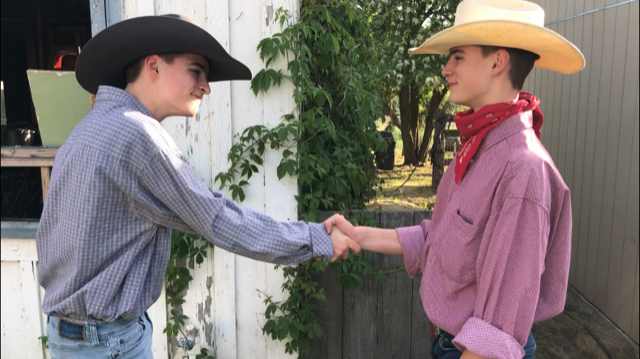 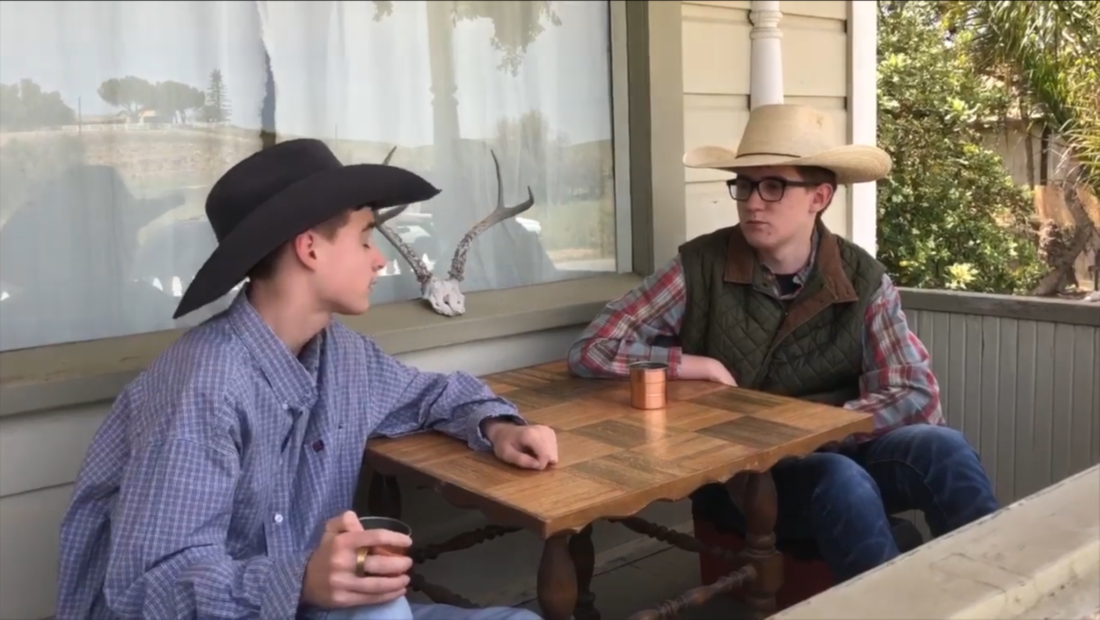 A shootout occurred in Tres Pinos the last week of April. Shots were fired, bodies fell, and someone danced for a mysterious reason. And the 13-year-old Cross twins filmed the whole thing.

Oliver and Finn Cross took part in the School of Creative and Performing Arts (SOCAPA) 72-Hour Online Family Film Slam, a competition for young filmmakers that brought in 77 entries from around the country. Their entry is titled “The Shootout at Tres Pinos.”

“My mom was looking online for film camps and scholarships,” Oliver said. “She found that and it sounded cool.”

The Vermont-based SOCAPA and Catamount Arts host the Film Slam every year, though in previous years filmmakers had 48 hours to complete their task. It’s a two-level contest for beginning and experienced students that culminates in a festival where the films are screened and prizes awarded.

The rules are set to challenge participants and keep them on their toes. Films are required to be three minutes long, and must be written, shot, and edited in just 72 hours. Following registration, participants are told of four elements that must be in the film.

“The first was a dance scene,” Oliver said. “Then there was multiculturalism. After that it was an unlikely hero. We would get started on an idea and then they would announce the next thing we had to have and we’d have to start over.”

The release of the final element acted as a signal for the filmmakers to start their 72-hour production. While the first three elements were common to all of the submitted films, the last one—genre—was assigned at random.

“We wanted to have a funny spy movie,” Oliver. “We didn’t know they were going to assign the genre at the last minute.”

Being assigned the Western genre did not sit well with Finn.

“Since I am not really a big fan of Westerns, I really could not come up with much,” he said. “I feel that was a pretty big obstacle.”

The costumes were easy, Oliver said, “because [when] we moved here we lived on a ranch.”

“So we had the costumes and props already,” he said. “There was a lot of stuff in our backyard that made it feel more Western. We used my little sister’s playhouse because it kinda looked like a saloon.”

Though filmmakers had 72 hours to finish their projects, Finn said he and his brother “really only had 48 hours to do it.”

“We had to be somewhere on the last day,” Finn said. “We spent the first day writing the script and then spent the second day shooting it. We posted it in the morning on the next day before we left.”

All of the filming took place at home, a condition of the Film Slam to reflect families living and filming in isolation. The official rules explain that “filming at home keeps you and others safe while challenging you to interact with your environment in new ways.”

The Cross twins shot their movie using an iPhone and had to work fast.

“The time limit was really stressful,” Finn said. “It’s hard to incorporate a whole story in three minutes. And we had to come up with a script right then and there.”

“I stayed up until midnight editing the whole thing,” he said. “Oliver was the main character, but I was in a scene or two. He was a lot more involved in the shooting and I preferred to do the editing.”

Oliver said he sees filmmaking as a potential career.

“In this movie, I acted, and when I first acted I thought ‘that was really no good,’” Oliver said. “I like editing more. You can take something and you can just make it look better. You get excited thinking ‘wow, this might have a chance in the competition.’”

Finn agreed that filmmaking might be in his future as well.

“I’ve always had an interest in filmmaking and acting,” he said. “I think being a Disney Imagineer would be cool. Being an editor would be a good job too. It’s fun to come up with a story and see it play out.”

Awards went out for Best Film, Best Acting, Audience Favorite, and a “surprise” category at the end of the Film Slam. Judges included actors Luis Guzman, David Rysdahl, and Zazie Beetz, along with writer-director Craig Johnson. The top prize was $1,000 and a scholarship worth up to $2,500 toward SOCAPA programs. The grand prize winner was “Familiar” by Team Lozar, the story of a mother with lupus and her family of everyday heroes. All the films are currently available for viewing online.

Though the Cross twins did not win any awards, they were not discouraged.

“I think if we had the extra day we would have had more time to edit and a better script,” Finn said, “but some of the other films were excellent.”